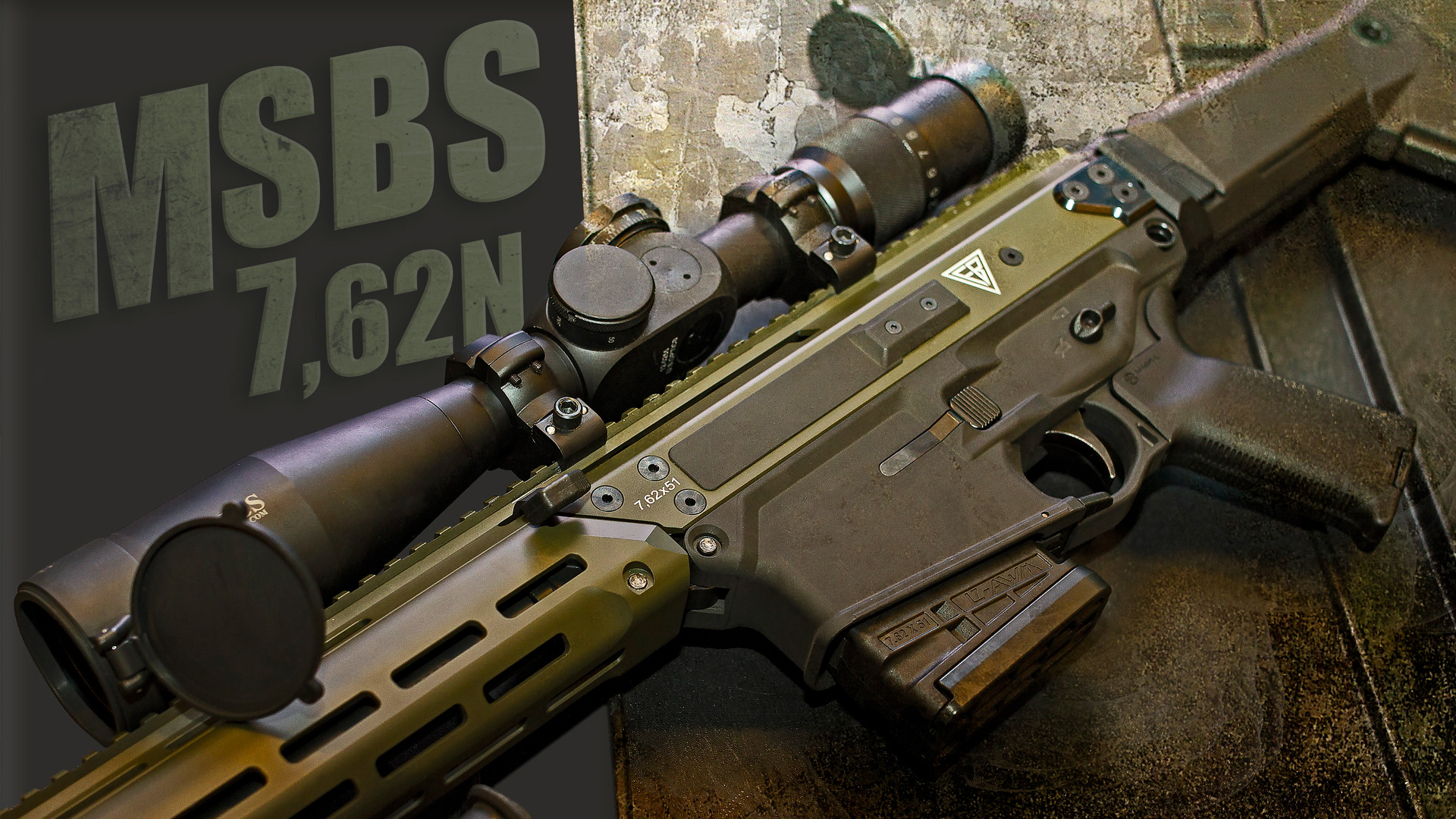 Right from the early stage of MSBS (Modułowy Systemem Broni Strzeleckiej, Modular Firearms System) project, it was planned as a complete family of firearms with base 5.56 x 45 mm assault rifle in both standard and bull-pup versions and LMG/DMR/dozen of other variants.

The works on 7.62 NATO MSBS designated marksman rifles began in the end of 2015 when Polish MOD announced analytical works for the replacement program of Soviet SVD Dragunov sniper rifle. It should be highlighter that MSBS-7,62 project is completely funded by FB Radom what means that new weapon system is a completely independent program and will be developed further even without MOD. This will allow to avoid unnecessary delays as it happened to the MSBS-5,56 assault rifle program finally introduced to service as GROT.

The following military specification for new DMR rifle platform was required by MOD. The DMR will be used to combat enemy personnel (with ballistic protection) and unarmored or light armored targets in up to 800 meters distance. DMR should be semi-automatic and gas operated design, 7.62 mm NATO caliber and should have at least 10 round magazines. The total weight of rifle and loaded magazine with 20 rounds (without sight, etc.) should be less than 6 kilograms (approx.. 13.3 lbs). Maximum length of barrel was set for 510 mm (20 inches) and maximum overall length of 1100 mm (43.4 in). Rifle must have full-length STANAG 4694 accessory rail on top with enough estate for optical sight and night vision or thermal clip-on weapon sights. Additional accessory rails should place on the sides and on the bottom of the handguard for bi-pod and another accessories attachment. Basic requirements also included 10,000 shots lifespan, quick-detachment suppressor compatible muzzle device and easily (not quick, field) exchangeable barrel. The rifle should be coated in Khaki, Flat Dark Earth, Grey or Sand color.

Team of Fabryka Broni Łucznik-Radom and Wojskowa Akademia Techniczna (WAT) engineers was composed of Paweł Madej (FB), Janusz Pawlak (FB), Joanna Romanowska (FB lead engineer), Łukasz Szmit (WAT), Ryszard Woźniak (WAT) and Mirosław Zahor (WAT). They developed a concept of new weapon system and started initial works.
The outcome of this project is total of six 7.62 mm NATO rifles with 16 inch (406 mm) and 20 inch (508 mm) barrels in two variants. The first is DMR with 20 in barrel and the second is precision support weapon for airmobile units (16”). Both are based on MSBS-5,56 rifle but are quite far from the basic assumptions from 2016. Yet, they still meet MOD requirements for potential replacement of SVD rifles.

MSBS-7,62N follows the MSBS-5,56 design and shares some parts as handguards, stocks and grips which are interchangeable. Rifle keeps same setup of manipulators and use the same design solutions, accordingly oversized due to the use of more powerful ammunition. Internals were reinforced as well as both receivers. Barrel is thicker because of obvious reasons. The rifle still can be easily converted from the right-hand shooter configuration to the left-handed setup. At this moment, the bull-pup variant of MSBS-7,62N won’t be considered.

The 20” MSBS-7,62N DMR comes with fixed adjustable stock from aluminum alloys designed in-house. The 16” version has standard MSBS/GROT side-folded stock. We are glad that handguard will be interchangeable between .223 and .308 versions, because short handguard was the main subject of complain in Grot S16 FB-M1 sport rifle based on military C16 FB-M1

Rifles are heavier than assault rifles which is nothing unusual. The 20-inch version is approx. 5 kilograms and 16-inch is approx. 4.2 kilograms. It should be highlighted that it is weight of the rifle without accessories. Our GROT S16FB-M1 with EOTech EXPS-3 & EOTech G33 combo attached and full 30 round magazine is approx. 4.6 – 4.7 kilograms. When you will add the precision optics, bipod and ammunition to the weight of the rifle, it will increase significantly but this is something usual for the .308 rifles – remember HK G28 DMR and its standard (heavy) and patrol (lightweight) configurations?

There are two types of triggers currently used in trial rifles. First is commercial off-the-shelf trigger from United States and second is the modified trigger from MSBS-5,56. The MSBS-7,62N will be compatible with AR-10 style triggers available commercially. Safety for commercial rifle will be different.

Both MSBS-7,62N versions are designed as semi-automatic rifles but engineers declare that full-automatic variant can be developed if required. This could be a chance to build a Polish equivalent of FN Herstal SCAR family with 5.56 and 7.62 rifles and assault rifles. state, that they can without any problem develop full-auto versions if such will be required. Lessons learned from Afghanistan showed that Polish soldiers lacked range and accuracy of 7.62 mm rounds. A necessary of introduction heavier caliber rifles (in both semi-automatic and full-auto configurations) was reported by Polish airborne and airmobile soldiers from ISAF deployments.

At this moment, both rifles are in development phase. Both can shoot and are currently tested in-house.

We have to admit that the design is simply neat and can be liked. From the ergonomics side they are as same as MSBS so there is no point to how they work. Aluminum stock of 20-inch DMR is comfortable and can be adjusted in great range. Also, additional monopod for stability can be attached. Unfortunately, we had no opportunity to shoot, but we hope that in the future we will have opportunity to take them to the range. For now, we were told that they work well and there is not much to complain about. Maybe in the end of 2018 or in the 1Q2019 the prototype MSBS-7,62N will be available for testing. and conduct factory tests.

What will happen if Polish MOD decide not to adopt MSBS-7,62N? Or select something different? Nothing. Because project right from the very beginning is funded by FB Radom what means that weapon can be sold to the civilian market or exported. This is very good information because it appears that when MSBS-7,62N rifles will be procured by Polish Army ,it will finds its way to the hands of the soldiers very quickly and civilian shooters will not have to wait long to buy one. 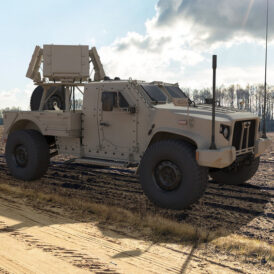