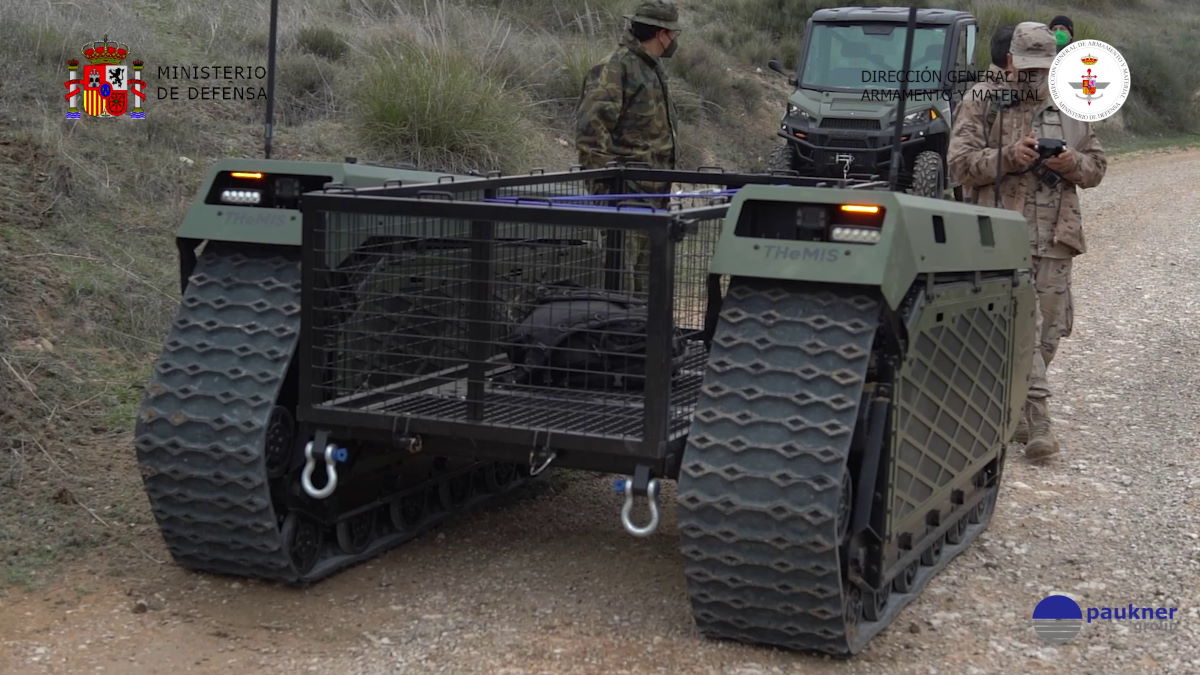 The Ministry, through the Directorate of Armament and Material, awarded the contract for one THeMIS UGV to A.Paukner, S.A., Milrem Robotics’ representative in Spain.

The THeMIS was acquired in the framework of the Scorpion program that was launched in early 2021 to evaluate the capabilities of existing unmanned ground vehicles. During the first phase of the program a list of missions will be defined that can benefit from the usage of unmanned ground systems.

The THeMIS has already proven itself to 12 countries, seven of which are members of NATO, as a capable, robust and versatile system. We are glad that Spain has joined as the 13th user of THEMIS and chosen Milrem Robotics as a partner to build their robotic and autonomous systems capabilities.

A.Paukner, S.A is proud to become the first supplier of a UGV platform to the Spanish MoD within the framework of the ambitious “Escorpion program” devoted to testing and evaluating these unmanned ground systems.

The THeMIS UGV is a very powerful, flexible, and easy to deploy multirole platform (also quickly configurable for disaster relief and firefighting missions, if needed) to be incorporated with leading edge Spanish Industry solutions. The combination of technologies provides a solid product and new capabilities to the Spanish Army which could potentially also generate joint business opportunities with other allied Armed Forces. The support and commitment of Milrem Robotics for this project have been outstanding. We are grateful for this support as well for the MoD’s trust in our company and its unmanned systems portfolio.

THeMIS provides a robust robotic platform ready to be equipped with several payloads in order to boost experimentation and other R&D activities with a reliable and well-known solution.

Representative of the Spanish MoD’s program

The THeMIS UGV is a multi-mission capable system intended to support dismounted troops that can serve as a mule for transporting a squad’s gear or be rapidly converted into a weaponized remotely operated unit to offer force protection.

It is the first system in its size class deployed to a conflict area during the anti-insurgency operation Barkhane in Mali. During the deployment, the THeMIS traversed 1200 km in one of the world’s harshest terrains of lava rock soil and climates climbing to 50 degrees Celsius in the shade. The UGV was operational for over 330 hours. 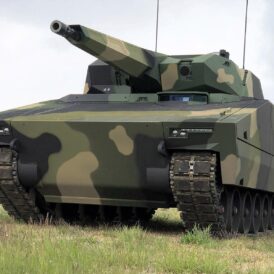