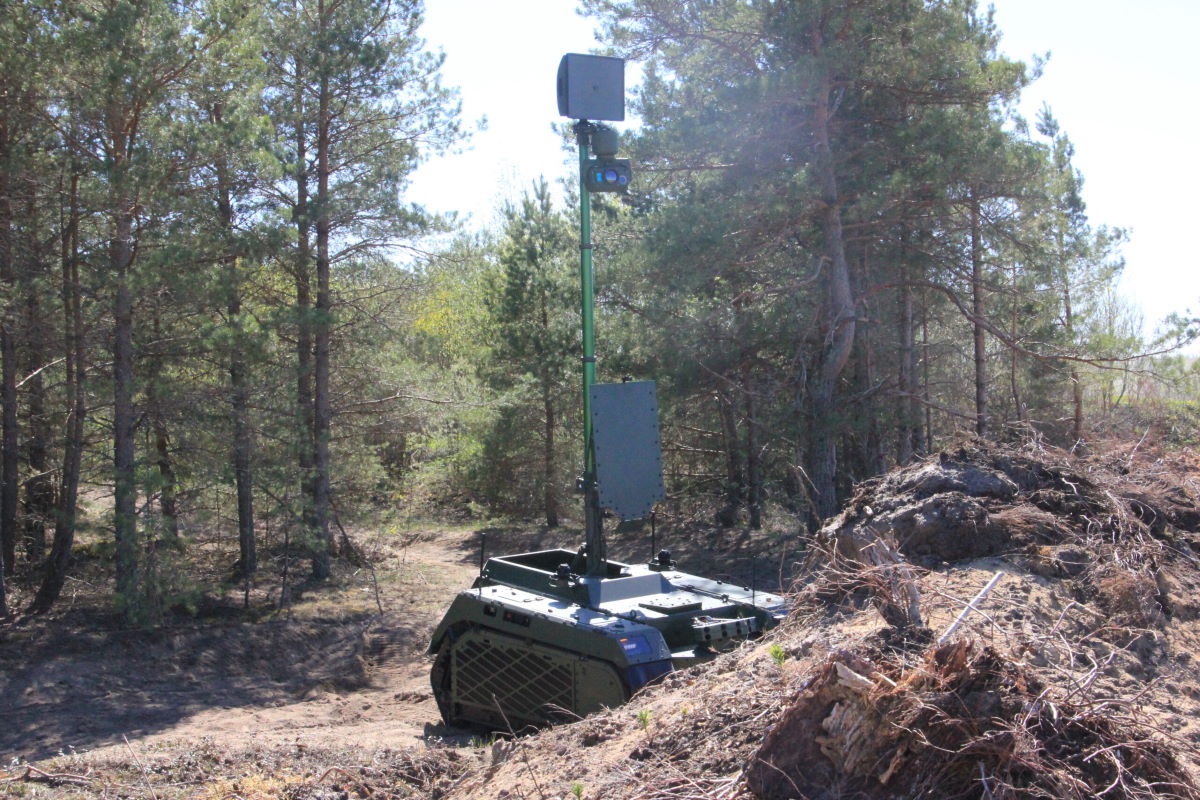 A UGV based ISR system significantly increases a tactical unit’s reaction speed on targets as well as the stand-off distance from enemy units. Thanks to that the capability and survivability of tactical reconnaissance units will increase considerably. dding that this type of capability is usually not available on one platform for light infantry units.

The THeMIS Observe is based on Milrem Robotics’ THeMIS UGV and integrated with ISR equipment from various leaders in their fields. The system includes the Z:Sparrowhawk camera from HENSOLDT, the Squire radar by Thales, Metravib Defence Pearl acoustic shot detection and the ROSY (Rapid Obscuring System) by Rheinmetall. The system can also be equipped with a light remote weapon station.

The combination of those systems allows units to do multi-sensor identification on one platform and react faster on emerging targets.

Additionally, the THeMIS Observe is equipped with Milrem’s Intelligent Functions Kit that enables autonomous functions such as follow-me, waypoint navigation with obstacle detection and avoidance.

Trijicon® Inc. Introduces the Dual Defense™ Kit for RMR® – Making Adoption of a Pistol-Mounted Red Dot Easier Than Ever

The THeMIS Observe will be demonstrated during the European Commission’s European Defence Industrial Development Programme (EDIDP) funded iMUGS project’s fourth demonstration in Belgium in June. The iMUGS project aims to develop a European standardized unmanned ground system (EUGS). During the project, modular and scalable architecture for hybrid manned-unmanned systems will be developed to standardize a European wide ecosystem.