For 15 years, Blue Force Gear has provided our legendary tail-less Vickers Sling as the optimal sling for battlefield use. We are proud that our go-to favorite VCAS® is the standard issue sling in elements across the US Military to include the USMC.

That said, some very dialed in Blue Force Gear customers got hooked on tail early on in their gunfighter life and just never could break free. They like the longer adjustment range of the loose ended two-point slings and were willing to put up with all the downsides to keep getting the tail they want. In many cases these shooters are our friends and they seemed to genuinely feel bad that they can’t break the tail habit and jump on the BFG VCAS train. So, we decided to offer them a better choice. We looked at a lot of tails and carefully listened to why some of our best customers in the SOF world can’t go tail-free. After years of development, we can now offer them the best tail they ever had: The Blue Force Gear GMT Sling.

In case you never tried a two-point tail sling here is how BFG innovated solutions to the known downsides:

Old Tail Sling Adjusters – Some older slings use the old ALICE Pack strap adjuster which has a spring that can fail, and Murphy will pick an inopportune time. The quickest way to deal with the busted spring: tie a knot in your tail and lose adjustability. Some tail sling makers avoided the spring issues by using ladder lock adjusters also borrowed from pack applications. It was a nice try but the adjuster lift tab for lengthening can catch on gear like radio antennas and unexpectedly zip your sling out to full length.

BFG Optimized Tail Sling Adjuster – We started from scratch and developed a two-piece adjuster purpose built for weapon sling use. It has no spring to fail and has no extended-release tab to catch on things and cause unexpected sling opening – failure points eliminated!

Old Tail webbing – We’ve seen loose tails in front of muzzles (yes, you get your tail shot off!), behind the trigger (no bueno during gunfights) jammed into magwells over top of a fresh mag (show-stopper – took two people to get the wedged mag out), flipped up in front of the optic (a problem when lead is flying both ways.) In addition to going bad places, the thin standard webbing just feels terrible on your neck.

BFG Superior Tail Webbing – Our custom thicker webbing keeps the tail from easily finding its way into bad spots and increases comfort and durability. Our thicker tail is better!

Now, for the first time ever, you have the choice of a tail or a captured tail design sling from the maker of the finest weapons slings in the world. You said, “Give Me Tail”, so we did. 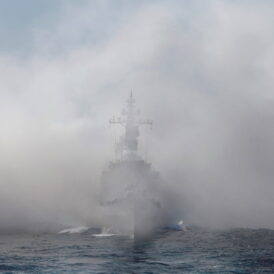