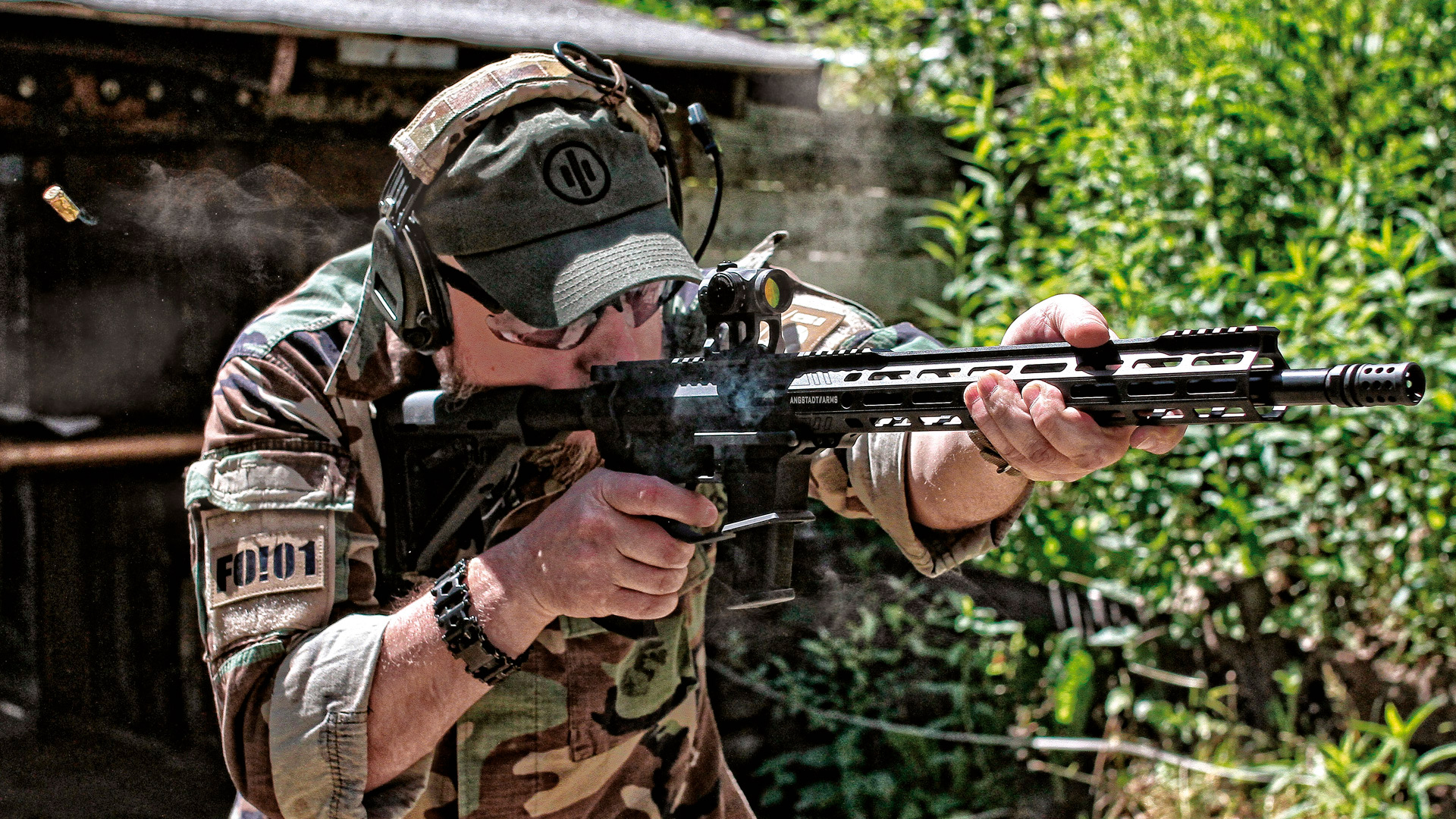 Recently, Pistol Caliber Carbines or PCCs in short, popularity is rapidly growing. One of the most interesting designs from that category is UDP- 9 and its uber-cool Jack9 variant from Angstadt Arms company from Charlotte, NC, USA.

Where growing popularity of PCC firearms comes from? First, of course, is money. In times when everybody tries to save a buck or two, the single 9 mm round cost a lot less than .223 or 7.62×39. Second, this is a perfect way to have something bigger than a pistol, a semi-auto version of the most popular submachine guns. Back in the days, most popular firearms in that category were semi-auto German HK MP-5 or Israeli Uzi. Now, CZ Scorpion EVO 3 or SIG Sauer MPX are the thing, but recently people are more often looking for 9 mm AR-15 clones. First AR-style firearm chambered in 9 mm was Colt SMG from 1980’s. It was fed from then industry standard Uzi SMG 32 round magazines, but it did not draw too much attention. In that time, absolute shining star and “must have” was MP-5, famous after Operation Nimrod, hostage rescue operation of Iranian embassy in London. 9 mm AR had to wait for its time.

Angstadt Arms in this part of globe is still less know company from Charlotte, North Carolina, USA, but since 2015 they micro-sized 9 mm and .45 ACP AR-style guns. Their 9 mm weapons are fed not from not-compatible-with-anything-else magazines, but from standard Glock 17 magazines, that are available literally everywhere and are dirt cheap. Firearms market is stuffed with whole array of them, starting from original Glock’s (that are recommended by Angstadt), Magpul’s, ETS, Korean 50 rounds drums and whatever can be found in the closet. If someone owns a Glock, now he has two firearms fed from same magazines. Company is young, but its owner, Rich Angstadt, was in firearms industry for years. The Angstadt family is pretty known in the south-east states of USA since it was making Kentucky (or Pennsylvania) Long Rifles in 18th and 19th century!

Whole thing with UDP-9 begins with idea to create a reliable AR in 9 mm fed from the most popular magazines on the planet, the Glock ones. The main purpose of that firearm was supposed to be mainly for personal protection of citizens, especially for times of incoming Apocalypse or falloff the government. Yeah, typical American marketing story for SHTF time. It is easier to fight when you have multiple weapons that all run on same magazines. At least this is what the company is saying. The compact size of the UDP-9 makes it ideal for home defense, security detail, law enforcement and anywhere space is at a premium. From that assumptions UDP-9 was born. A pretty slick shooting platform firmly build and available in few versions with different barrel lengths plus some variants compliant with various US state regulations.

The Jack9 is a collaboration between Angstadt Arms and Sharps Bros. custom workshop offering unique lower receiver with magazine well that by the power of CNC machining was turned into the shape of skull! Jack9 looks simply amazing, especially when the gun is custom painted or coated. Jack9 is the modification of Sharps Bros. “The Jack” lower receiver with the skull designed for AR-15 where upper jaw serves as flared magwell.

Both Jack9 and UDP-9 are based on proven AR-15 layout with lower and upper receivers made from billet 7075-T6 aircraft grade aluminum with black hard coat anodizing, off course reduced here and there and made just a bit simpler. Those two parts are joint by two pins. Just by the first look we can notice lack of characteristic forward assist and dust cover – Angstadt call it slick slide upper.

At the top of the upper receiver there is continuous Picatinny rail for sights and just below it, so well-known from AR-15 rifles, T-shaped charging handle. Nothing unusual here. Lower receiver has distinct narrow magazine well that entry was flared to make reloads easier and faster. Just behind the mag well on the right side there is fenced magazine release button. The small fence prevents unwanted magazine release. Button itself is connected to lever that goes into notch in the side of Glock magazines. On the left there is a bolt release lever.

Angstadt Arms UDP-9 family is closed bolt firing, blowback operated gun so there is no Stoner’s gas tube, gas block or gas key so number of parts that can fail is greatly reduced. After last round bolt is locked to the rear. Trigger guard is oversized for shooting in gloves If someone don’t like standard MIL-SPEC trigger, it can be simply changed to any other as the UDP-9 is compatible with almost all AR triggers as they share an exact same design.

Chrome-moly Melonite-coated barrel has chromed bore and 1:10 twist. Muzzle end is 1/2×36 threaded with comes with 4150 steel muzzle device which can be unscrewed off and replaced with suppressor.

The UDP—9 hand guard is simple and lightweight, made aluminum alloy rail. Depending on version it can be 5.5 or 13.5 inches long. It comes with Picatinny rail on 12 o’clock and seven rows of Magpul M-LOK slots at 1, 3, 5, 6, 7, 9 and 11 o’clock that allows user to mount wide variety of accessories such as laser pointers, lights, front grips, handstops or slings.

UDP-9 and Jack9 comes with Magpul K2 polymer pistol grip that is more angled that standard A2 one.

UDP-9 is available in following versions:

Angstadt Arms Jack9 is available only with fixed Shockwave Brace. .45 cal UDP-45 is currently only available in Pistol configuration with 6” 1:16 barrel and SB Tactical SBA3 Brace.

One of the recent success of the Angstadt Arms is US Army award for Sub Compact Weapon Prototype Opportunity. The company is one of the six chosen to deliver prototype 9 mm firearms which will be considered as potential Sub Compact Weapon, “a highly concealable 9mm system capable of engaging threat personnel with a high volume of lethal force while accurately firing at close range with minimal collateral damage”. US Army is currently looking for up to 1,000 submachine guns. Good luck!

All of the Angstadt Arms PCCs he had opportunity to shoot are fun. There is almost no recoil and trigger (even though it is normal MIL-SPEC with trigger pull of around 7 lbs) works really well. Fitting of the every part is very snug. There nothing is wobbling and nothing creaks.

The best part is of course the common layout with AR-15 rifles. This makes your training way easier (the very same operations and habits) and way cheaper. Another thing is that you can use PCCs on almost every shooting range, as basically all of them are pistol certified. The only difference is magazines changing, because Glock magazines are bit different and they require other cant of magazine well. Recoil, compared to standard AR-15 is significantly lower. Of course, if your Black Rifle is a race gun tuned with the most expensive parts in the market, it might be different. Yes, the terminal ballistics of 8 mm are different than .223, but if you are using the PCC as a training gun it does not matter, as this is not the long range firearm.

The only thing you can complain, from the European point of view, is the standard stock that comes with the uber-cool Jack9 which is a brace developed to meet some weird US state regulations about pistols. It’s length can be adjusted (but only with Allen wrench) and has very narrow butt-pad, almost non-existent (widest part is the buffer tube end which is like 40 mm diameter). Looks like stock, but it ain’t. Works only for one-hand shooting if you dare.
We have played with UDP-9 Rifle, UDP-9 SBR and, off course, Jack9 that looks simply amazing. We know that Jack9 soon will get some Cerakote coating so it will be really astonishing. Guns will work greatly for training and at the same time will allow to save a buck or two on the ammunition. Weapon is pretty accurate (we were shooting on the 25 meters lane) and generally we didn’t have much problem with it. No jams or other stuff. Thumbs up! 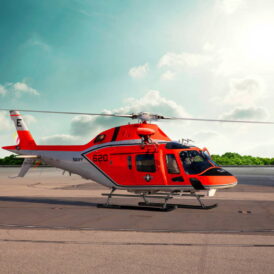