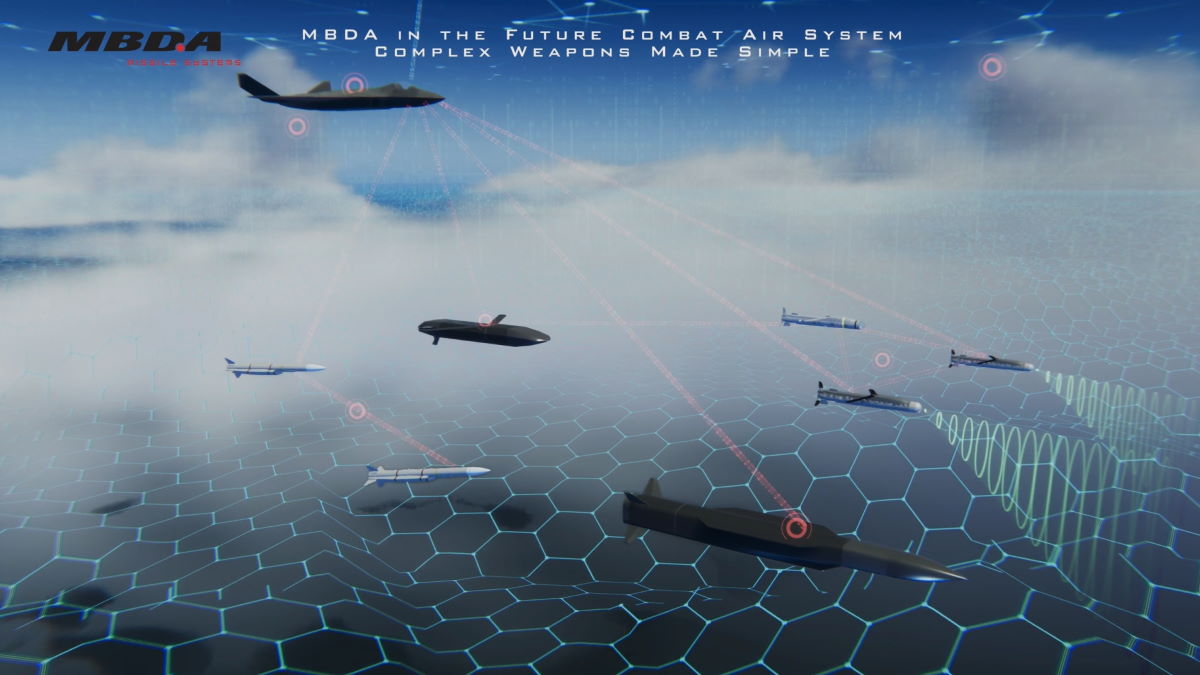 At the Farnborough International Airshow 2022, MBDA is presenting, as part of Team Tempest on the Future Combat Air System (FCAS) stand, its vision for optimising weapon effects in the future battlespace through its Weapon Effects Management System.

As part of its involvement in the FCAS programme, MBDA is developing a Weapon Effects Management System. Working closely with our Partners in the programme, the concept intends to deliver software that works in harmony with the core platform’s mission systems and sensor suite, providing the best threat response, deployable at the most opportune moment, therefore maximising the overall mission effectiveness.

In an ever increasingly complex operating environment, a pilot – or even remote operator – will need the assistance of the Artificial Intelligence (AI) and Machine Learning (ML) of a Weapon Effects Management capability to reduce their cognitive burden and facilitate the coordination of all available complex weapons in a battle space.

It may also be that the best effect does not come from the system’s core platform, but an un-crewed adjunct or UCAV or even from wider in the battlespace such as a ground or naval-based systems, or a combination of them. An additional capability of the system is to exploit sensing and data-linking capabilities on an Effector to contribute into a mission system thus increasing situational awareness This is what MBDA’s weapon effects management capability aims to manage for the pilot, providing them the optimal solution to choose from before they even have to think about it.

At MBDA, we know that networked weapons, cooperating in packs, or even swarms, will provide an operational advantage in the future battlespace. The Future Combat Air System will also have the information advantage in that same space. Coupling the two, the vision for the Weapon Effects Management System is to enable true effects optimisation, making complex weapons simple.

MBDA is able to provide customers with the ability to co-operatively manage effects, including all the technologies needed to defeat increasingly challenging future threats. These capabilities will be the basis of best-in-class next generation multi-domain systems. The FCAS programme is a further great opportunity to co-operate internationally and leverage each country’s advanced capabilities to offer the market new cutting edge performances.

Working as part of Team Tempest from the outset of the programme is enabling MBDA to concept and assess this weapon effects management system alongside all the other partners in the FCAS programme, in keeping with the objective of designing a system from sensors through to effectors from the outset.