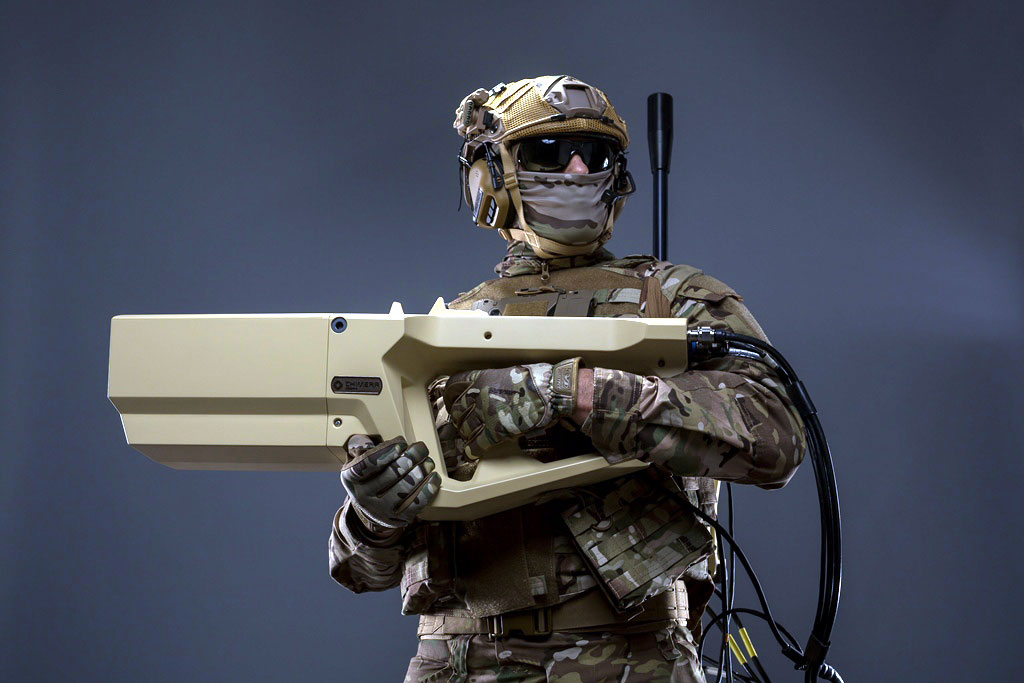 The new kit consists of three connected main elements: 1) Backpack and vest with a detection module; 2) Command and control tablet; and 3) An electromagnetic effector. The kit is unique in that it allows for a single operator in the field to detect and neutralize nefarious UAVs (Unmanned Aerial Vehicles), thanks to its new compact design that is not only more feature-packed, but is also 10% lighter than previous models.

Drone detection is processed by omnidirectional analysis of radio frequency spectrum. A method used to scan the wireless communications exchanged by any drone and its remote control. Once the alert has been given (both visual and audio), the azimuthal location of the rogue drone and its pilot are tracked by CHIMERA using a state-of-the-art and accurate directional antenna.

If the nature of the UAV is determined to be nefarious, neutralization may be activated by sending an electromagnetic pulse to the malevolent drone.

CHIMERA’s new design and technology allows for its users to perform three key tasks in the event of a drone situation:

CHIMERA differentiates itself from conventional anti-drone rifles in the following unique ways:

System Upgrades. Competing technology lacks sensors, which leaves operators with the task of visually detecting a UAV – especially difficult in harsh conditions. By pointing towards a direction of detection instead of engaging with the drone, the effector is commonly used on the hip (manual detection finding). CERBAIR’s engineers reviewed the option of a retractable stick.

Integration. To better adapt with the individual equipment of the operator, the effector has been slightly slendered on each side. This was designed to facilitate practical use in the field. Grips have also been added on the device, and handles are now equipped with special rubber coating to comfortably fit a hand or glove.

Discretion. CHIMERA is a completely passive system until the point of drone neutralization and offers a discrete footprint that is fully compatible with other devices that are potentially sensitive to electromagnetic signals. Additionally, the tablet features ‘night mode’ which short-circuits the effector’s LED’s for total operational discretion.

Safety. CHIMERA’s effector has been adjusted to limit back-radiation for the operator.

The design has also been revised with the addition of a switch that helps avoid unintentional use.

CHIMERA is already being used by special forces that protect heads of state. CERBAIR will be showcasing the CHIMERA kit exclusively at the Abu Dhabi show (IDEX-NAVDEX) at booth 07-A05. 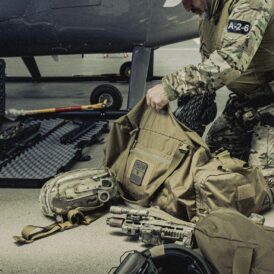