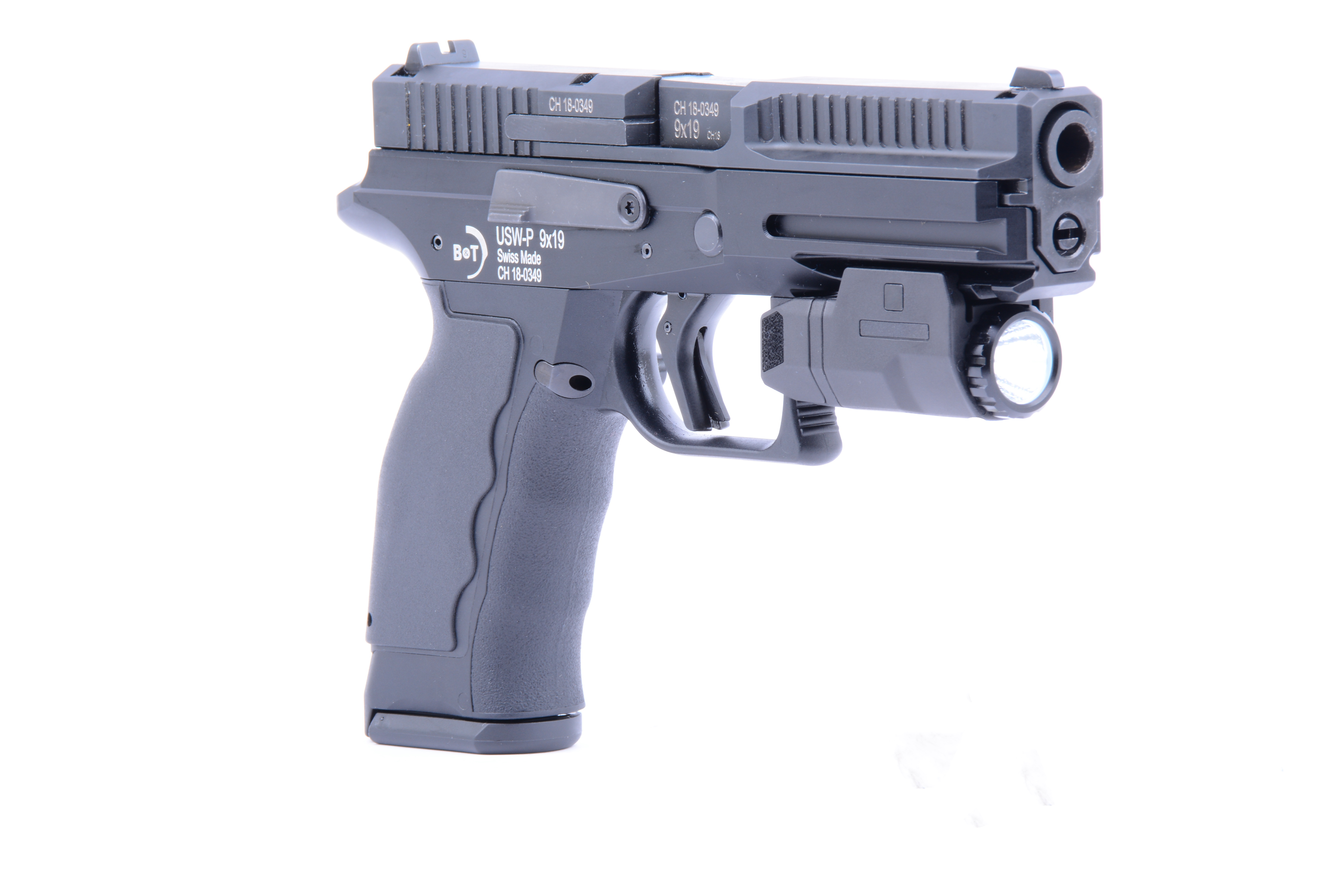 To accommodate the different needs for a 7.62 x 51 mm (.308 Win) rifl e, B&T offers two versions of the APC308: the standard APC308 in a carbine confi guration with a 330 mm barrel and the APC308 – DMR with a 480 mm barrel. Both versions have a cold-hammer-forged barrel made in Germany. The 1:12 right hand twist rate is to accommodate the widest range of bullet weights. With match grade ammunition the APC308 will produce 1 MOA accuracy. The barrel is threaded and is delivered with a B&T designed fl ash hider. This fl ash hider provides excellent reduction of muzzle fl ash and will accept the B&T Rotex-IIA suppressor. The Rotex-IIA is widely used in the world by professional users and the perfect choice for the APC308 for all kind of missions. A selector switch in the gas block can be set to „suppressor mode“ in order to provide perfect function when using the suppressor.

Normally Police Carbines/Submachine Guns and Police Pistols have different magazines even if these bot use the same 9 x 19 mm cartridge. In many situations, especially in Active Shooter / Terror scenarios, this can be a big tactical disadvantage. If a Police officer would be able to use all ammunition he carries in both of his weapons (pistol and SMG), as both weapons use the same magazine, he would gain a signifi cant advantage.
That is why B&T has developed two new Police Carbines, the APC9-G and the GHM9-G, which both are using standard double column Glock magazines. As the name indicates, these two new Police weapons are based on the established APC9 and the GHM9 carbines. B&T is using the proven uppers of these guns and adds specially developed new lowers which accommodates a double column Glock magazines. Thus will make any magazine, plus aftermarket magazines, from the 10 round Glock 26, to the Glock 17 and 19 magazines amd up to 32 round magazines usable.
The new lower is available as a lower only in order to upgrade existing APC9 or GHM9 weapons and of course as a complete weapon with APC9 or GHM9 upper. The customer can choose the right system according to his needs. All systems offer completely ambidextrous controls (safety, bolt catch/release, magazine release and reversible charging handle). One of the paramount points while constructing the “–G” systems, which will be available from late 2018, was to maintain the highest possible safety standard. Therefore the weapon won´t accidently double fi re like many 9 mm M4 systems while recharging and the safety can be engaged when the hammer is down.

The trend-setting patented concept of the B&T USW is convincing. Carbine accuracy with a normal duty pistol enables any operator to more than double the effective range of his service pistol. B&T therefore decided to apply the USW concept to other pistols. Due to its modular design and its widespread use, the SIG Sauer P320 is a prime candidate to be upgraded to the USW concept. A slightly different chassis for the M17 is also available, other pistols to follow. The operator just removes the trigger group and inserts it
into the USW-320 Upgrade Chassis. There are no other modifications to the weapon; the trigger group is held in place by the take-down lever. Furthermore the slide (full-size or compact) and the magazine holder are swapped to the new polymer lower. The whole transfer takes about two minutes. The USW-320 Upgrade Chassis features an integrated standard Picatinny rail for a light/laser and the folding stock. It is still ambidextrous in handling, with the ambidextrous slide catch lever and reversible magazine catch. The folding stock folds onto the right side of the weapon, where the stock release is also located. The stock can easily and safely be operated with either the left or the right hand.
The USW-320 Upgrade Chassis accepts standard P320 magazines of 17 and 21 rounds and even any aftermarket 30-round size. The firearm‘s serial number is on the trigger group instead of the grip module and this is what is considered a firearm in most countries, not the Upgrade Chassis. This means that the USW-320 Upgrade Chassis is not firearm and thus is not serialized and can be sold and shipped with no restrictions in most countries.

The ground breaking B&T USW® (Universal Service Weapon) continues to evolve for law enforcement, intelligence services and special operations. The new USW-SF has all the proven features of the trend-setting USW-A1 plus now is available in a STRIKER FIRED design. This way the operator will have the same smooth trigger pull with each shot.

The all alloy designed USW-SF® is not just a new weapon but an entire new category of weapon that fi lls the gap between Pistol, Submachine Gun and Police Carbine. The design will enable any police offi ce to engage targets effectively
out to 75 meters (82 yards). This is thanks to the totally new concept that combines the latest Aimpoint NANO® Red Dot Sight, integrated Side Folding Stock and the clever patented design. To perfectly suit todays demands of Law Enforcement Agencies, the USW-SF comes as a striker-fi red weapon with an integrated trigger safety and short trigger pull.

The design of the USW-SF shares not only the same features as the USW-A1 such as ambidextrous handling, reversible magazine release, and the unique fl aired slide ears for easy slide manipulation. It will accept the same magazines as the orginal USW and it uses the same all the same level-3 holster system.

The ground breaking B&T USW® (Universal Service Weapon) will soon be available in „pistol only“ configuration with the same handling characteristics and features as the USW-SF. The classic design, the rugged two piece frame plus the striker-fi red trigger makes the USW-P the perfect complement to the USW-SF 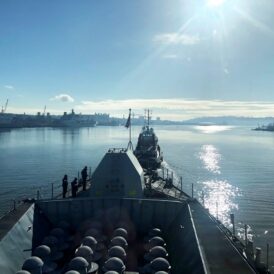