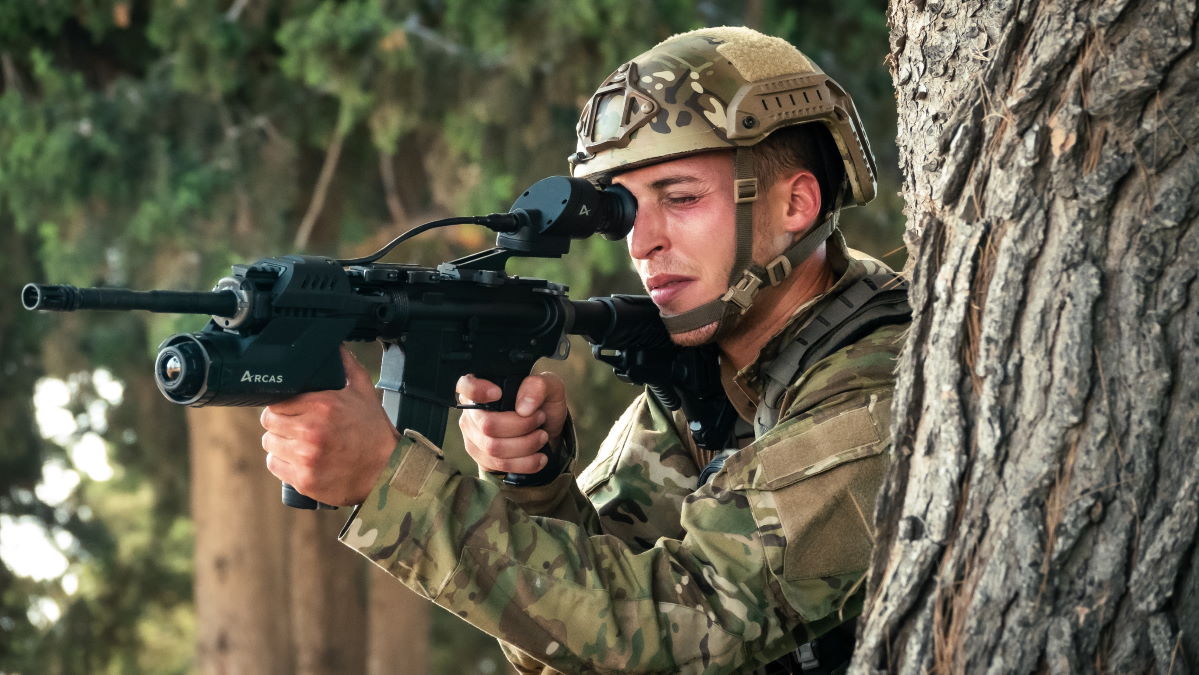 Elbit Systems announced today the unveiling of the ARCAS, a built-in computerized Artificial Intelligence (AI) powered system that interfaces with the rifle’s Electro-Optical (EO) sight, with a helmet mounted eyepiece and with the rifle’s assemblies, providing soldiers with real-time intuitive actionable combat information. ARCAS transforms assault rifles into digital, networked combat machines enabling a step change in the lethality, mission effectiveness and survivability of dismounted soldiers in both day and night.

ARCAS provides infantry and Special Operation warriors with combat capabilities that were not available for them before, including: passive range measurement, automatic ballistic correction, detection of fire sources, video motion detection, the ability to shoot around the corner and from the hip, interface with tactical Command and Control (C2), navigation assistance, friend or foe identification, tracking of stoppage and ammunition and weapon zeroing without the need for live fire.

An AI-powered computer is integrated into the assault rifle’s forward grip, running innovative software and a range of applications. The miniaturized computer unit receives and processes data collected from the soldier’s field of view (as perceived by the EO sight), tactical information from C2 systems, data from other ARCAS users in the team and the rifle’s mechanical information. The combat information is presented to the soldier as an intuitive augmented reality layer on top of the scenery that is seen through the EO sight or the helmet mounted eyepiece. Soldiers operate the system using a joystick button placed on the rifle’s forward grip and a Graphical User Interface inspired by the gaming world.

ARCAS is another important building block in our advanced portfolio of solutions for dismounted soldiers. The development of this new solution is part of our continuous effort and R&D investments aimed at enabling a step-change in the effectiveness and survivability of infantry and Special Forces.

Designed in an open architecture approach, ARCAS has two configurations. It can include a thermal or low light sight as part of the system, and is capable of interfacing to any existing EO sight. ARCAS can run additional and third party applications depending on the customer’s operational needs and requirements. 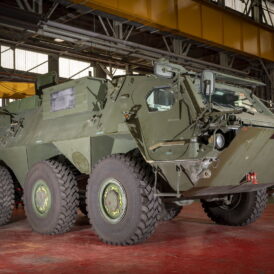