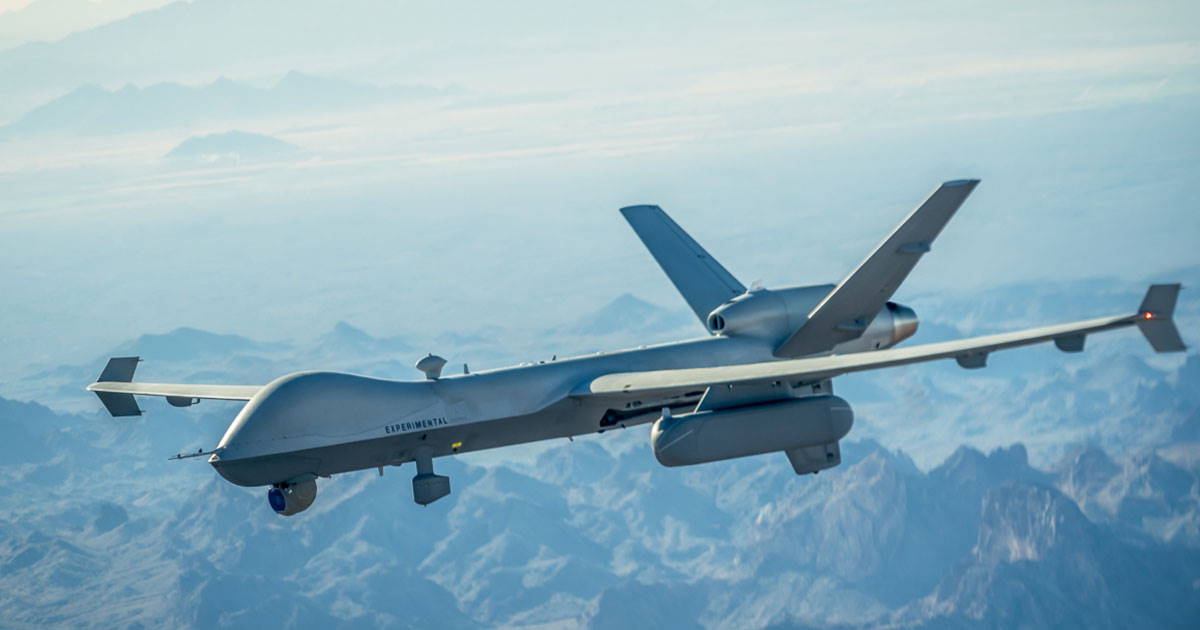 General Atomics Aeronautical Systems, Inc. (GA-ASI) flew the new NATO Pod for the first time on Nov. 23, 2022. The NATO Pod is a joint development between GA-ASI and Sener Aeroespacial of Spain.

The NATO Pod is built by Sener Aeroespacial in Europe to meet NATO airworthiness standards, while increasing configuration and payload options for MQ-9A and MQ-9B Remotely Piloted Aircraft produced by GA-ASI. The new product is designed for international customers that are interested in rapidly integrating sovereign payload capabilities to achieve specific mission objectives.

The test flight was performed at the Yuma Proving Grounds using a GA-ASI owned MQ-9A aircraft.

NATO Pod development was driven by GA-ASI’s desire to provide customers with a customizable, multi-use pod for carriage of sovereign, cross-domain Intelligence, Surveillance and Reconnaissance (ISR) sensors for MQ-9A and MQ-9B RPA systems. GA-ASI is working with Sener and other European suppliers to integrate their sensor capabilities within this new pod. The NATO Pod is a flexible, scalable, certifiable enclosure with the structural features to host wide-ranging mission systems. The pod meets DEF STAN and STANAG certification standards for airworthiness, including lightning protection and bird impact.

The NATO Pod interfaces with common MQ-9 aircraft power and navigation interfaces, including the platform datalink connection to the Ground Control Station (GCS). Customer system integration is based on using a common set of interfaces to the aircraft and GCS systems.

This first flight is the fruit of a long collaboration between GA-ASI and Sener and we are proud to have contributed to the success of the project. We look forward to continuing the good work together, which we are sure will bring us more successes in the future.

This is a truly momentous product design and implementation effort. We’ve worked closely with Sener to meet requirements and keep our combined teams in sync to achieve this great outcome. Our successful test flight allows us to begin marketing this new capability to our international partner nations as a way to rapidly add sovereign payload capability.

This industrial cooperation effort introduces European manufacturing of GA-ASI designed mission hardware and opens the door to customer-specified mission payloads – including technologies that are built outside the U.S. – for deployment on MQ-9A and MQ-9B. The NATO Pod that was tested featured a payload built by Arpège S.A.S. France.

MQ-9As are operated by a number of European countries, including the United Kingdom, France, Italy, the Netherlands, and Spain. GA-ASI’s newer MQ-9B variant has been acquired by the UK and Belgium. Recently Poland announced that it will lease MQ-9A. 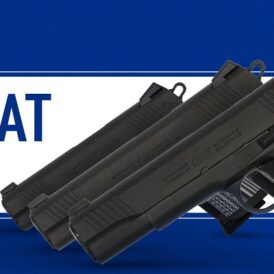