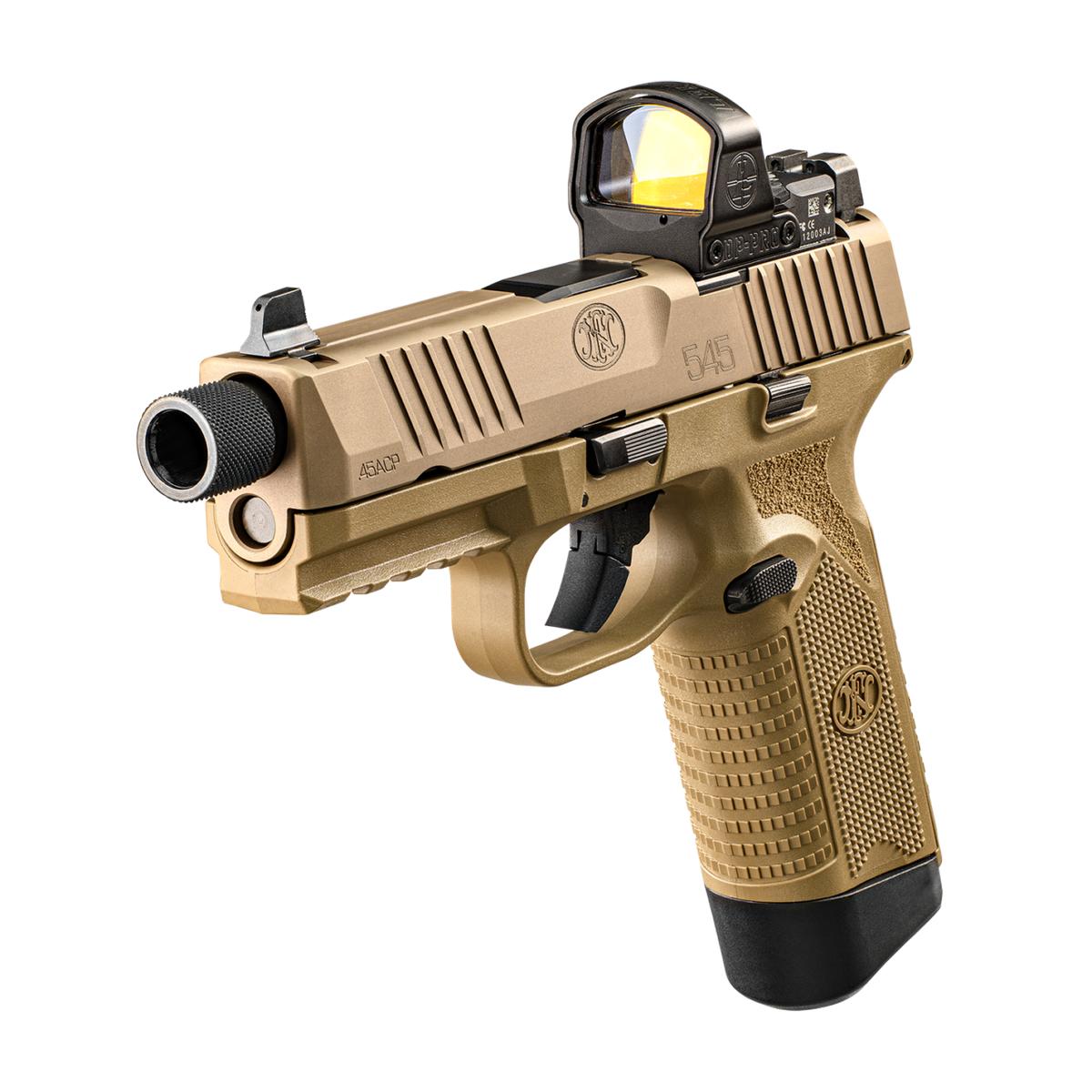 These two big bore pistols feature industry-first capacity, with a standard 15-round capacity and 22+1 rounds of 10mm or 18+1 rounds of .45 ACP from the extended magazines. Styled after the FN 509® Tactical, the two pistols also feature a threaded barrel for muzzle devices, optics cut for red dot optics and suppressor-height night sights. Whether hiking in the backcountry or defending the home front, the FN 510 Tactical and 545 Tactical handily deliver the capacity to confront any possible situation with accuracy and precision, in a highly controllable package.

There has been significant interest from FN owners in pistols chambered in big bore calibers over the last several years.

We are excited to announce the release of the FN 510 Tactical and 545 Tactical pistols, chambered in 10mm and.45 ACP, that advance our flagship striker-fired line of pistols and complement our FNX-45 Tactical and FN 509 Tactical.

Chambered in two of the most popular personal defense calibers, 10mm and .45 ACP, the FN 510 Tactical and 545 Tactical pistols offer industry-first capacities in an overall package not much bigger than the FN 509. At just 1.45 inches wide and just 6 inches tall with the standard magazine, these powerful defensive pistols pack serious performance into a full-sized package that can still be concealed and comfortable to shoot.

We pioneered the Tactical feature set in the FNX-45 and FN 509 Tactical pistols, introducing the industry’s first pistol that shipped from the factory with a threaded barrel, optics mount and extended capacity, and until now, the FNX-45 Tactical had the highest capacity of any .45 ACP pistol available from the factory.

This expansion into new, big bore calibers has been a longtime in the making and we are excited to offer these pistols with this unprecedented capacity – 18+1 in the FN 545 Tactical and 22+1 in the FN 510 Tactical – along with the features our customers seek in an FN Tactical pistol.

The signature styling and ergonomics of the FN 509 family of pistols like the enhanced grip texturing, interchangeable backstraps and slide serrations enable superior control to manage the recoil of these powerful cartridges. Weighing in at just over 30 ounces, these heavy-duty defensive pistols efficiently tame the recoil of both 10mm Auto and .45 ACP. The double-action only pistols produce a crisp pull weighing in at approximately 6 pounds. Effective recoil management and crisp, repeatable trigger allow users to stack rounds on target.

Equipped with FN’s patented Low-Profile Optics Mounting System™ that is compatible with every major optics footprint, consumers have the ability to direct-mount nearly any optic in minutes with the included hardware. The tritium inserts of the suppressor-height night sights co-witness with mounted optics, offering a viable back-up sighting option in the event of optic failure.

The 4.7-inch barrels are cold hammer-forged and threaded with 0.578″x28 thread pitch, making them compatible with a vast majority of available muzzle devices. The barrel also features a recessed target crown to protect the rifling and maintain accuracy. The serrated sight wings that sit atop the slide protect the rear iron sights from shifting should the pistol be dropped or jarred, and act as a slide racking surface.

These powerhouse pistols are available in both black and flat dark earth (FDE) and ship with one 15-round magazine and one extended magazine – 22+1 for the FN 510 Tactical and 18+1 for the FN 545 Tactical. They ship with a premium soft-sided ballistic case that provides ample storage space for the pistol, spare magazines and other accessories. 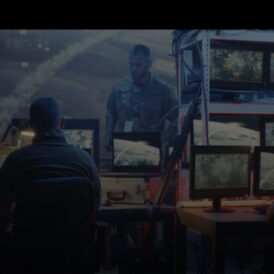