Epsilor’s COMBATT 6T batteries provide significantly higher energy capacity than all other batteries in this category currently on the market. The batteries have undergone rigorous on-board testing.

Epsilor’s 6T batteries are installed onboard some of the platforms that are currently being evaluated by the Australian Defence Forces (ADF) as part of several acquisition programs.

The batteries will be presented by its Australian distributor eCastle at stand 3W21 in the following configurations:

Epsilor will also present at LAND FORCES its soldier wearable power and communication system NETWALKER, which will be offered to the prime contractors that are participating in ADF’s LAND 125 Soldier Combat System tender.

NETWALKER is a third-generation development of the Soldier Wearable Integrated Power Equipment System (SWIPES), which was originally developed for the US Army over a decade ago, and deployed in tens of thousands of units since, winning the Best Army Invention award in 2010. NETWALKER manages and transmits power to all wearable equipment carried by a digital soldier. In addition, NETWALKER transmits hi-rate data on the same set of cables, supporting separate secured networks and different communication protocols such as USB, ETHERNET, SMBus, etc.

NETWALKER is offered in several configurations:

NETWALKER will be presented by Australia’s Point Trading at Hall 1, stand M3.

We view the Australian market as an innovative arena of new defense technologies. The Australian Defense Forces (ADF) are going through a massive modernization that incorporates modern fighting vehicles, artillery systems, soldier systems, deployable infrastructure, and more. In all these systems, the ADF requires modern smart power sources. 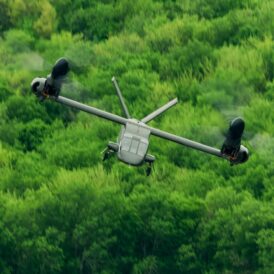