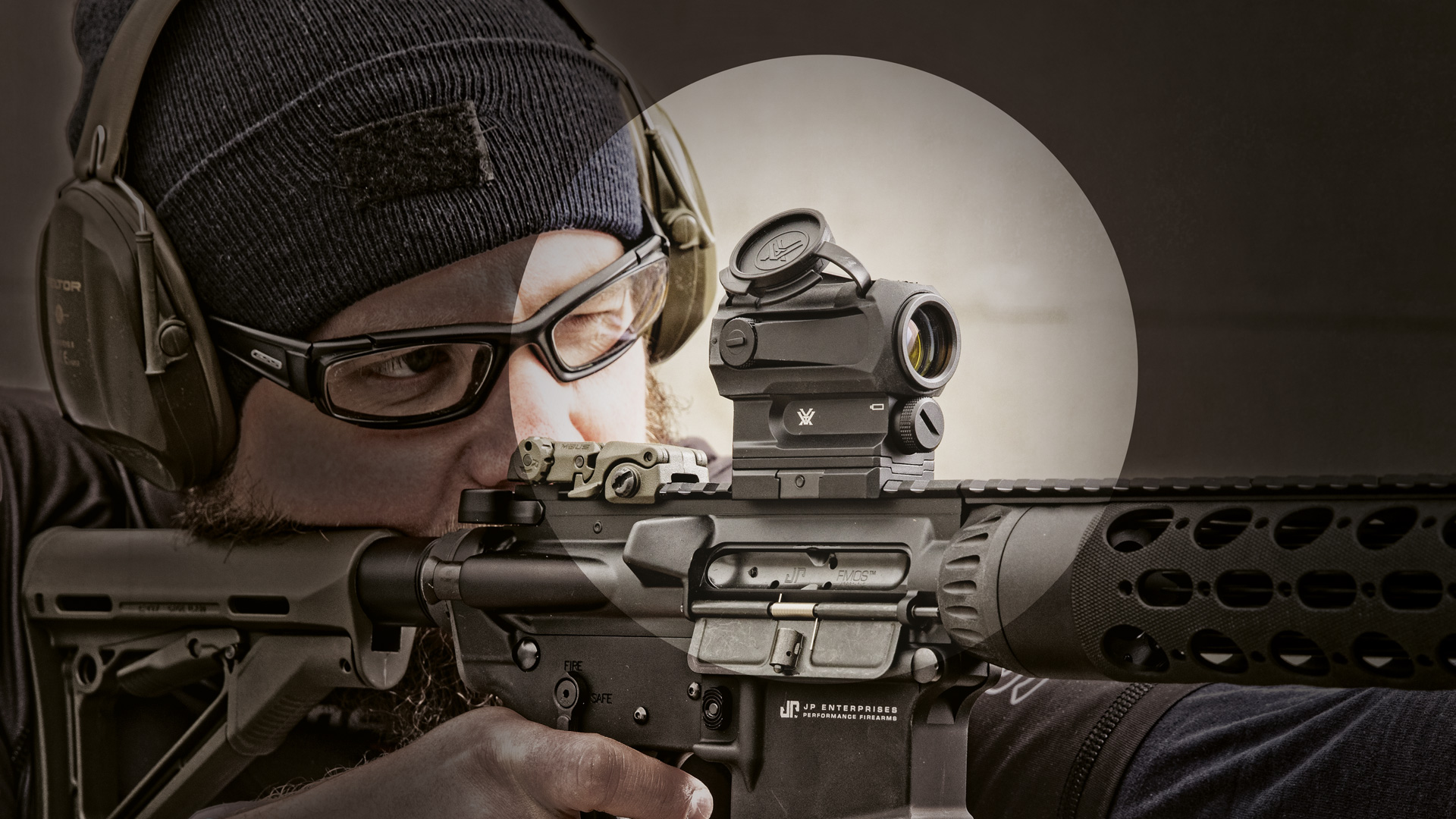 Among weapon sights available on the market, one group of compact and very small sights for the handguns and rifles (or as a backup sight) became very popular for some time now. Without any doubt, most shining star in that class Aimpoint Micros but besides them, there are some other available. For those of you who are looking for quality sight for quite reasonable price, a Vortex SPARC AR might be a great alternative.

Nowadays, not many people shoot rifles using only iron sights so basically everybody is looking for fancy optoelectronic sight. Those who have a lot of money, buy from leading brands such as Aimpoint or EOTech, and those who have less are in great need to work something out because there are tons of cheaper sights on the market. Unfortunately, in most cases “cheap” means also “average” (not to say bad right away) what many shooters and among them few of my friends had the opportunity to experience. Tempted by relatively small price and other bells and whistles like different colors of the dot, few types of reticles to choose from, sci-fi look of the sight itself, they buy them and then whining begins. They whine that their new purchase does not hold zero, after some time it turns down by itself or work as it wants to and those fancy gadgets turns out to be completely useless. How many times you can change color of the dot or its shape? Most importantly, WHY would you want to do that?

Turns out that for few bucks more you can purchase one of the few very good sights, additionally for sure branded and with good add-ons. One of them is Vortex SPARC AR.

This sight is classic 1×22 type red dot, put into the case that by the shape reminds Aimpoint T1 just a bit. AR letters suggest that it is designated for AR15 rifles, but it can be mounted on other weapon platforms, yet – it is not fully universal sight.

Vortex SPARC AR is compact red dot sight with 74 mm length, so it is a little longer than Micro T1 (62 mm). Weight is 212 grams. Case was made from aircraft grade aluminum has additional protective rubber outershell that also has mounted ocular and objective lens covers (after they are both open, they can be fasten together so they will not obscure field of view). Lenses are covered with anti-reflex, anti-scratch and anti-fog coating, additionally the sight is nitrogen purged and has quality rubber gaskets, so it is well sealed, resistant for fogging red dot sight (unlike few other sights).
Outside the case there is a battery compartment for single AAA battery. The CR123 battery would force to make whole thing higher (and it is high already) but those power cells offer greater parameters than standard batteries. On the other hand, we can ask ourselves a question – do we need CR123 everywhere? Of course, it has great features, but batteries are harder to find and more expensive. AAA powered SPARC AR works non-stop for up to 300 hours on maximum brightness setting and 5000 hours at minimal brightness. Enough.

From the ocular lens side there are place two adjusting buttons in rubber, sealed covers. Simple – UP and DOWN. That’s it, nothing more, no useless inventions. Simple and effective, the way it supposed to be from the beginning. Under the electronics compartment there is MIL-STD-1913 rail mount with clamp and adjustable screw. Simple and effective. How many times you will take the sight off after zeroing?

Using space between red dot and the rail as a location for battery, electronics and buttons is cool thing when it comes to AR rifles (what we have in the name, right?), but because of that solution there is no way to mount red dot even lower. I wanted to mount it directly on the Ultimak rail on AK or on the low mount on the KRISS VECTOR and it simply doesn’t work. I mean it works, but your standard seven cervical vertebras in that situation is not enough…

If shooter has AR rifle with standard rail, he gets to choose whether he want to mount sight straight out from the box or take the spacer between base and mount out. In the first option, sight will be mounted in the 1/3 co-witness. Second option will cause “absolute co-witness” so iron sights will be aligned with the red dot. It is nice to have an option like that, but in case of rifles without iron sights it doesn’t matter really.

The reticle is a simple 2MOA red dot with 10 levels of brightness adjustment, where the lower ones are – according to the producer – compatible with night vision devices. To power up the sight you need to push the UP button, and to power down you need to press DOWN button for 5 seconds. SPARC AR will turn off automatically after 12 hours of idleness (as long as we will not push any button what resets the times). Dot is clear, there are no reflections or “ghost dots” but if someone will look really up close and pay attention it is visible that dot is composed of many points. It does not make any trouble because using normally it is not visible.

Elevation and windage adjustment knobs are placed on top and right side of the case (adjustment accordingly: right-left and up-down). Against damages they are protected by massive deflectors (damn, it must weight few grams…) and additional safety caps. To adjust dot, caps must be unscrewed to have full access to adjustment screws that also have the laser-engraved directions. Caps can be used for easier turning the screws as they have tabs that match notches in the knobs. Each click is 1MOA and maximum regulation in vertical and horizontal plane is 90 MOA. A lot.
Vortex SPARC AR is covered with VIP warranty what basically means lifetime repair or replacement with brand new unit. There is also a compatible VMX 3T 3x magnifier available as an option.

I have been using Vortex SPARC AR for more than six months on couple types of weapons and during that time, sight lived without any damage through approx. 2000 rounds (maybe even more).

With Vortex SPARC AR sight we get rubber cover with flaps. Ass far as cover is nice thing and you have to pay few extra bucks for that, flaps itself are worthless because they dangle freely (especially sucks because they supposed to block mutually) and can easily get lost. Rubber improves protection against scratches and dents what might be very important when shooting style other than static.

Mount is solid and cannot say anything bad about it. It doesn’t trouble me because of lack of quick-detach, I own different sights with different mount types and I am not devoted for QD. Besides I don’t even have need to do so, when I zeroed sight to the weapon I leave it there until I want to replace it with different one or move it to different weapon platform (but I do not do it every two days). Just out of pure curiosity how SPARC AR holds zero after taking it out and putting it on once again we did that. We did not shoot Olympic style rings for best score, but after that operation we had no problem hitting little steel plate (maybe 20 cm in diameter) from 100 meters away.

Height and elevation adjustment knobs are under caps that are at the same time „keys” for easier regulation so the whole construction provides solid covering and minimizes risk of damaging the knobs. Adjustment itself is simple and there are no problems with it, what’s more it is possible in great range what is rarely seen in other red dots.

SPARC is water resistant. It will survive in the rain (checked) as well as thrown into the water ale left for couple of hours. I had to check that, so I put it in the bowl of water, after taking it out and wiping down it worked normally.

Lenses are not fogging up are taking changes of temperature very good as well as shooting in the rain. Dot has 2 MOA and 10 levels of brightness. I must admit that it is crisp and maybe it is not super sharp but for sure enough readable. Lenses are clear but with little domination of green color is visible but not interfere the shooting. Field of view is not large – but in combination with thin frame is fully satisfying and allow to shoot comfortably. Altogether sight is yet pretty bright and does not obscure field of view.

VIP warranty is a true trademark of Vortex Optic, it gives an option to exchange any product that has this guarantee. In return we get fixed or brand-new product. I had an opportunity to use it once with the magnifier and practically without a word it was exchanged for totally new one and what’s more – later generation. Wishful thinking to have such a guarantee on every item.

The SPARC AR was mounted on following firearms:

From the guns with Vortex SPARC AR attached, except me, some newbies were shooting during classes. Always after the class I talk to the students and ask for feedback. Everybody was happy about SPARC installed on ARs. The thumbs up were given for clear dot, brightness and simplicity of operation. What’s interesting, few friends change their cheapo sights with fancy gadgets for SPARC AR recently. There is no whining. 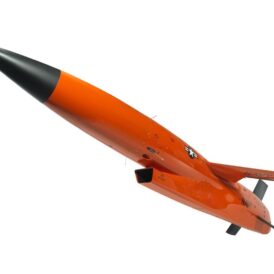