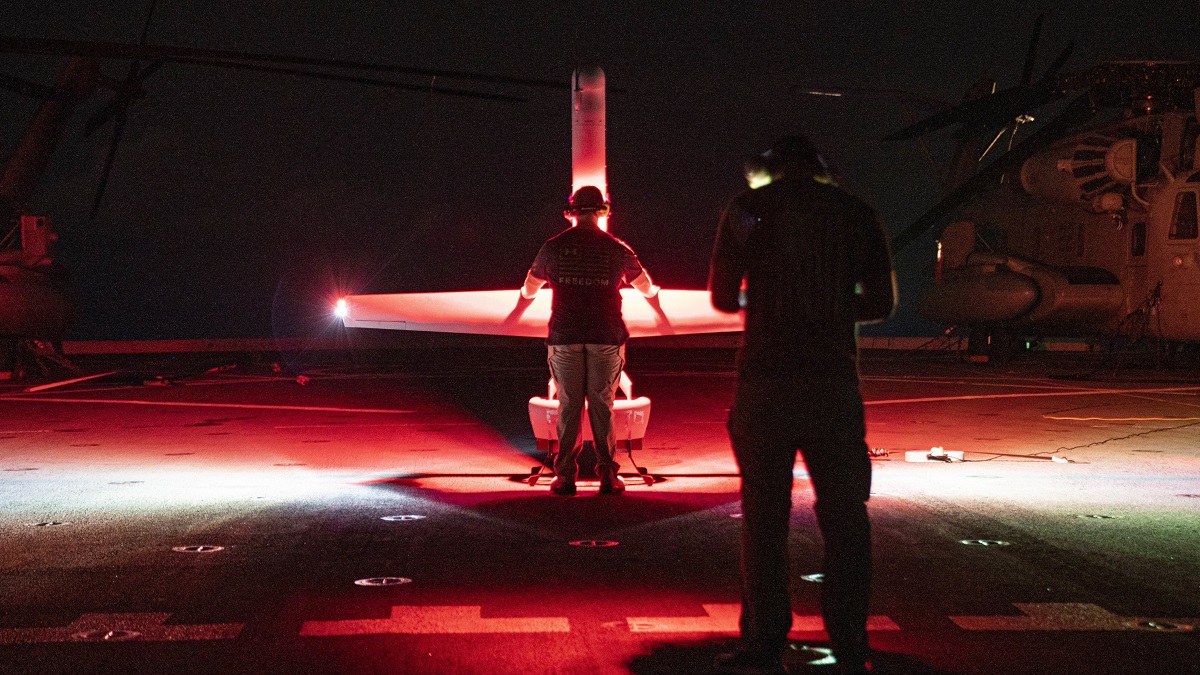 Shield AI, the defense-technology company using self-driving software to enable collaborative teams of robots to operate in GPS- and RF-denied environments, today announced that its company, Martin UAV, has successfully flown its V-BAT Unmanned Aircraft System (UAS) on numerous missions with the 11th Marine Expeditionary Unit (MEU) aboard USS Portland (LPD 27), including a flight where the V-BAT crew demonstrated the aircraft’s Automatic Identification System (AIS) capability by using the system to successfully link sensor to target in less than three minutes from receipt of tasking.

V-BAT enhances operations in both maritime and land-based environments while providing tactical flexibility with substantially decreased logistical requirements. We are excited to continue to partner and explore all the ways we can deploy this game-changing product in the future.

The V-BAT UAS provides a critical reconnaissance, surveillance, and target acquisition (RSTA) capability for the Navy and Marine Corps in a unique environment where space is at a premium. Aboard USS Portland, the unmanned aircraft performed and proved durable in high winds and challenging weather conditions.

“Intelligence, surveillance, and reconnaissance, in particular, are capabilities that allow us to compete strategically against near-peer competitors by supporting efforts in early detection, over-the-horizon operations, and sea denial. There are a variety of ISR platforms we currently employ, but, as a service, we are continually advancing our techniques, tactics, and procedures,” said a

The V-BAT, with its innovative, near-zero footprint vertical take-off and landing (VTOL) and long-endurance capabilities, is unlike any UAS on the market. Propelled by a single, ducted, thrust-vectored fan, it takes off and lands in the style of a SpaceX rocket. Its logistics footprint fits into the bed of a pickup truck or inside a Blackhawk helicopter, significantly reducing the total cost of capability. U.S. and international customers view the V-BAT as a flexible platform capable of performing Group 2 UAS to Group 4 UAS missions and beyond.

Martin UAV (a Shield AI company) specializes in building wholly unique, unmanned aircraft systems and associated flight control software. The company’s systems are commercially developed to fill critical operational needs in tactical and confined operational environments. Its V-BAT series aircraft is the only single-engine ducted fan VTOL that can launch and recover from a hover, fly up to 11 hours in horizontal flight, and make mid-flight transitions to “hover and stare” at any time throughout a given mission set. 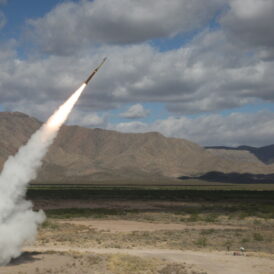