Thales is offering the cost-effective Javelin radio as a Non-Developmental Item that will go into production in 2021 and further supports the U.S. Army’s agile acquisition approach and Capability Set fielding process. The Javelin radio was developed in less than one year to meet U.S. Army network modernization requirements, and is well suited to expand reliable and affordable voice, data connectivity and streaming video to the tactical edge.

Javelin proved itself as a highly capable radio during a variety of Soldier events in 2020, to include the Advanced Expeditionary Warfighting Experiment (AEWE) and Ft. Bragg user evaluations. During the AEWE at Ft. Benning, Ga, Javelin was used in a force-on-force evaluation for U.S. Army tactical maneuver operations where it proved its high reliability, ease of use and exceptional battery life to become the communications centerpiece for the individual Soldier at the event. Javelin provided Soldier support on all missions, and maintained solid network connectivity across multiple environments and operational scenarios. With the Javelin radio, Soldiers were able to network into the U.S. Army’s Integrated Tactical Network infrastructure and seamlessly connect them to key exercise leaders expanding situational awareness and combat effectiveness.

Javelin uses the TSM waveform to make it interoperable with other radios running the TSM waveform, including the Thales 2-Channel AN/PRC-148C/D systems. This makes the radio capable of maintaining reliable network connectivity in remote, dense, urban, and subterranean environments. Javelin also ensures seamless integration to the U.S. Army’s Nett Warrior system and is interoperable with a variety of End User Devices and C2 applications such as Android or Windows Tactical Assault Kit systems.

The introduction of Javelin continues Thales’ tradition of being responsive to emerging needs in support of the Warfighter. In the hands of US Soldiers since February 2020, the Javelin radio embraces the Non-Developmental Item approach to delivering capabilities into the Army architecture, and ensures voice and data networking connectivity to the tactical edge. Designed with Soldier systems in mind, Javelin is easily integrated into the Army’s Integrated Tactical Network and can be leveraged to support the Army’s emerging Integrated Visual Augmentation Systems architecture. 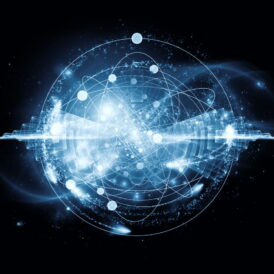