This collection is made to the exceedingly high standards that all Gatorz Eyewear has come to represent to the Special Operations community, including meeting American National Standards Institute (ANSI) Z87+ rating and offering some features of MILSPEC Ballistic protection standards.

“A journey of a thousand miles begins with a single step.”

Tu Lam. a former U.S. Army Green Beret and founder of Ronin Tactics, fled communist Vietnam in 1979. The Lam Family escaped on an overloaded boat and eventually reached the safety of the United States as refugees.

Tu was raised by his Step-Father, an Army Special Forces veteran, and drew inspiration to eventually serve as a member of the Army Special Operations Community. For over 23 years, Tu traveled across 27 different countries and a number of war zones as a career special operator. During that time, he fought alongside and within the most elite units of the United States Military.

As the Founder and CEO of Ronin Tactics, Inc., Tu now develops innovative tactical equipment and teaches a range of Close Quarters Battle instruction for our military, Law Enforcement, and responsible armed citizens. Tu co-hosted three seasons of the History Channel’s “Knife or Death” and was developed into a playable character “Ronin” on the popular video game “Call of Duty.” Gatorz Eyewear is honored to be working with him.

We thought the collaboration with Tu Lam, whose background includes having to flee persecution from war-torn Vietnam especially fitting given the current state of affairs in Afghanistan. Gatorz Corporation is extremely committed to the Special Operations Community and closely identifies with the Mission of the Army Special Forces Community to Free The Oppressed (De Oppresso Liber).

Sam Havelock, The Chief Brand Officer of Gatorz eyewear and himself a former Navy SEAL, had this to say,

The Ronin Edition collaboration with Tu Lam is an example of our willingness to partner with diverse members of our Gatorz Tribe who live a Mission-Driven life. Tu Lam’s personal history of service with the Special Operations Community coupled with his family’s legacy of relationships across Army Special Forces perfectly embodies our joint belief in the power of relationships and humans to overcome all obstacles during their Life’s Most Important Missions.”

What comes in the package? 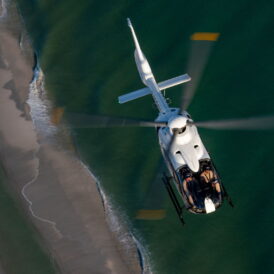