As FAZ informed, Federal Ministry of Defense has withdrawn the planned award of the major order for the Bundeswehr’s new assault rifle!

We wrote about the selection of Haenel MK556 here. Today’s afternoon something completely different was announced. We are waiting for more details.

Haenel MK556 is a new Assault Rifle for the Bundeswehr (CONFIRMED)

Machine translation for German FAZ below:

The Federal Ministry of Defense has withdrawn the planned award of the major order for the Bundeswehr’s new assault rifle to the Thuringian manufacturer CG Haenel. The federal government agency will re-evaluate the decision for the Thuringian manufacturer CG Haenel, the ministry announced on Friday. The background is the examination of a possible patent infringement that has now become known to the detriment of the competitor Heckler and Koch. He had filed a complaint against the contract for CG Haenel.

The ministry surprisingly announced in mid-September that CG Haenel had emerged as the winner in the award procedure for around 120,000 assault rifles. The armaments company Heckler and Koch, which supplied the previous G36 assault rifles to the Bundeswehr, was left behind. The decision in favor of the Suhl-based company CG Haenel came unexpectedly – it had previously concentrated more on the construction of small arms.

On the basis of the complaint by Heckler and Koch, the federal awarding authority “first became aware of a possible patent infringement by the company CG Haenel GmbH in a verifiable manner,” the ministry now said. Internal audits have shown that such a violation cannot be ruled out ”. Therefore the “award of the contract to the company CG Haenel” is canceled.

The opposition was critical of the award

Most recently, the Greens and FDP were appalled that the Bundeswehr should get their future standard assault rifle from the company CG Haenel in Suhl, Thuringia. The reason: Haenel belongs to a state-owned company from the United Arab Emirates, and they are involved in a bloody military intervention in Yemen. Tobias Lindner, the chairman of the Greens in the Defense Committee of the Bundestag, recently told the Frankfurter Allgemeine Sonntagszeitung (FAS) that this project was “madness”. By buying 120,000 rifles from Haenel, Germany would “finance the war in Yemen”.

The defense policy spokeswoman for the FDP parliamentary group, Marie-Agnes Strack-Zimmermann, had also announced that Haenel’s connection with the Emirates caused her “a strong feeling of disturbance”. She finds it “very worrying” that the future German standard rifle “should come from a country that is waging war in Yemen”. 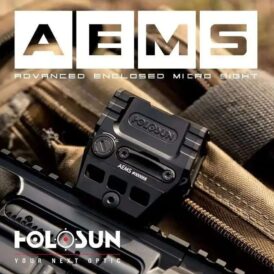