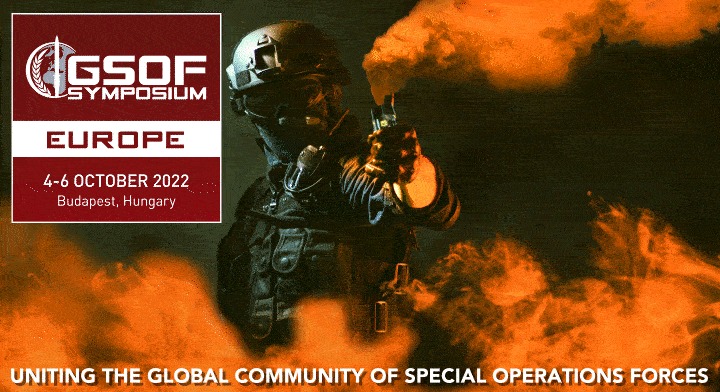 Organised by the Global SOF Foundation in collaboration with Clarion Defence and Security, the sixth Global SOF Symposium – Europe will bring together military, government, commercial and educational stakeholders to network, explore topical developments and do business in order to advance SOF capabilities, partnerships and confront global and networked threats, with a focus on European requirements and operations.

Based on a three-day agenda, the 2022 symposium will include keynote addresses, plenary sessions, informal round-tables and panel discussions on a range of topics including ‘the importance of Special Operations-specific funding’, ‘empowering SOF’, ‘growing SOF aviation’, ‘building the bridge between SOF, academia and industry, and the ‘impact of drones in modern warfare’.

Key to discussions this year will be input from SOF commanders on the need for SOF-specific funding and cross-national operations. SOF commanders from nations across Europe will speak at the symposium, including Hungary, Czech Republic, Romania, Denmark, the Netherlands, Belgium, Slovakia, Austria and Slovenia.

The European SOF community is at a critical juncture where transformation depends on getting the funding, equipment and joint tactics, techniques and procedures in place to meet the changing complexities of the battlefield. A big part of enabling this is the opportunity for these organisations to come together and discuss their requirements, learn from others and forge the way ahead pragmatically.

GSOF Europe provides the leading European forum to facilitate this, bringing together industry, academia and government decision-makers to focus on how to fund, equip and field their SOF formations effectively.

The DisTec Theatre is a great opportunity to see where some of the latest technology development is heading, with a focus on capabilities that align with current SOF requirements, including those of the Hungarian SOF (HUNSOF). It’s where some of the most exciting conversations happen.

Technology in the spotlight

With a focus on equipment the HUNSOF is seeking, the show floor will feature technologies including weapon systems, airborne infiltration, CBRN defence, battlefield support, soldier protection and survival, among many others.

Exhibitor Thermoteknix (Stand F24) will feature its augmented reality heads-up display system, the Augmented Reality Tactical Interface Module (ARTIM), and how it is already being used by the UK Ministry of Defence and NATO troops on the front line. The system uniquely fuses thermal imaging and augmented reality, enabling soldiers and special forces to use it during covert night time operations to improve situational awareness. The system also connects to Battle Management networks including ATAK, so that soldiers can access route locations, pinpoint targets and identify teammates – and all displayed via their night vision goggles.

Faced with an overwhelming flood of foreign language content and data in the digital age, the military simply cannot hire enough qualified, cleared translators to brute force their way out of the problem – there is no software in existence that can match the accuracy of a skilled human translator.

Recognising that fact, Lilt developed and patented the best possible alternative: software that uses neural networks to learn from human translators in real time while they work.

This enables translators to increase their speed and output by 2-4x, expanding the volume of information available to decision-makers and shortening turnaround times for end-users.

With maritime systems technology also a growing capability requirement for SOF, exhibitor JFD (stand C19) will be launching its Shadow Seal Tactical Diving Vehicle (TDV) at the event. Shadow Seal’s design enables the discrete and covert transportation of four operators and equipment on the surface, semi-submerged or fully submerged. Lightweight and portable, the system is ideal for rapid insertion of forces into the littoral operational environment by a variety of support platforms; and is powered by batteries and propelled by two directional thrusters positioned above the keel, enabling the craft to be bottomed out on the seabed. The platform is streamlined, easy to manoeuver and has an intuitive navigation system requiring minimal training. Modular and adaptable, it is able to integrate custom systems, software and weaponry to enhance its operational effectiveness.

Nations across Europe are seeking the capabilities that will allow them to project SOF capability beyond their own borders, and due in part to current events we are seeing a huge rise in interest in GSOF Europe this year from both visitors and exhibitors. We are set to grow significantly this year, and for the first time, the event will take place in a full-sized convention centre.

Exhibitors are lining up to show their wares, and our symposium agenda is packed with panels and presentations that will get critical conversations started. I look forward to welcoming attendees to what is set to be our biggest and best GSOF Europe yet.

The Global SOF Foundation is a non-profit organisation that aims to build and grow an international network of military, government, commercial and educational stakeholders in order to advance SOF capabilities and partnerships to confront global and networked threats. 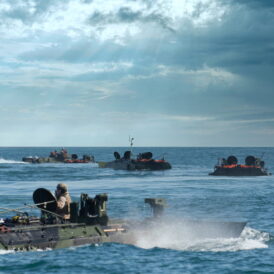