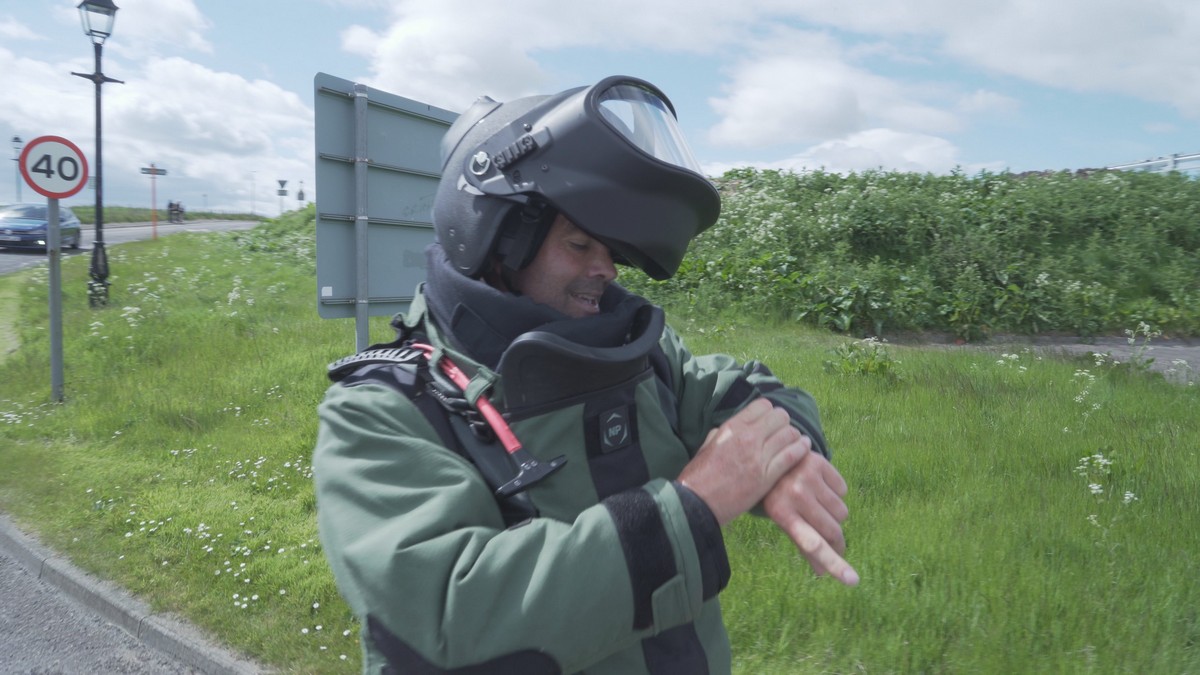 WO2 Si Hannaford, Bomb Disposal Operator for the British Army, has run an impressive 13-minute mile in an NP Aerospace Bomb Suit – 13 days into a 26-day, 1,777 mile £100k ultra-triathlon fundraiser for the Felix Fund and the Hummingbird Centre.

Si ran the mile in the 35kg fully operational and unmodified NIJ certified 4030 ELITE Bomb suit on Sunday 13th June in John O’Groats, Scotland. The run was in preparation for an attempt to beat the fastest mile in bomb suit world record later in the Autumn of 7-minutes 24-seconds which was set by a British Army Solider in 2017.

Facing challenging terrain and exhaustion after cycling 1,000 miles from Land’s End to John O’Groats and swimming 21 miles (the length of the English Channel) he wasn’t put off by the task. He managed to run an impressive 13 minutes 8 seconds over challenging terrain on the hottest weekend of the year.

The mile marked the start of the last leg of Si’s journey – a 756 mile run back to his home town of Bicester where his wife and four children aged from three to 16 years will be waiting for his return.

As we watched the triathlon unfold on social media, we became aware of the extent of the challenge we had set Si. We were unsure whether it would even be possible to complete a mile in a bomb suit let alone achieve a fast time. However, his determination and energy was clear to see from the start and it was an honour to be there and cheer him on.

It was a brave move to commit to the challenge with everything else going on but I did it for the charities and their efforts to support veterans and people suffering with cancer. I wasn’t sure how it would go but I am so glad I did it! I am looking forward to attempting to beat the fastest mile record in the NP Aerospace Bomb Suit when I am recovered and back on flat ground.

Outstanding result and dedication in the middle of a charitable cause. From the start, Si said the least he could do was suffer for 26 days to support charities who help people who are suffering for much longer. After a grueling swim and a 1000+ mile bike ride he decided to continue with his plan to run a mile in a bomb suit before running a further 756 miles. Most would have given up but Si’s tenacity and motivation are clearly world class and we are thrilled and proud to have been supporting him and raising awareness for his cause. We are also excited to support him in beating the fastest mile in a bomb suit world record later in the Autumn.

When Si says he is going to do something it always gets done. Whether it’s running a mile in a bomb suit during a triathlon or mowing the lawn! He was determined to do this challenge for the charities involved as what they stand for is very close to home, with his mother and friend being diagnosed with cancer. It’s also been good for his mental health doing something valuable for the community. He’s done an amazing job and the family can’t wait to have him home.

Si Hannaford is running, cycling and swimming 1777 miles in 26 days to raise £100,000 for charities, the Felix Fund and the Hummingbird Centre. The challenge started in Portsmouth on 1st June and will end in Bicester on 26th June. The Felix Fund provide welfare and financial support to military and police personnel working in bomb disposal and search. The Hummingbird Centre is a cancer support center based in Launton, near his home town of Bicester. 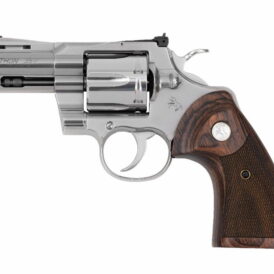 The Coveted Short-Barrel Colt Python is Back