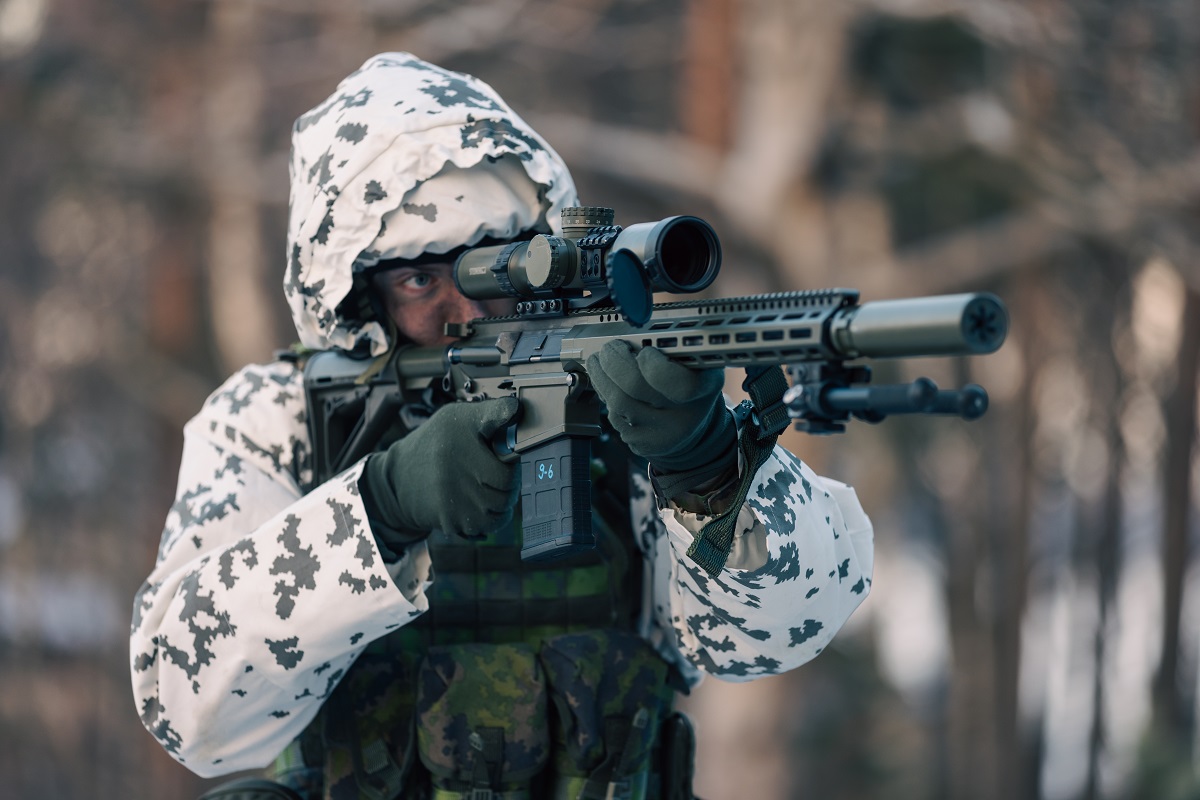 The Finnish Defence Forces Logistics Command and Sako Ltd signed a contract for the procurement of the new Rifle System M23 on 12 January 2022.

The new Rifle System M23 includes two separate rifle configurations: the Sniper Rifle 23 for sniper use and the Designated Marksman Rifle 23 for use as an infantry section support weapon by designated marksmen. In addition, the contract includes accessories, spare parts, maintenance equipment, as well as user and maintenance training provided by Sako. Sako has designed the rifles, which are based on the widely used AR10 construction. The rifles are semi-automatic and their calibre is 7.62 NATO.

The contract represents an initiative of utmost commercial and strategic significance for Sako’s Defence and Law Enforcement business. During the development of the rifle system, we have conducted multiple extensive tests in different conditions together with the Finnish Defence Forces. We believe that the Rifle System M23 provides a solution that caters extremely well for the operational needs of the Finnish Defence Forces.

The contract announced today is the first supply contract in relation to Sako’s new product family of self-loading rifles, and the first rifles will be delivered to the Finnish Defence Forces later this year. As a whole, this new product family is a momentous business opportunity for Sako in Finland and the Nordic countries as well as globally. We are very happy that this contract also enables the implementation of joint rifle procurements between Finland and Sweden.

One of the guiding principles in the development of the Rifle System M23 was the ability to produce the weapons in Finland. The rifles will be manufactured in Sako’s factory in Riihimäki – thus, the project improves Finland’s security of supply and promotes retaining skills and technology as well as the ability to manufacture and repair weapon systems in Finland.

In recent years, we have made significant investments in our production and product development, and we will continue investing in the rifle and cartridge business in the coming years as well. We are committed to the continuous development of our expertise in Finland. The procurement contract creates new jobs in Finland, and also improves Finland’s security of supply.

The total value of the procurement including the value added tax is approximately EUR 10 million. The contract also includes an additional procurement option for possible subsequent procurements.