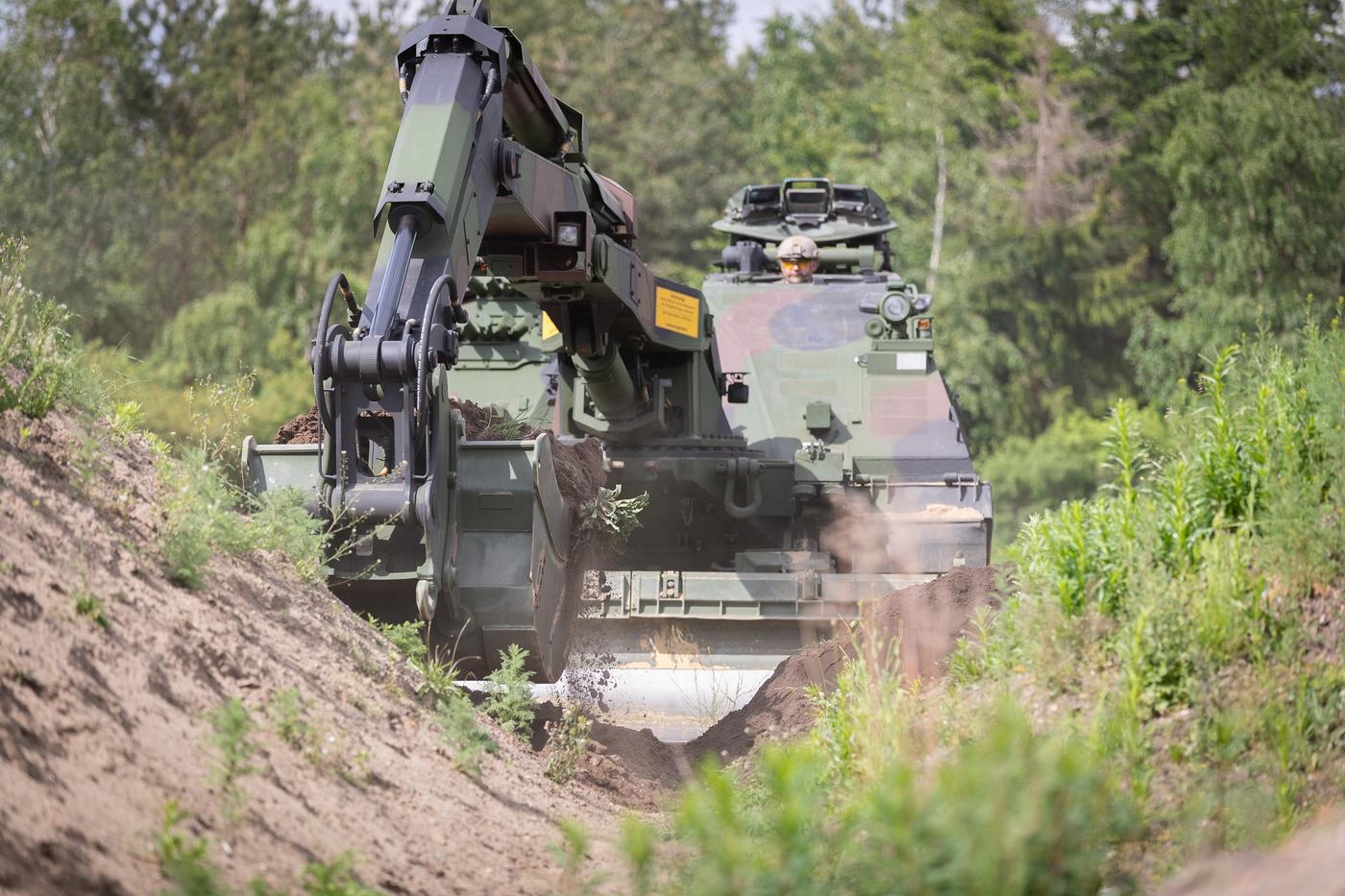 Rheinmetall has scored another major success with its Kodiak armoured engineer vehicle. The German Bundeswehr has awarded the Düsseldorf-based technology group an order for new combat engineer systems. On 14 April 2021, the Budget Committee of the German Parliament approved the project. The Federal Office for Bundeswehr Equipment, Information Technology and In-Service Support, or BAAINBw, has now signed a contract to this effect with Rheinmetall for the manufacture and delivery of a total of 44 armoured engineer vehicles, with a gross value of around €295 million.

The first system is due to roll off the assembly line in 2023, with delivery to be complete by 2029. Furthermore, the order encompasses a number of additional products and services relating to training and logistics necessary for commissioning and in-service support, including training courses and resources, for example, as well as documentation, measuring and testing equipment, spare parts and special tools.

Known in German as the Pionierpanzer 3 Kodiak, the vehicle is based on the Leopard 2. It is specially designed to meet the needs of modern combat engineers. Today, more than forty Kodiak armoured engineer vehicles are in service around the world, specifically in Switzerland, Sweden, the Netherlands and Singapore. In addition to the Bundeswehr, a number of other European and NATO nations have recently expressed an interest in the system. Moreover, Switzerland, Sweden, the Netherlands and Singapore all augment their Leopard 2 fleets with the Büffel/Buffalo Bergepanzer 3 armoured recovery vehicle – another member of Rheinmetall’s Leopard 2-based family of fighting vehicles.

Powered by a 1,100-kW engine, the vehicle’s well-balanced chassis assures outstanding mobility commensurate with the Leopard 2 A7V. Thanks to its excellent off-road capability, the Kodiak is fully capable of keeping up with today’s high-mobility combat formations. Furthermore, a newly developed force protection package makes it one of the best-protected systems of its kind.

An outstanding feature of the Kodiak is the three-part excavator arm centrally mounted at the front of the vehicle. This central arm concept offers the advantage of giving the crew a better overview during excavation work. It also allows the vehicle to operate in narrow confines while enabling maximum reach with minimal dependence on the orientation of the vehicle. This simplifies and shortens the operation, thus contributing to the safety and security of the crew. The system’s high-performance articulated excavator arm can also pick up and set down heavy loads. Moreover, a multitude of different tools are available that can be switched from the safety of the fighting compartment.

The Kodiak also features a bulldozer blade with adjustable cutting and tilt angles. If required, all of the exchangeable tools – including optional mine-clearing equipment not ordered by the Bundeswehr – can be loaded onto multi-hook lift changing pallets, a standard item of Bundeswehr equipment.

Mounted at the front of the vehicle, the versatile winch system is equipped with two capstan winches that can be used independently of each other. During operation, this assures maximum flexibility coupled with absolute reliability. A single soldier can quickly bring the comparatively light winch cables to the object with no need for special equipment or tools, thus minimizing the time spent outside the highly protected fighting compartment.

During daylight hours as well as in conditions of limited visibility, six cameras mounted on the excavator system, the bulldozer blade and the front and rear of the vehicle support the three-person crew while on the move or conducting combat engineering operations. Crewmembers can access the camera view that is important to them on their own monitor. The cameras make it possible to change tools and carry out a full range of combat engineering operations without exiting the vehicle. If necessary, an auxiliary power unit can provide electricity when the main engine is switched off, simultaneously powering the heating and air conditioning unit for the fighting compartment.

For self-defence, the Kodiak is equipped with a state-of-the-art 76mm smoke/obscurant grenade launcher as well as a remotely controlled “Natter” weapon station. Developed by Rheinmetall, the weapon station can be armed with either with a machinegun (7.62mm x 51 or 12.7mm x 99 (.50 BMG) or a 40mm automatic grenade launcher.

Besides its prime function as a mainstay combat engineering system, the Kodiak can of course also be utilized in a disaster relief role. Last year, the Dutch armed forces deployed the Kodiak and the Bergepanzer 3 Büffel/Buffalo to fight forest fires and other wildfires on the German-Dutch border in early summer.

Milrem Robotics to expand its operational theatre towards the Moon

Saab to Deliver Combat Training Solutions to the Netherlands