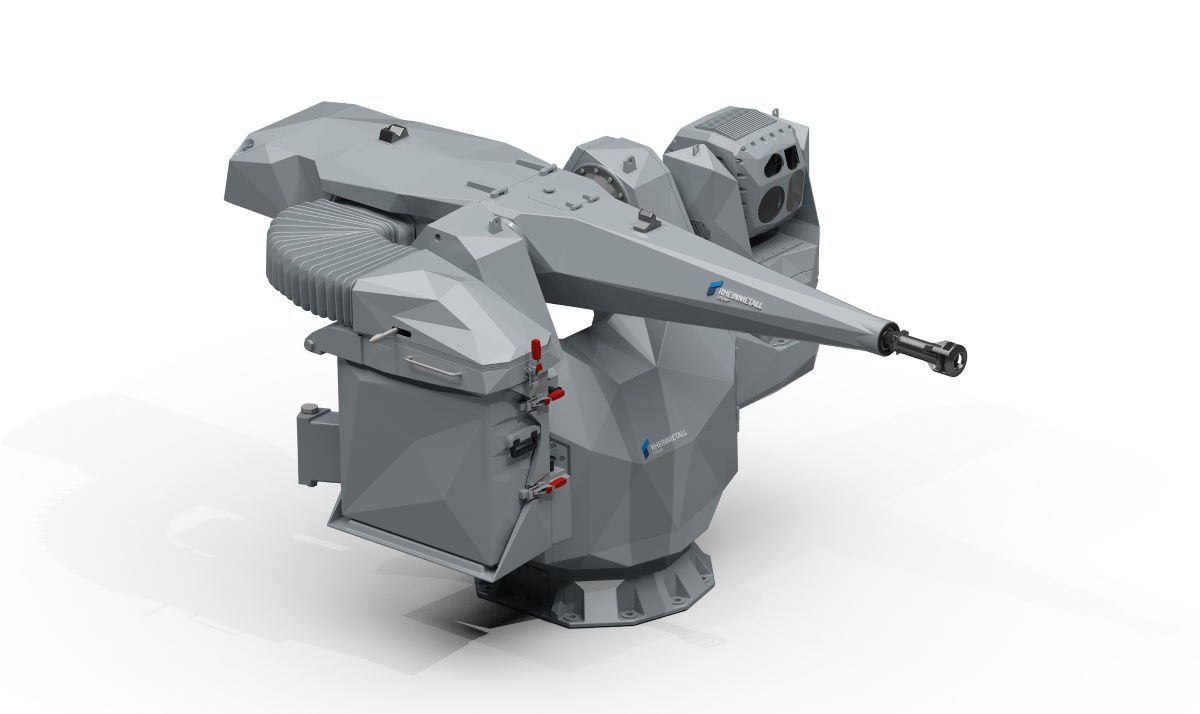 The German technology group Rheinmetall has received an order from Dutch shipbuilder Damen Naval to supply eight state-of-the-art MLG27-4.0 defence systems for the F126-class frigates it is currently building for the German Navy. Each frigate will be equipped with two MLG27-4.0 systems. The order is worth a figure in the two-digit million-euro range and includes an option for equipping two additional F126-class frigates.

The 27mm cal. MLG27 4.0 light naval gun is a member of the new SeaSnake RCWS family of products made by Rheinmetall Waffe Munition GmbH of Unterlüß, Germany, a Group subsidiary with multiple locations. The core element of the remotely controlled MLG27 4.0 is the BK-27M revolver gun.

In use throughout the German Navy, the predecessor of the new MLG27 4.0 serves as secondary armament on Germany’s current F125 frigates.

The 27mm cal. revolver gun can operate in single-shot mode, in adjustable bursts, or at a sustained rate fire of up to 1,700 rounds per minute. Its low weight and adjustable grid-firing capability, coupled with an integrated simultaneous tracker, make the MLG27-4.0 weapon system a powerful armament for modern frigates such as the F126 class.

In combination with other weapon systems envisaged by Damen Naval for the project, the F126 frigates will feature a comprehensive, highly effective array of armament that delivers a critical tactical edge against a multitude of threats.

We are extremely pleased to join forces with Rheinmetall on the F126 project for the German Navy. The broad range of capabilities make their MLG27-4.0 weapon system the right choice for the F126 frigates.

Rheinmetall greatly appreciates its close, trusting relationship with Damen Naval, which, besides successful cooperation in the F126 project, could lead to follow-up projects. “Our MLG27-4.0 weapon system and basically the entire SeaSnake family, have proven highly effective against asymmetric threats. We’re very pleased to be taking part in the ambitious F126 programme and to be supporting Damen Naval in building the frigates” adds Roman Köhne, managing director of Rheinmetall Waffe Munition GmbH.

The Dutch shipbuilder Damen Naval, prime contractor for construction of the German Navy’s new F126 frigate generation, will work closely with key subcontractors Blohm+Voss Shipyards GmbH and Thales Netherlands B.V. in planning and building the four frigates. All four ships will be built entirely at German shipyards (in Wolgast, Kiel and Hamburg), with the first frigate slated for delivery in 2028. The contract between Damen and Germany’s Federal Office for Bundeswehr Equipment, Information Technology and In-Service Support (BAAINBw) includes an option for two more frigates.

Rheinmetall possesses extensive maritime expertise. In addition to armament, defensive systems like the MASS Multi Ammunition Softkill System MASS as well as various sensors, Rheinmetall has long supplied a wide array of simulation systems to the navies of Germany and other nations. 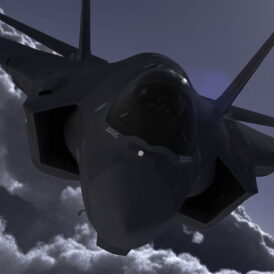