Rheinmetall and Czechoslovak Group a.s. have signed a Memorandum of Understanding in the field of tactical military vehicles. The signing took place at Hradčany Castle in the presence of the President of the Czech Republic, Miloš Zeman.

Under this new strategic partnership, both companies want to enable the transfer of defence technology between Germany and the Czech Republic in order to implement projects in the Visegrad states as well as other countries. A key Czech industrial and business partner of Rheinmetall, CSG will act as a partner in Rheinmetall projects, together with dozens of other Czech defence companies in its supply chain.

A joint venture is to be established in the industrial zone of the truck producer Tatra, based in Kopřivnice, Moravian-Silesian region. The newly founded company, which will be a joint venture of CSG and Rheinmetall Landsysteme, will have the prestigious, internationally known Tatra brand in its name.
Rheinmetall chose the CSG Group as its main industrial partner in the Czech Republic after a thorough analysis of Czech industry, taking into account its experience, capabilities and active production of special land systems tech¬nology. CSG will be able to cooperate with the Rheinmetall Group quickly and effectively. It has a proven ability to transfer production from foreign suppliers, including the ability to develop new vehicle variants and obtain export projects.

CSG welcomes strategic cooperation with Rheinmetall, Germany’s leading defence contractor. The joint venture means that the excellent relations between the Czech Republic and Germany will expand into an industry of strategic importance. A new strategic company will be created in the Moravian-Silesian Region, which will not be a simple assembly plant, but also a developer and manufacturer of modern defence technologies. As a result, the Czech defence industry will expand its capabilities in the field of tracked ground vehicle systems. New skilled jobs will be created by the joint venture and in the downstream supply chain in Czech industry.

We look forward to working together with Rheinmetall and firmly believe that our cooperation marks a milestone in the modernization of the armed forces and domestic industry of the Czech Republic. There is potential for Czechoslovak Group to become Rheinmetall’s partner for the Czech Republic and beyond for replacing and modernizing combat systems.

Rheinmetall develops, manufactures and successfully delivers modern defence technologies worldwide with German quality and an excellent price-performance ratio. The Czech defence industry and the people who work in it possess excellent skills. Czech industry is therefore a natural partner for Rheinmetall. This partnership does not depend on domestic projects and contracts alone. It has long-term potential. Rheinmetall has important orders from all over the world. Its production capacities are at a high level of utilization, which is why it needs high-quality Czech suppliers.Rheinmetall needs a

in the Czech Republic that is a strong private industrial holding company, with a proven ability to develop and manufacture defence technology products, as well as the ability to operate internationally. CSG’s role in the domestic defence industry is unique thanks to its existing partnerships with leading foreign defence industry corporations as well as its sophisticated Czech supply chain, which is composed of private companies and state-owned enterprises. CSG is thus able to ensure that the share of domestic Czech production in modern land systems exceeds 60 percent. Rheinmetall and CSG are ready to invest in the joint venture in order to create production capacities as well as to develop new technologies.

The first task of the joint venture will be to transfer the production of land technology groups and subgroups in projects which Rheinmetall is currently working on. The project can work and be mutually beneficial even without domestic orders. On the other hand, domestic orders are an important impetus for the development of the project as well as for export projects within the V4 countries and other markets.

Cooperation of CSG and Rheinmetall in the form of a joint venture represents a real transfer of production and know-how with high added value and great multiplier effects for the entire Czech economy within the framework of development and production with high added value. This is not a virtual percentage of the Czech share of defence contracts, but a project that will actually be seen and which will be long term and stable.

CZECHOSLOVAK GROUP (CSG) is a holding company developing the tradition of Czechoslovak industry. It supports the development of traditional Czech and Slovak companies engaged in defence and civil industry and trade. In 2019, CSG´s companies generated sales of more than EUR 28.5 billion and had more than 8200 employees. The main branches of CSG are mechanical engineering, automotive, railway, aerospace and defence industries. CSG’s products are present at all continents thanks to the company’s strong pro-export orientation.

About RHEINMETALL: Global technology leader in security and mobility

A publicly traded enterprise, Rheinmetall AG is dedicated to the twin modern imperatives of security and mobility. Headquartered in Düsseldorf, Germany, the Group has some 30,000 employees worldwide. Annual sales last year exceeded €6 billion.

The Group’s Defence arm covers a wide range of capabilities for modern ground forces: reconnais-sance, command and control, tactical mobility, kinetics and force protection. Rheinmetall is one of the world’s leading makers of logistic and tactical vehicles. Around the globe, the name Rheinmetall is synonymous with robust military trucks and cutting-edge wheeled and tracked combat vehicles.

One of Rheinmetall’s special strengths is its ability to serve as a prime contractor, supplying standalone solutions as well as comprehensive systems of systems. The Group cooperates closely with other companies in Germany and abroad.

Rheinmetall has figured prominently in the Czech automotive industry for many years. The Group operates three plants in the ÚstÍ nad Labem region, employing around 1,200 people in total. These plants primarily produce pistons for petrol- and diesel-powered engines as well as components for reducing harmful emissions and other engine parts. 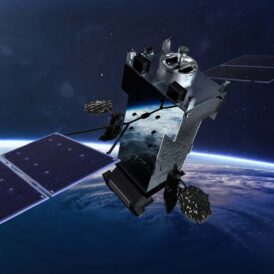