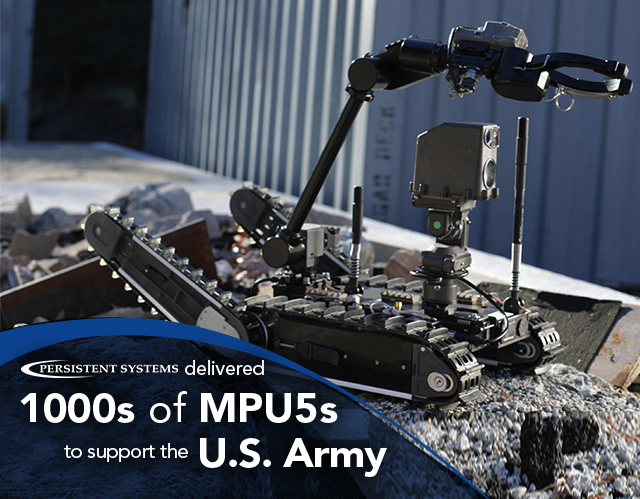 Persistent Systems, LLC (“Persistent”) a leader in mobile ad hoc networking (MANET), announced that it has received additional orders from QinetiQ US to provide thousands of MPU5 MANET devices in support of the U.S. Army’s Common Robotic System – Individual, or CRS (I), program.

CRS (I) is the Army’s continuing effort to provide dismounted troops with a lightweight, highly mobile unmanned ground vehicle (UGV) to conduct reconnaissance, surveillance, and target acquisition. In 2019, QinetiQ was selected to provide its SPUR platform for CRS(I). Persistent Systems, in turn, supplies the communications and command-and-control element of the UGV.

The MPU5’s robust, low-latency networking capability allows the operator of the SPUR platform to send commands to the UGV as well as receive video and other sensor data back, which can also be shared with everyone else on the network.

To date, Persistent Systems has supplied hundreds of radios for CRS(I) and we are just entering full-rate production for the program.

The company’s new, state-of-the-art production facilities will meet the increased demand as well as those of other programs, he added.

In addition to the CRS(I) orders, QinetiQ US is renewing for another five years its partnership in the Wave Relay® Ecosystem, an industry alliance of sensor, UGV, and unmanned aircraft contractors all using Persistent’s MANET as their default network. Ecosystem partners enjoy such benefits as competitive pricing, on-site expert training, product integration support, and access to the Persistent technology roadmap.

During last the five years, Persistent Systems collaborated closely with QinetiQ US. Besides supporting QinetiQ US in its early CRS(I) deliveries, Persistent has helped its Ecosystem partner on the Tactical Adaptable Light Ordnance Neutralization (TALON) family of robotic systems for the U.S. Army, providing an upgraded communications package for the UGVs.

The two companies have, as Ecosystem collaborators, won some $500 million worth of business.

We are excited to extend our partnership with QinetiQ US and look forward to backing the company on future initiatives. 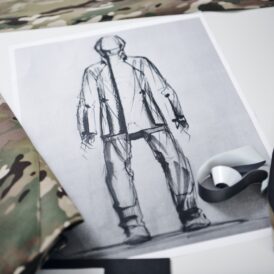