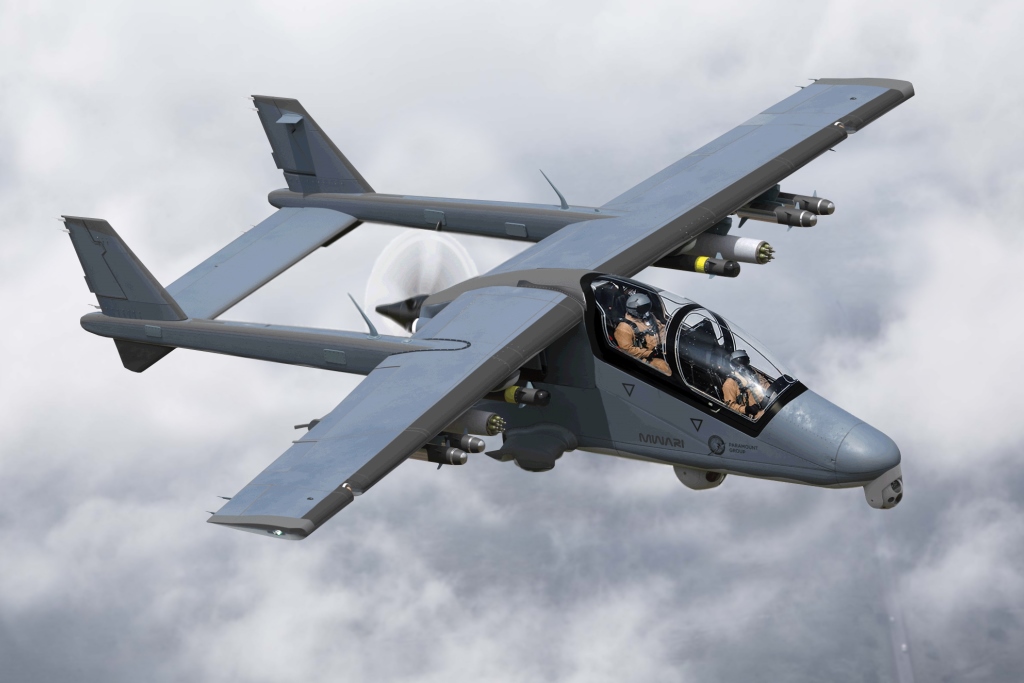 In a major boost to Africa’s indigenous aerospace industry, Paramount Aerospace Industries, the subsidiary of the global aerospace and technology company, Paramount Group, today announced that it has secured customers and orders from multiple Air Forces for its revolutionary ‘Mwari’, the advanced reconnaissance, surveillance, and precision strike aircraft.

The orders for nine new Mwari’s represent an important milestone in its commercial success and have resulted in full levels of production at Paramount Group’s state-of-the-art aircraft factory, in meeting increasing global demand for the aircraft’s unique capabilities.

Mwari addresses a key global security requirement from air forces around the world, of any size, for advanced ISR and precision strike capabilities, in doing so, performing missions that previously required several different aircraft. It integrates design concepts from helicopters, surveillance platforms and reconnaissance aircraft with the ability to carry multiple systems, such as surveillance radar and electro optic sensor systems.

Mwari is a game changer for Air Forces. It’s purposefully designed for the kind of asymmetrical warfare that modern military forces across the world are today being asked to conduct. The aircraft has a critical role to play in the connected battlefield, providing forces on the ground and in the air with a force multiplier competitive advantage.

This is a proud moment for Paramount and our continent’s aerospace industry. The development and deployment of Mwari underscores the strategic importance of a world-class, indigenous African aerospace industry, one that can quickly and collaboratively address the increasing security threats, conflicts and insurgencies which Africa presently faces.

Unique to the Mwari is its Interchangeable Mission Systems Bay (IMSB), located in the belly of the aircraft, providing near-endless sensor and payload options which can be integrated and be swapped out in less than two hours to take advantage of its innovative ‘plug-and-play’ mission system. The modular pod allows this single platform to perform a multitude of roles without any aerodynamic or ordinance penalties.

Mwari offers advanced onboard sensors, weapons and real-time data analysis that can undertake a wide range of missions, in austere and remote environments with very little logistical support. The aircraft is further purpose-built to be infinitely reconfigurable, allowing the application of Mwari in multiple roles and missions in response to diverse customer requirements around the world.

The digitally designed aircraft is manufactured in South Africa at a state-of-the-art factory on the Paramount Aerospace Industries Campus in Wonderboom, North of Pretoria. This facility is a vertically integrated operation that uses latest-generation machines to fabricate all airframe components and subsystems directly from a digital model.

Unlike other platforms, Mwari’s distinct pusher-prop configuration and stadium seating affords its pilots unparalleled visibility. Additional sensors on mounting points around the aircraft are integrated into the Mwari mission system, ensuring 360˚ of electronic coverage and superior situational awareness throughout the flight envelope, no matter the theatre, whether day or night.

This comprehensive, open-architecture and flexible system allows for the quick and low-cost integration of new pods, avionics, cargo, special mission equipment, weapons, and sensors, throughout the entire lifecycle of the aircraft.

The night vision enabled glass cockpit, enhanced by touch screens, HOTAS and a keyboard-equipped interface, has also been optimised for pilot ergonomics, with the rear crew member gaining excellent visibility as compared to typical configurations.

Mwari has a service ceiling of up to 31,000 ft, and offers a maximum cruise speed of 250 knots, a mission range of up to 550 nautical miles with ordinance and an overall endurance of up to 6.5 hours. The aircraft also offers ‘Short Take-off and Landing (STOL)’ capability, with rugged retractable landing gear ensuring the aircraft is optimised for both semi and unprepared airstrips or sites.

Drawing on both Paramount Group’s commitment to innovation and its extensive research and development (R&D) and manufacturing experience, the Mwari has been designed with portable production in mind. The aircraft could, depending on customer requirements, be exported in kit format for final assembly in customer countries and can easily integrate into supply chains around the world, enabling scalable mass production.

Our announcement here at AAD 2022 is not only a breakthrough in the aerospace arena, it also serves as a milestone in our continent striving for greater high-skills training and technology-driven employment opportunities. A strong defence industrial complex has been proven time and again to bolster sustainable economic growth. We are proud to play our role in that process. 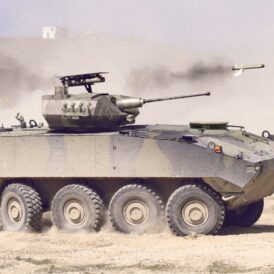