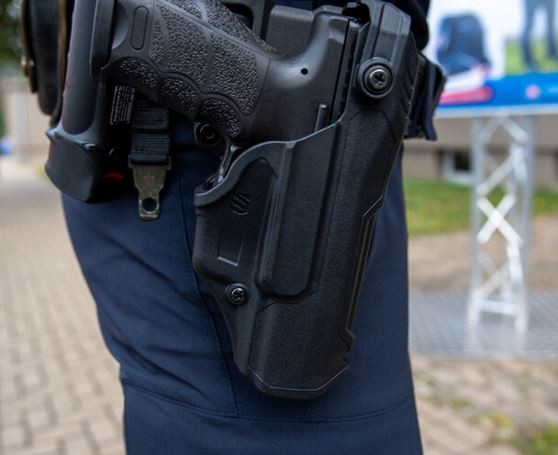 Blackhawk®, a leader in law enforcement and military equipment for over 20 years, announced today its German distributor Helmut Hofmann has been awarded a contract from the Niedersachsen Police Department in Germany for new duty holsters from Blackhawk’s T-Series Holster line.

The Niedersachsen Police Department, which includes the entire Lower Saxony state police, selected the Blackhawk T-Series L3D as its new service holster as part of the full agency conversion from a competitive brand.

The Blackhawk L3D T-Series holster was selected by the Niedersachsen Police after an extensive testing and evaluation period, which included numerous holster models from various competitors. After thoroughly examining each submission, the department chose the Blackhawk holster based on its proprietary lightweight and robust materials plus its safe operating methods that are tailored to the requirements of the respective authorities, which significantly simplifies training.

We are honored that our T-Series holster has been selected by the Niedersachsen Police. This agency, along with multiple other European allies, have been strong advocates of our products and we are proud to support these men and women with a holster designed to meet the highest standards for performance and reliability.

Developed with a low-friction internal material, the T-Series holster allows for a smooth and effortless draw, while its external design features a proprietary glass reinforced nylon for the utmost durability. This combination of features has been reported by adopting agencies to not only improve qualification scores by allowing for a smooth, fast draw, but to also promote safer handling of the sidearm.

Adding to its versatility, the T-Series L3D holster comes standard with the Jacket Slot Belt Loop and has three additional mounting options. Users can select either the S.T.R.I.K.E®/MOLLE Platform, or one of Blackhawk’s two different drop leg platforms, all of which can make use of the new patented pending Blackhawk second generation Quick Disconnect System. This unique and one-of-a-kind system allows the holster to be quickly and conveniently moved from one platform to another with no tools required.

Designed to follow Blackhawk’s Master Grip Principal, all T-Series holsters are specifically developed to allow the user’s hand to land naturally where it should in order to deploy the sidearm. This efficient movement pairs with the sound-dampening, low-friction, internal material that translates into a smooth, quiet draw. 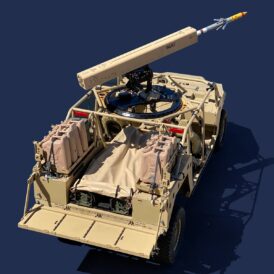