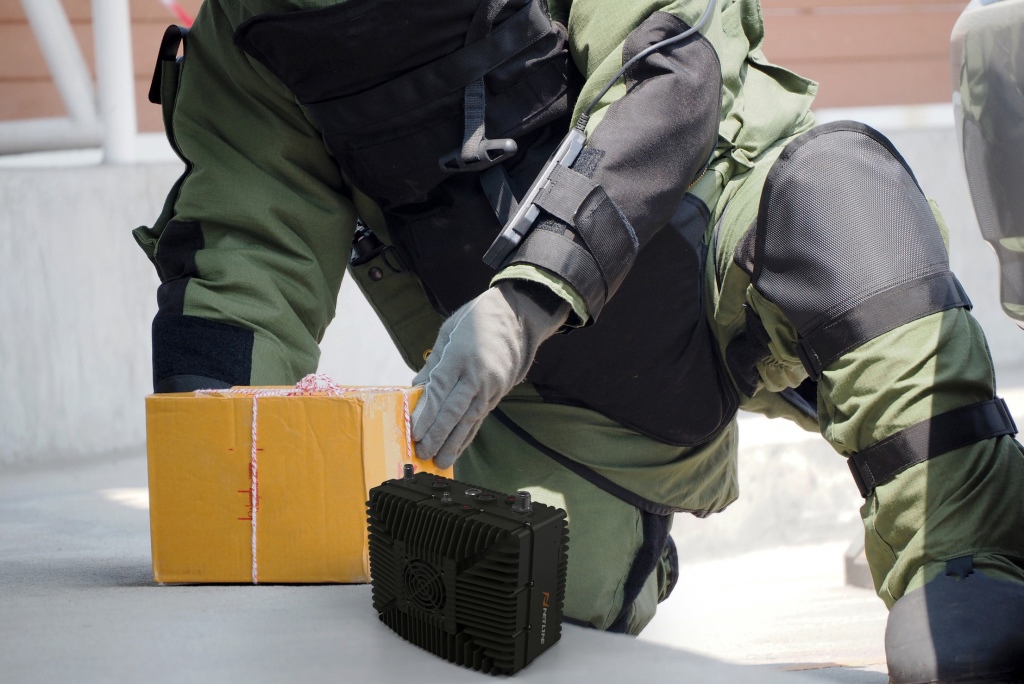 Based on the proven, reliable and advanced technology of the C-Guard family, the C-Guard Micro is exceptionally compact and easy to carry, and offers an extremely high level of performance. It has been tailored and adapted to the needs of bomb disposal units for a flexible, mobile, compact and effective system, in terms of jamming strength.

Weighing approximately 2.5kg, the C-Guard Micro can be carried either by a single user or by an EOD robot. When carried by an EOD robot, the system supports remote operation for switching the system on/ off and changing mission profile in real time, enabling interoperability between the robot and the jammer.

Being compact, the system comes with a maximum of three antennas, offering extremely high performance, while also being able to handle and jam high frequencies – from UHF/ VHF up to 6GHz – which until now was only possible in large, cumbersome systems with multiple antennas.

With small form factor and simple operation, the C-Guard Micro gives the users flexibility in situations where access is time-critical but limited, or possible only via stairs. The ruggedized system is resistant to harsh environmental conditions.

The C-Guard Micro is based on Netline’s Software Defined Radio (SDR) platform, enabling flexibility and adaptability to various operational scenarios and arenas, and new emerging threats, by re-configuration of the system in accordance with the existing threats in the arena

The system works on an external rechargeable battery that enables an operating time of about an hour, or by an external power source – such as the bomb disposal robot – giving the team the time required to neutralize the threat, while maintaining force protection.

The C-Guard Micro jammer makes use of our new state-of-the-art EW Technique Generator. With more than double the transmitting bandwidth of the previous generation solution, it covers all threats with only three bands. Leveraging our proven jamming technologies, which have been operational for over two decades, the C-Guard Micro jammer achieves an exceptional weight-power-performance combination. We developed this unique system in accordance with the existing need of various bomb disposal units for an advanced technological solution, in a flexible and compact system. We are proud of this system, and of the contribution it makes by protecting unit personnel and enabling forces in the field to quickly neutralize threats and complete their mission. 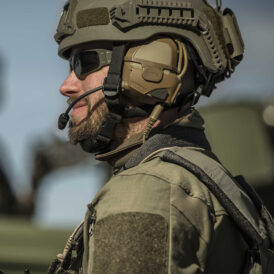