Recently, there is a lot of buzz about latest Polish MSBS/GROT assault rifle. It wasnt’ yet adopted widely by Polish Armed Forces (currently, only with WOT Territorial Defense Forces) and still remains unavailable for commercial market (although, this will change very soon). There is a lot of discussions in the net about those rifles. There were some concerns about GROT’s bayonet and particularly, a way how it is affixed to the rifle. The bayonet itself does not feature a muzzle ring or classic mounting catch as in the most common bayonets. The attachment lug in MSBS/GROT is placed directly under the barrel and attached via the back of handle. The bayonet does not have muzzle ring as mentioned above and it is affixed to the lower edge of muzzle device via hook attachment looking like micro-dace.

There were never-ending discussions where some people stated that this attachement system blocks the muzzle end and does not allow to shoot the rifle.

We have decided to check out this “problem: during one of our visits in Fabryka Broni Łucznik Radom. We took random rifle from the last batch for WOT and a random bayonet. Rounds chambered, hold my beer and watch out, watch out our video.

More about the MSBS/GROT bayonet in upcoming Frag Out! Magazine #19! 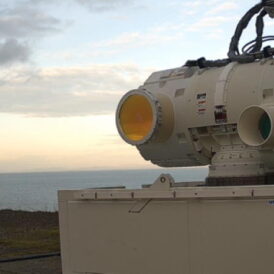