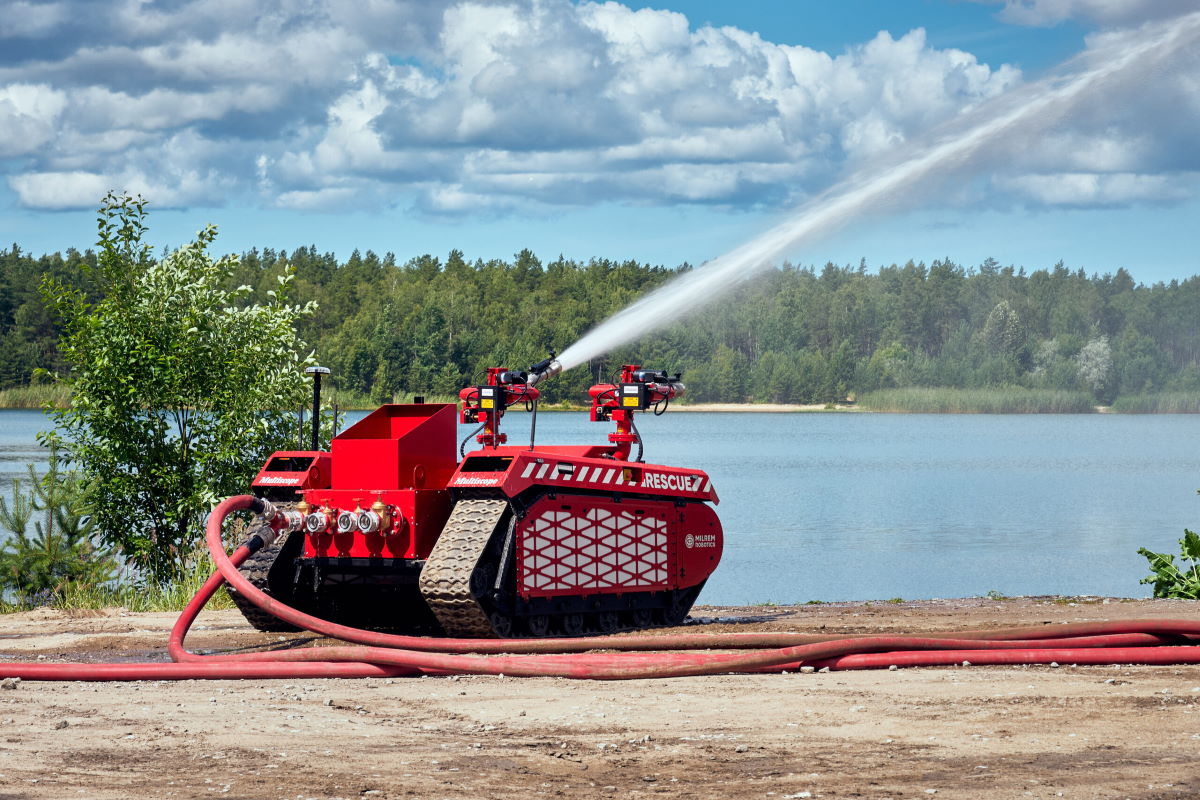 The firefighting robot can be remotely operated by firefighters who remain at a safe distance while receiving a complete overview of the operation area via various cameras, i.e. thermal and infrared, and sensors onboard the robot that can additionally detect gas or chemical leaks.

The fire monitors can be operated independently from the UGV thanks to separate cameras on the UGV and the monitors allowing the vehicle to change position while maintaining a perfect overview of the fire. The system can also be complemented with additional preventive and repressive systems and autonomous functions.

The Multiscope Rescue Hydra developed together with InnoVfoam can alleviate dangers firefighters face and help contain fires faster. This is also an ideal tool for military rescue services that face the same challenges as other firefighters.

The Multiscope Rescue has a maximum payload capacity of 1200 kg and pull force of 15 000 N allowing it to be equipped with a variety of firefighting specific payloads including foam or water tanks, but also tethered drones for better situational awareness.

InnoVfoam’s fire monitors can dispense water and foam from 2000 up to 20 000 liters per minute. 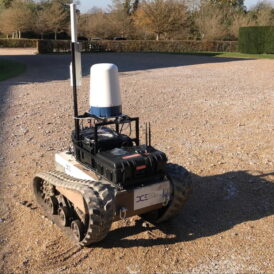