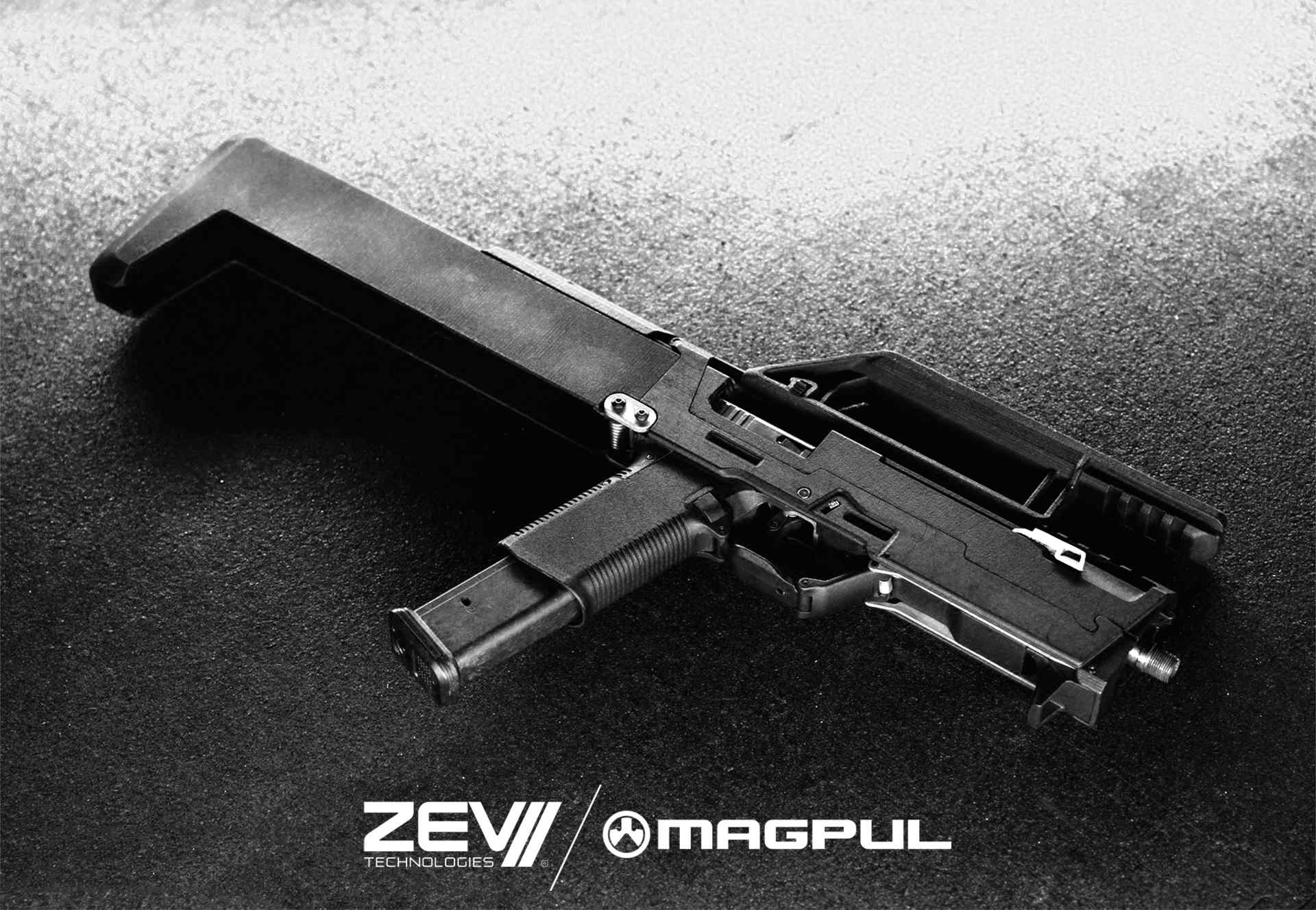 The FMG-9 concept is back. The Magpul and Zev Technologies are bringing the old concept to life!

In 2008, Magpul® introduced a folding concept gun based on the Glock® operating system. It deployed single-handedly from a compact, simple form factor into a short-barreled carbine that was easier to handle and easier to employ accurately than many typical handguns. It also provided its own safe storage method by folding into itself to form a case. At the time, this concept firearm was intended to be just that…a concept.

In 2019, ZEV Technologies® released their OZ9 modular pistol, which is compatible with Glock-style operating systems, using a unique receiver block that’s independent of the pistol’s grip and allows users to change grip frames to suit their needs.

Shortly thereafter, Magpul and ZEV began working together to bring the folding gun concept to life using a proprietary variant of the ZEV OZ9 operating system and a Magpul chassis. Since then, we’ve been refining designs and obtaining required legal approvals. The result: The ZEV Technologies Folding Defensive Pistol-9 (FDP-9) and Folding Defensive Carbine-9 (FDC-9), both offered in 9x19mm.

The intent, with preliminary ATF approvals in place, is for ZEV Technologies to offer the FDP-9 firearm as a complete, large-format pistol. From there, the purchaser can enjoy the firearm as a self-enclosing large-format pistol. They may also choose to file the appropriate ATF Form 1 and, after approval, purchase a conversion kit to legally assemble it into the FDC-9. It will then be classified as a short-barreled rifle (SBR) and subject to all NFA laws. Although not certain at this time, the FDC-9 might also be offered straight from ZEV and would transfer to the purchaser as an SBR on an ATF Form 4 through their local dealer. The FDP-9 and FDC-9 will not be available from Magpul; they will be available from ZEV Technologies and through distributors and dealers that carry ZEV Firearms.

The ZEV FDP-9 and FDC-9 firearms won’t be ready until next year, but we wanted to share them with the world a little early. We’ve already crossed the most significant hurdles to bringing this concept to life, and we’ll be sharing a lot more about it throughout the upcoming year.

The ZEV Technologies FDP-9 and FDC-9. Brought to you by ZEV and Magpul. Coming in 2022. 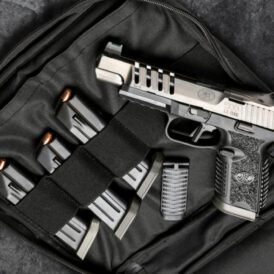