Tests, held in May, confirmed ammunition’s effectiveness and accuracy in reaching long and challenging distances and proved their compatibility with the in service 155mm howitzer on the market.

Conceived and realized to operate with high accuracy against stationary and moving point targets, Leonardo’s Vulcano guided ammunition is able to reach a range up to 70 km with metric precision thanks to its outstanding aerodynamics and GPS guidance. In addition to the guided configuration with Radio Frequency (RF) fuse, which allows altimetric, instantaneous and delayed impact, the ammunition is available with Semi Active Laser (SAL) sensor. The latest allows to engage laser designated targets, stationary and moving, with further improved precision with respect to pure GPS guidance.

In the same firing session, 155mm HE – ME465 projectile, manufactured by MES – Italy has been successfully fired from other howitzers.

The firing test confirmed the performances of the ME465 projectile in terms of range (24 Km) and lethality effect at impact (11 Kg of High Explosive) when compared with M107 projectile. 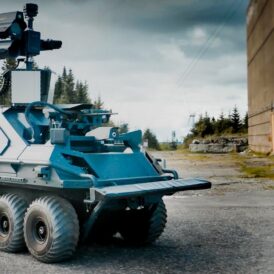