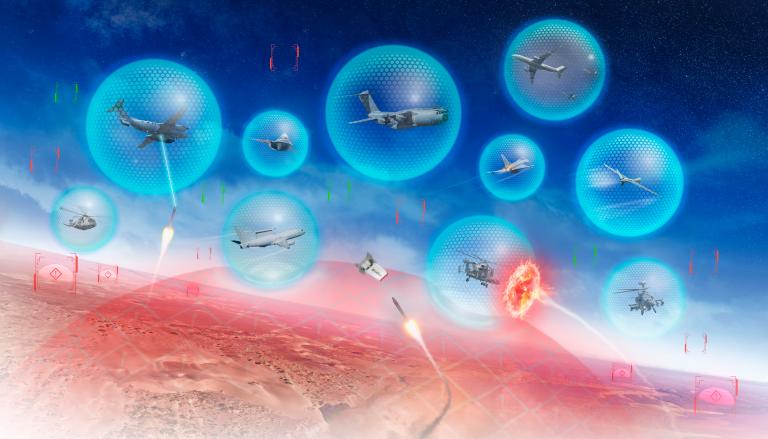 The Leonardo Modular Advanced Platform Protection System (MAPPS) controller, which exploits the NATO Defensive Aids System (NDAS) standard, will be at the heart of the system when equipping UK fleets with these capabilities.

Leonardo is the UK’s onshore provider of integrated Air Platform Protection (APP) capabilities. The company already provides protective equipment for many UK Armed Forces aircraft from its research and manufacturing sites in Edinburgh and Luton, including for RAF Typhoons, Shadow R2 surveillance aircraft, E-7 Wedgetail airborne early warning aircraft and the majority of the UK’s helicopter fleet including the AW159 Wildcat, AW101 Merlin and Apache AH-64E. Many of these involve Leonardo working with partners who provide key sub-systems and technologies.

The new SPA will see industry working proactively alongside the Armed Forces and MOD towards a shared vision of aircraft protection which is fit to meet the challenges of the future as well as the threats of today. Leonardo will work with other UK companies, bringing together advanced onshore technologies to develop common UK APP systems suitable for the UK’s various fleets of aircraft.

The thousands of highly-skilled scientists and engineers we employ around the UK take great pride in researching, manufacturing and supporting the technology which keeps our Armed Forces safe. This new arrangement will see us further developing our partnerships with MOD and industry to ensure that our Armed Forces continue to be some of the best-protected in the world. It will also provide additional prosperity opportunities for the UK by creating desirable capabilities that can be exported internationally.

Assuring the safety and protection of our people and air assets provides the UK with operational independence. This strategic partnering arrangement with Leonardo, and in the future other industrial partners, will ensure that we maintain continued access to cutting-edge protective technology onshore in the UK, as well as providing industry with the confidence to invest in the next generation of advanced defence electronics.

To further boost UK prosperity, under the SPA the MOD will support Leonardo to promote UK APP capabilities to partner nations that share similar requirements.

The new SPA is the second such arrangement between Leonardo and the UK MOD. The Company signed a 10-year SPA with the MOD in July 2016 which focusses on the development of future rotary wing platform requirements and export opportunities.

The UK APP solution will incorporate equipment that can detect, identify and defeat threats to an aircraft. Leonardo’s electronic warfare experts in Luton will integrate the system, which will be controlled by the company’s smart defensive aids system computer, called the MAPPS controller. This can independently evaluate threats and automatically launch life-saving countermeasures.

Specific countermeasures will include Leonardo’s Miysis Directional InfraRed CounterMeasures (DIRCM) system, which uses high-powered laser beams to protect aircraft from heat-seeking missiles, and the company’s BriteCloud decoy, which uses advanced jamming to protect from radar-guided threats. Depending on the aircraft, the MAPPS system could include advanced radar warning and electronic surveillance measure capabilities and Leonardo will also draw on technologies from other UK-based companies in capability areas where they are leaders in their field.

Looking forward, a spiral development approach will see further research work leading to upgrades throughout the life of the SPA, ensuring that this world-leading equipment stays ahead of the threat. This will ensure that UK Forces maintain the freedom to operate when and wherever they are called upon. 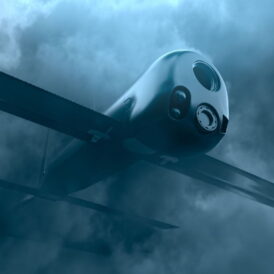