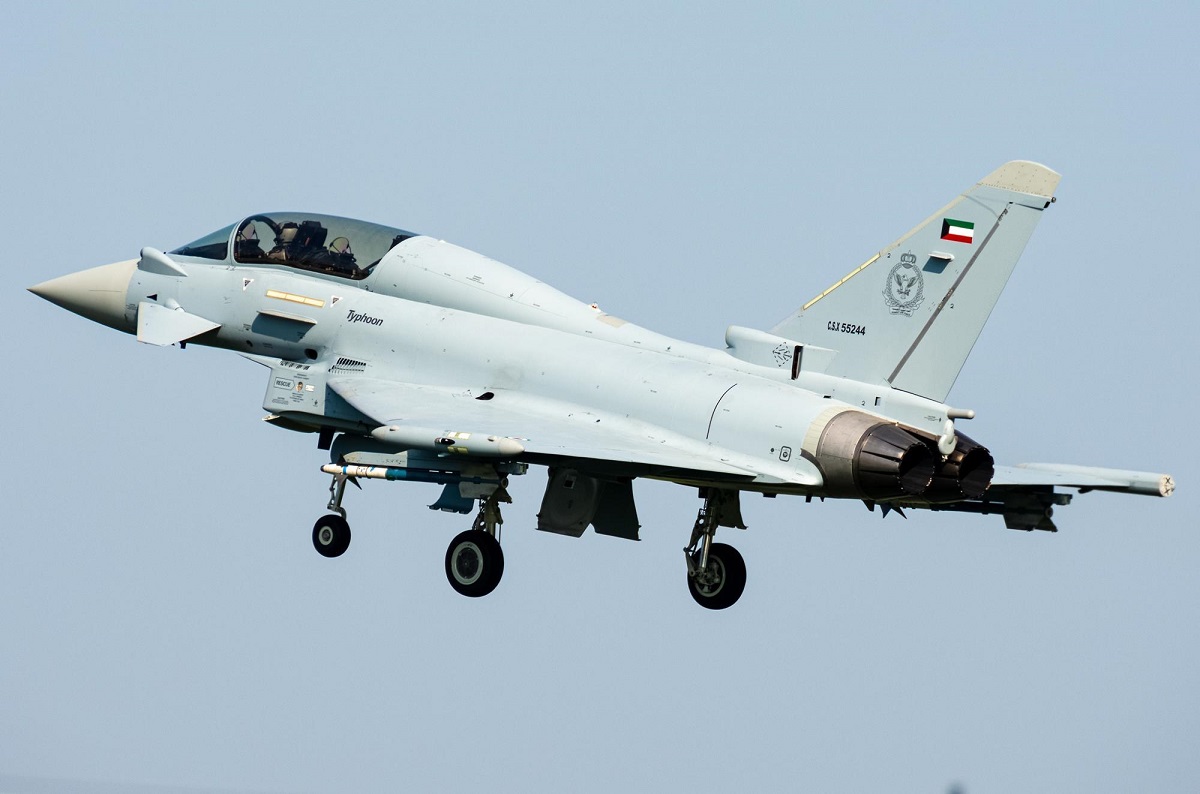 Leonardo represents with its activities about 36% of the value of the entire programme, with its key role in the aeronautical components and the on-board electronics. Leonardo also plays a key role in the evolution of the Eurofighter thanks to the new AESA (Active Electronically Scanned Array) radar that equips the Eurofighter Typhoons for Kuwait, which increases the aircraft’s performance and competitiveness.

This is an excellent operation for Italy, demonstrating the success of Italian products abroad and an important step towards consolidating the position of Italian industry in the world. Defence is a stimulus for the development of innovative and increasingly advanced technological solutions.

Italian Defence Minister Lorenzo Guerini stated today after the delivery of the first two Eurofighter Typhoons to the Air force of Kuwait. These are the first two Typhoons in the framework of a wider order for a total of 28 aircraft that will be delivered to the Kuwait Air Force. The delivery of these first two aircraft takes place in a particularly significant year for both countries, as 2021 is the year of the 60th anniversary of the establishment of Italian-Kuwaiti relations.

The Eurofighter Typhoons we have developed and produced for the Kuwait Air Force are the most advanced in the whole history of the European programme. We will provide the country with an impressive air defence capability. In cooperation with the Italian Air Force we trained their pilots in our training centres in Italy, we built state-of-the-art infrastructures to support and maintain a fleet of 28 aircraft. The milestones we are celebrating today is the result of the effective cooperation between the two countries, where Institutions, Armed Forces and Industry have worked together in synergy.

The ferry flight for the first two Kuwaiti Eurofighters was made possible thanks to the Italian Air Force’s essential support, which guaranteed the “Air to Air Refuelling trail”. This was achieved through a complex operational activity, which involved two KC-767 tankers from the Pratica di Mare 14th Squadron and two Eurofighters from the Grosseto 4th Squadron Fighters which escorted the two Kuwait Air Force’s aircraft.

There are many different existing international cooperation programmes between the Italian Air Force and Kuwait, some are related to training and people skills development at the Air Force’s facilities. Such as the training of Kuwaiti cadet pilots for the attainment of their military pilots’ license, the advanced training for the latter’s operational conversion on the Eurofighter at the 20th Group of the 4th Squadron in Grosseto, and the training of aircraft maintainers for the same aircraft. In addition, together with Leonardo Test Pilots, some instructors from the Italian Air Force will support the initial training of Kuwaiti pilots and the OCU (Operational Conversion Unit) growth at Al Salem base.

The Eurofighter aircraft benefits from a well-defined programme of technological updating and improvement that guarantees its competitiveness throughout its entire lifecycle. Constantly evolving technologies, both on board the aircraft and in the context of logistical support, increase its operational effectiveness, survivability, and efficient management. The Eurofighter programme is a cornerstone in the development of European aerospace and defence technologies and provides the industries involved with technological leadership that will guarantee competitiveness for many next generation programmes.

The Eurofighter programme is managed by the Eurofighter GmbH consortium, a company based in Munich (Germany) owned by Leonardo, BAE Systems and Airbus Defense & Space for Germany and Spain. On the government side, the programme is managed by the NATO Eurofighter & Tornado Management Agency (NETMA), which was set up to meet the procurement needs of the air forces from the four participating countries: Italy, the United Kingdom, Germany, and Spain.

In addition to the four partner countries, which have already ordered 510 Typhoons, international customers now include Saudi Arabia (72 aircraft), Austria (15), Oman (12), Kuwait (28) and Qatar (24), a total of 661 ordered planes.

In terms of workforce, the Eurofighter programme involves more than 100,000 people in Europe; over 20,000 people are based in Italy (including direct, indirect and induced employment). More than 400 suppliers work for the Typhoon, including 200 in Italy. 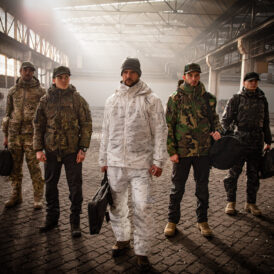