Lead Ban – Judgement of the ETOJ

Zbigniew Herbert, “The power of taste”

I have the dubious pleasure of informing you of the court verdict in a case that Firearms United Network has filed against the European Commission on the attempt to ban, initially, lead shotgun ammunition in wetlands, and soon to ban lead ammunition altogether.

I’m not going to drag out or make lengthy introductions. So let me be brief and frank. We lost the case. All, absolutely ALL the issues and arguments raised by us have been dismissed. There is no appeal against the judgment of the ETOJ.

A few words of comment because I think it is necessary

We all expected that we might lose the trial. Moreover, having previous experience with EU institutions, this was quite a likely outcome. What is absolutely shocking for all of us is the contempt with which we have been treated by the ETOJ. Yes, CONTEMPT. I use that word consciously.

I will cite only a few examples. We questioned the report on which the Regulation is based. Due to its bias and selective use of scientific sources. We have presented many documents and scientific papers, cited scientific papers that contradict the assumptions adopted by ECHA and the conclusions based on them. In response to this allegation, the ETOJ stated that the preparation of the report falls within the limits of ECHA’s discretionary legal means for the protection of nature and health, and this is the only thing that the court will examine. Can you see? The ETOJ is not interested in whether the ECHA report is correct or incorrect. Does it contain truth or lies. The only thing that interests the ETOJ is whether it was created under the prerogatives of ECHA. AND NOTHING MORE!

We asked for a witness expert to be appointed to analyze the documentation prepared by ECHA. The motion was rejected because we have not demonstrated that the ECHA report is flawed. Here we begin to enter the chains of tautologies a bit, because the purpose of appointing a witness expert was to determine whether there are errors in the documentation or not. But as you can see, tautology is high on the list of tools used by European institutions, which can be seen in the further part of the judgment’s justification.

We asked for a witness expert to be appointed to assess the economic effects of the implementation of the Regulation. The application was rejected. Why? Because we have not demonstrated that anyone will suffer losses because of this. And in this way, absolutely ALL the arguments raised by us, all doubts, were treated. All the points that need clarification and all the ECHA lies we have exposed.

We raised the issue of too broad a definition of wetlands. And again. The matter of definition was dismissed with a simple statement that it is about waterfowl habitats, and the intention of the authors is to protect birds, and therefore the example of a puddle we have indicated is meaningless, because a puddle is not a waterfowl habitat. This is probably the crux of the problem. In the word ‘intention’. Unfortunately, a road to hell is paved with good intentions. I do not know what the intention of the authors of this Regulation was. I can only suspect it. However, I know that this mythical ‘intention’ is not written anywhere in the Regulation itself. And it is a legal document and in six months absolutely no one will remember what the intention was. Officials will blindly apply the law enshrined in the Regulation.

All documentation related to the response to our legal complaint was treated in this way. You can read it yourself (links at the end of the article). All procedural documents are available in all European languages, with the exception of the final judgment, which is currently only available in Polish and French. The translation will be available soon.

You should also know that in accordance with the legal principles, FUN was charged with the entire costs of the process and the need to reimburse the costs incurred by the European Commission as part of this process. We do not know this amount, we do not know how much it will be, but we will have to cover it. And as I wrote earlier, there is no appeal against the judgments of the Court of Justice of the European Union. This judgment is final.

However, I don’t want to leave you with only negative information. On the legal front, there is nothing more we can do today. However, we still have one small glimmer of hope. This ray is lobbying activities. Which, unfortunately, are very expensive.

And now we come to the last thing I wanted to tell you. If we think in any way about developing our passion and lifestyle, which is shooting, we need to organize ourselves better. We must work together. We must have the financial means to hire lobbyists to be present in Brussels and lobby for our cause. We will not be able to act effectively if we do not. Now. TODAY. Tomorrow will be too late.

There are 15 million legal firearm owners in Europe. If only 1% of them, 1%, i.e. every 100th person, supported FUN by joining the organization and paying a ‘shocking’ fee of 25 Euro per annum, which is a cost comparable to a package of good ammunition, we would have a budget of almost EUR 4 million per year. And we could take action through lobby groups. And if you thing that these numbers are made up, well, our FB profile has 25k followers and some of our posts reach several hundred thousand people.

I often hear comments that the premium we are talking about is too high, that people do not have such money. I find this hard to believe, but I won’t judge anyone. Maybe that’s the case and maybe we won’t be able to get the financial resources to try to save our way of life? But the truth is that if we are unable to provide ourselves with resources, our way of life will be destroyed by officials. Just destroyed. Unfortunately, my name is not Bloomberg, I don’t have assets comparable to Bloomberg’s to be able to pump money into necessary activities. And I would love to have such opportunities, believe me. We must do it together. And if we don’t do it, because it’s too hard, too taxing, because we don’t have the time, money, willingness, etc., we’ll end up in reservations. We’ll just end up on reservations. Our hobbie will be destroyed, the opportunity to play sports will be taken away from us. We will be treated with even more contempt than in recent months.

And the last thing. If we do not have the strenght in us to fight for our lifestyle, to sacrifice for it, to bleed for it…. Then we do not deserve to have it.

This is the sad reality. It is up to us whether we will be sheep or wolves. Only from us.

And to paraphrase Cato the Elder: 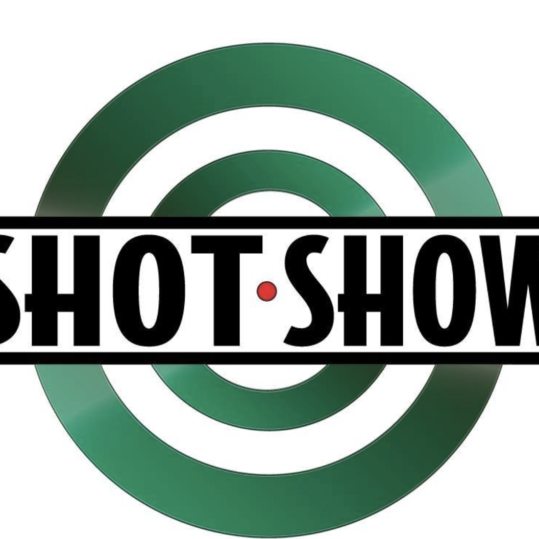