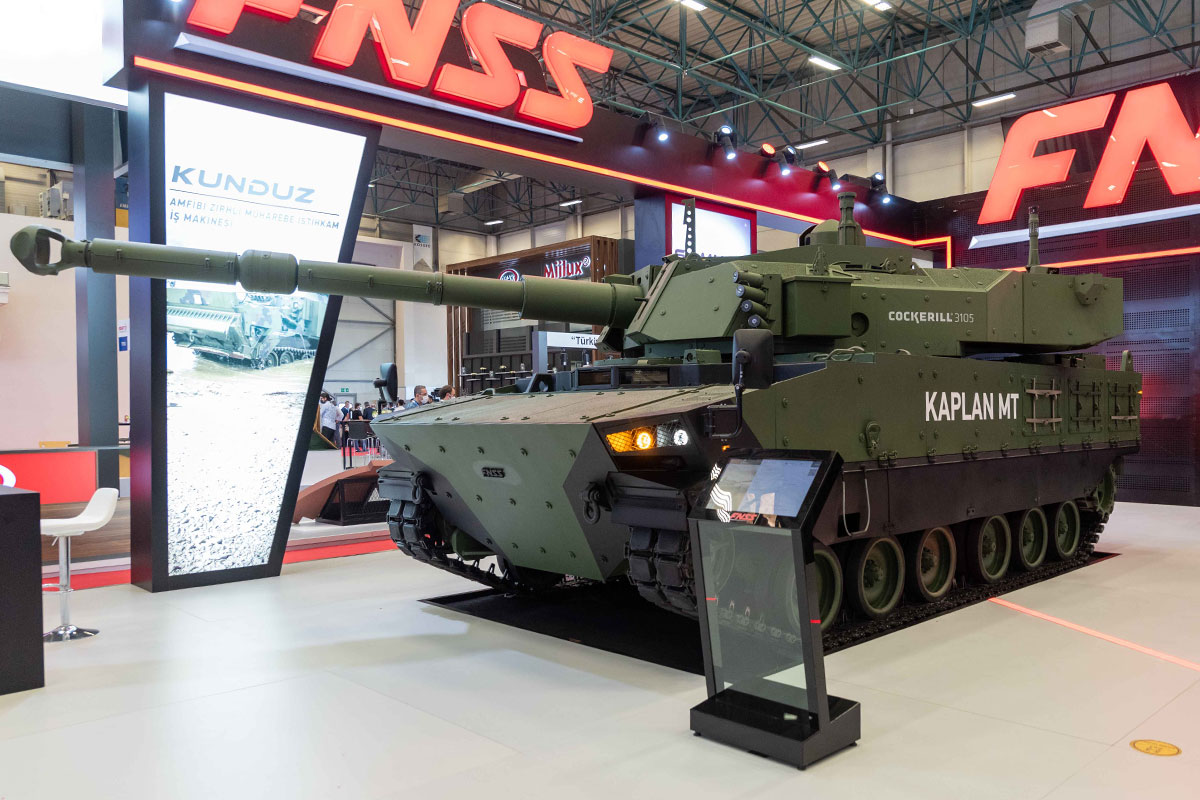 KAPLAN MT, The Only Tank Exported by Turkish Defence Industry Exhibited at IDEF2021 with its New Serial Production Platform Design.

The KAPLAN MT Project is Turkey’s first export contract in the Medium Weight Tank Class, as well as the first project that was initiated and concluded within the framework of the Defence Industry Cooperation Agreements signed between Indonesia and Turkey. The production started after the final design for serial production was decided upon at the FNSS facilities, with the participation of PT Pindad engineers and end users from the Indonesian Army. The delivery of the vehicles will be completed in 2021.