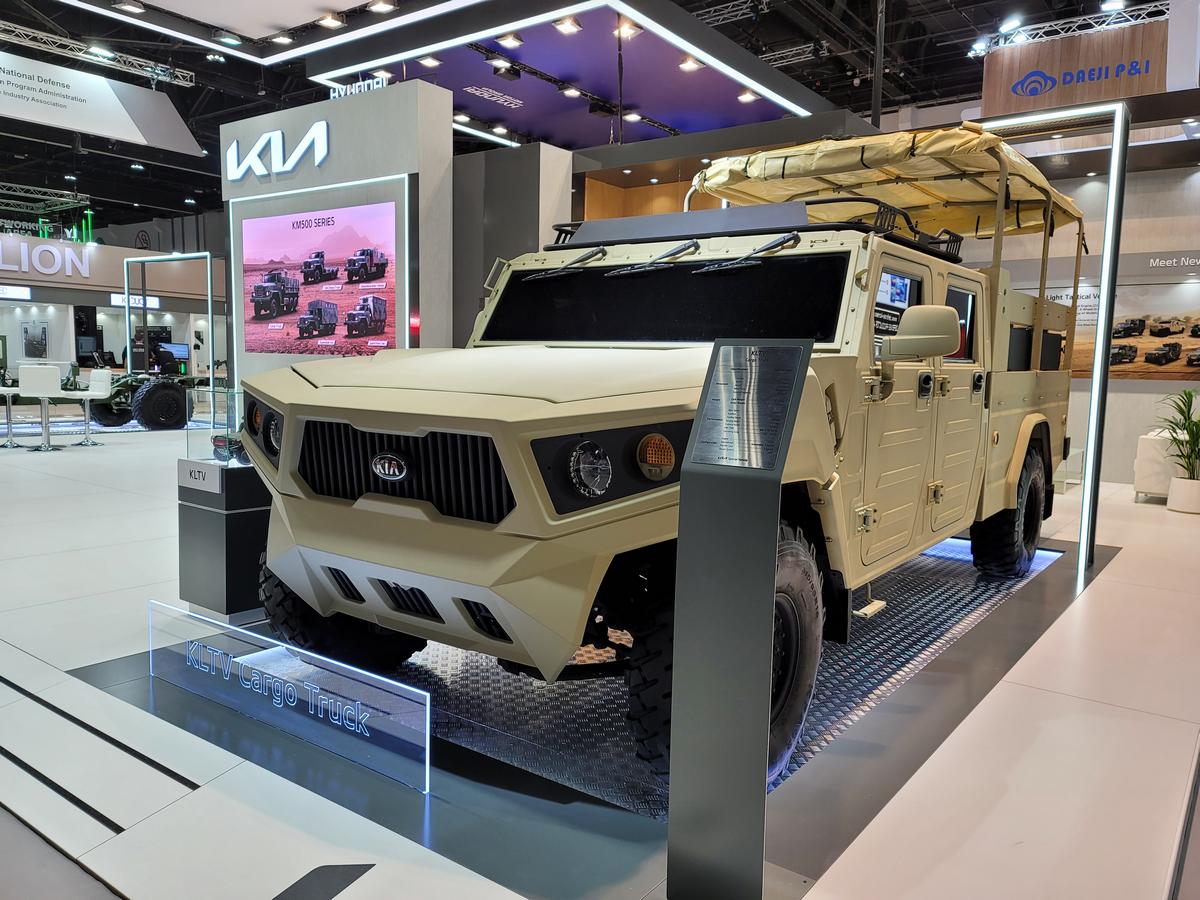 Kia has been supplying its light tactical vehicles to the South Korean army since 2016, becoming the standard-bearer for vehicle quality in the country’s military operation system. The new four-seater Light Tactical Cargo Truck concept displayed at IDEX adopts a bold, commanding design and has been equipped with a cargo container for transporting troops alongside diverse armory. Kia expects the added visual appeal and usability to stimulate further demand for its military vehicles.

Together with the Light Tactical Cargo Truck concept at IDEX, Kia is displaying the vehicle’s Bare Chassis. With the body removed, the bare chassis showcases the truck’s powertrain and basic frame, providing a glimpse of the platform’s scalability as a basis for a range of armored vehicles. Kia is actively developing vehicles based on the Bare Chassis for clients’ eclectic taste around the world.

Our participation at IDEX 2021 is an opportunity to promote Kia’s latest developments in the design of future defense vehicles. Both concepts on display have been developed to be highly flexible and durable, with the capability to be used in some of the world’s harshest environments.

Kia’s involvement at IDEX is its largest to-date, with the region being seen as a key strategic military vehicle market. Kia first participated at IDEX in 2015, with this year’s exhibition space shared with Kia’s affiliate, Hyundai Rotem Co.

Kia has developed the Light Tactical Cargo Truck concept in close cooperation between the Defense Acquisition Program Administration. The vehicle’s modular chassis has enabled Kia to offer standard and long-wheel base variants alongside armored and unarmored versions for purposes including tactical commanding and reconnaissance, weapon installment, target observation and multi-purpose for supporting.

Differentiated by its unique design, the four-person Light Tactical Cargo Truck has been optimized for use by military forces by offering superior mobility, outstanding durability and a high level of functionality. The unarmored long wheelbase design features a superstructure that can be tailored to underpin different structures such as a cargo box, a mobile workshop and a communications centre. The vehicle can also carry ten fully-armed soldiers and up to three tons of cargo in the vehicle’s rear compartment. 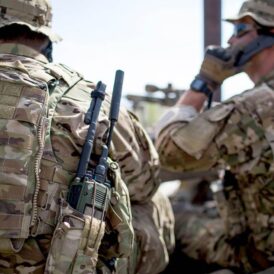