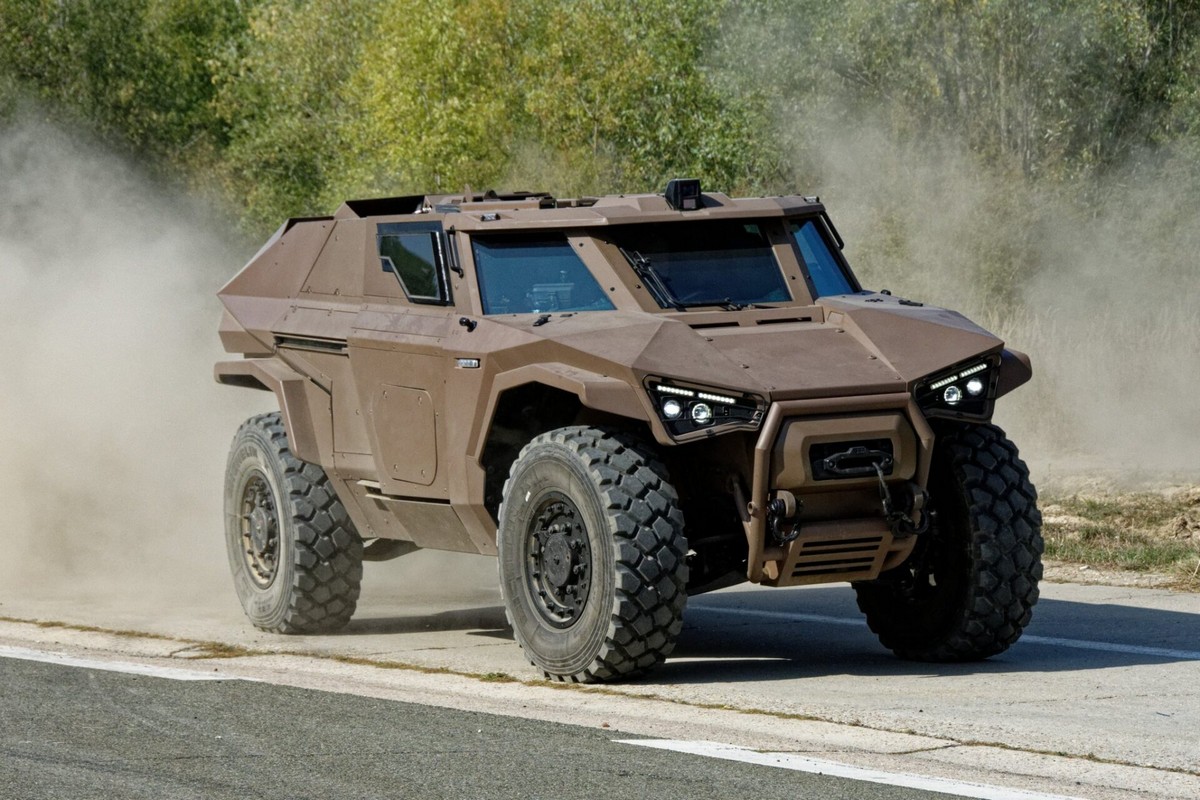 Arquus is proud to present its jewel, the Scarabee, for the very first time abroad at IDEX 2021. Arquus’ most advanced vehicle, it incorporates the most modern and innovative technologies developed by the company, including hybrid drive, energy management, suspension height adjustment, independent rear steering axle, among many others.

Built on the decades of experience designing light armored and reconnaissance vehicles, such as the AMD, the AML, the EBR or the VBL, the Scarabee has been precisely crafted to combine protection, stealth and high mobility. It has been specifically thought to answer the needs of the armies as well as the needs of the crews on the field. Light, compact, fast, stealthy and very well protected for its class, the Scarabee is a difficult vehicle to spot, to acquire, to lock and to hit.

Very first modern hybrid-drive armored vehicle, the Scarabee is a true revolution in the way reconnaissance missions are envisioned and conducted. Starting at IDEX 2021, the Scarabee is now available in three different versions and ready for action.

In Abu Dhabi, the Scarabee is presented in its PATSAS (Patrol SAS) version, specifically thought for the needs of Special Forces units, and equipped with a Hornet RCWS fitted with a 12.7mm machine gun. In its Reconnaissance version, the Scarabee brings superior firepower on the battlefield thanks to its 30mm cannon, effectively combining stealth and offensive capabilities. The third version is aimed at Security, Counter-Terrorist and urban operations units. It carries three operators and is natively fitted with Arquus’ Battlenet BMS for increased performance while in action.

These three versions are all built on a same base to allow for commonality, maintenance optimization and reduced cost of ownership.

Very first modern hybrid-drive military vehicle, the Scarabee has been designed to redefine the standards for reconnaissance and light armored vehicles. Comparable in size to a VB2L, the Scarabee is a compact and nimble vehicle, hard to detect and acquire. It is able to hide or take cover behind the smallest obstacles, allowing optimal discretion in front of the enemy lines. With its 8T GVWR and its compact size, it can be transported under slung by helicopter and is C130 compatible. It can therefore be quickly deployed wherever it may be needed.

The Scarabee can adjust its ground clearance at all times: a higher level is designed for off-roading and obstacle crossing, the lower one is for transport, air drop, and to further enhance stealth while in a firing or observation position. It is equipped with independent steering rear wheels, allowing very short U-turns (as tight as 11m) in compartmentalized environments such as woods or urban zones. Such features also allow for crab-like movements, with the rear axle parallel to the front while turning. That unique capability allows to surge from cover and back without having to manoeuver, or to keep facing the enemy when moving to his side.

The rear-wheel steering function is controlled by a CAN bus and associated with the electro/ hydraulic management of the vehicle’s ground clearance by a suspension that adjusts the vehicle measuring attitude and the management of the detachable anti-roll bars. A hydraulic cylinder, fitted with integrated sensors, controls the movements of the rear undercarriage. The design of this function is the property of Arquus.

With its 300hp V6 diesel engine, the Scarabee benefits from an exceptional power-to-weight ratio of 40hp per ton, allowing very high speeds in all conditions (up to 130km/h), as well as exceptional acceleration capabilities, thanks to its high travel innovative suspension system. The V6 engine, due to its construction and its location at the rear of the vehicle, allows very quiet operation in hybrid mode.

The Scarabee was presented publicly for the first time in its all-electric mode in October 2020 during the Arquus Days in Satory, France. Thanks to its 70kW hybrid engine, the Scarabee offers the stealthiest acoustic footprint on the market when in 100% electric mode. Its high-capacity (12kWh) li-ion batteries enable the Scarabee to travel the last kilometers to target silently and get as close as needed to the enemy without getting detected, both for reconnaissance and attack purposes.

They also allow for very long, silent watches with all systems on, including air conditioning. The Scarabee is thus able to approach, observe, analyze, and get back to safety before transmitting its reports to the commanding unit without starting the Diesel engine. These new capabilities completely redefine reconnaissance missions.

If needed, the parallel hybrid drive also allows the combination of power of both engines in “boost mode” to accelerate even faster to avoid an immediate threat, to get to the objective or to bypass an enemy position. The electric machine then offers a 100HP boost to the internal combustion engine making this 8-ton light armored vehicle one of the fastest in the market. The choice of a hybrid system also reduces the fuel consumption and reduces the need for logistics and maintenance. It offers redundancy, increasing survivability if one of the engines is hit.

The Scarabee comes with a very high-level ballistic protection for its class. The vehicle is built around a survivability cell designed for the protection of the crew against all threats. The Scarabee’s interior space is specifically designed to optimize communication and collaboration within the crew. Depending on the version, the Scarabee can accommodate 3 or 4 crew members, all able to communicate efficiently with each other, through voice or through the built-in intercoms.

The pilot is seated in a forward position to allow for exceptional, 200° visibility, enabling precise and accurate spotting of the surroundings, especially against IEDs. Visibility is even greater with a combat system such as the Hornet RCWS, which enables monitoring the environment with the highest accuracy both during the day and the night.

The Scarabee is also designed to accommodate the most advanced C4ISR systems, allowing perfect integration into any combat unit or battle team. Designed as a combat vehicle, the Scarabee can load a complete array of weapons. These systems range from small-caliber RCWS to 40mm grenade launchers and all generations of missiles, from the Milan ATGM to the Missile Moyenne Portée, its state-of-the-art successor. It is specifically optimized to carry a Hornet range RCWS.

The Hornet RCWS is equipped with superior ballistic protection and an automatic smoke grenade launcher mounted on an independent ring. With the addition of a gunfire locator, the Hornet can automatically turn and face the threat, while also engaging the smoke protection, when the Scarabee is illuminated by a laser rangefinder or a beam rider. As the weapon axis and the smoke grenade axis are independent, the gunner can keep the weapon focused on the tactical mission underway.

With the Scarabee, Arquus can offer a full package including the vehicle, Arquus’ Battlenet BMS and a Hornet RCWS, as a complete weapon system with unmatched capabilities.

Light, compact but highly protected thanks to new materials and assembly techniques, Scarabee offers great firepower while keeping a prominent visual and acoustic stealth. Easy to steer thanks to its central driving position, its large field of vision, its variable ground clearance, and its independent rear axle, Scarabee will quickly and discreetly bring the firepower you need. This concept car, developed on own funds, allows ARQUUS to test the technology of tomorrow in real life. 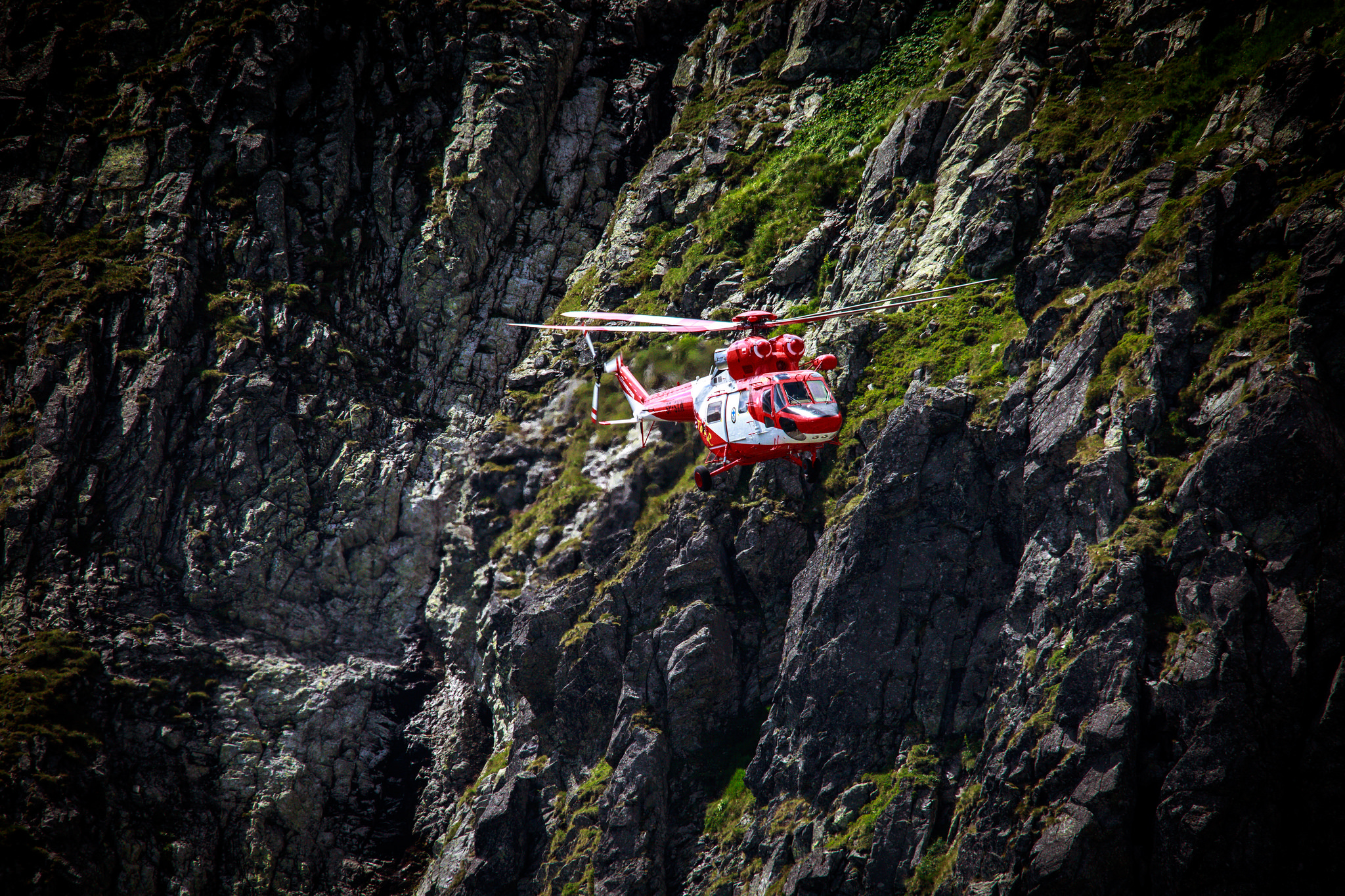