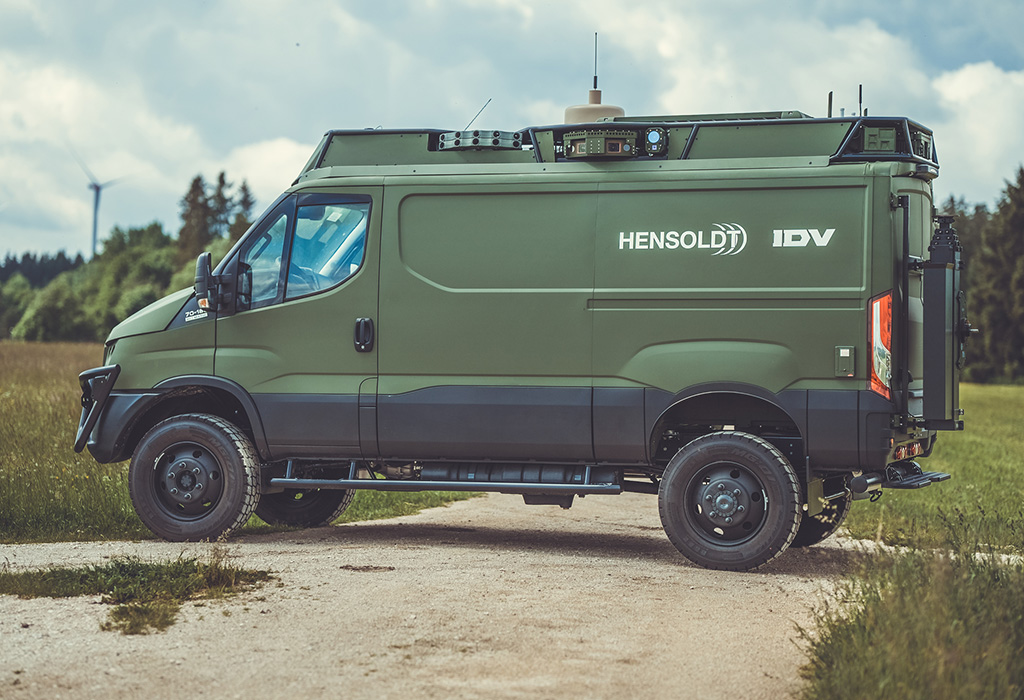 One of HENSOLDT’s core competences is recognizing threats and protecting end users. At EUROSATORY 2022 in Paris, HENSOLDT presents its broad range of sensor solutions for intelligence, surveillance and reconnaissance operations as well as sensors to improve the safety and operational effectiveness.

In Paris, HENSOLDT and IVECO Defence Vehicle are jointly presenting the MUV (Military Utility Vehicle) concept demonstrator. For the first time, the MUV will present a modular sensor fusion platform that can be used in the civilian and military sectors for reconnaissance as well as for self-protection and convoy protection. The basis of the MUV concept demonstrator is an all-terrain chassis from IVECO DV with a maximum payload of four tonnes. A sensor suite from HENSOLDT is installed on it, with the SETAS, MUSS, Radio Direction Finder and S3 MIMO systems. All systems are connected by a Central Processing Unit (CIPU), which forms the backbone of the sensor suite.

With TRML-4D, the latest member of its C-Band (NATO G-Band) ground-based air defence radar family, HENSOLDT is showing a state-of-the-art system regarding naval and ground tactical radars. TRML-4D uses the latest AESA (Active Electronically Scanned Array) radar technology, with multiple digitally formed beams. It is designed for near- to long-range ground-to-air detection and for weapon assignment. It is capable of detecting, tracking, and classifying various types of air targets, with an emphasis on small, fast, and low-flying and/or manoeuvring cruise missiles and aircraft as well as hovering helicopters. It ensures rapid response detection and tracking of approximately 1,500 targets in a radius of up to 250 km and at an altitude of up to 30 km.

HENSOLDT is showcasing a very precise picture of the airspace, created by its passive radar system Twinvis. The system does not emit actively any signal but uses several transmission sources from various locations. It can also interconnect several sensors into one sensor cluster. The transmitters and the Twinvis sensors can be separated from each other at a distance of up to 100 kilometres. Unlike systems based on passive emitter tracking, requiring aircraft to emit, Twinvis does not depend on any such transmission and does not emit itself, thus being a truly passive system.

Alongside the ground based radars, HENSOLDT is showing its counter-UAV (Unmanned Aerial Vehicles) system Xpeller for 24/7 protection from illicit intrusions of UAVs over critical areas – even at long ranges – offering a low false alarm rate and high probability of interception. The system is highly modular and combines numerous sensors (radar, electro-optics, direction finders) and target neutralization effectors such as jammers and drone catchers through a single Command and Control (C2) system.

At EUROSATORY, HENSOLDT will demonstrate ARGOSIA, which is a range of embedded SURMAR and ISR mission systems designed to meet the requirements of air surveillance and intelligence missions. Together with battle-proofed sensors and equipment selected for their reliability and performances, ARGOSIA proposes many system configurations meeting the needs of defence, maritime and overland surveillance, law enforcement, Search & Rescue as well as IMINT and SIGINT missions. This modular and multi-console system consists of the Mission Management System software ARGOSIA, which integrates an advanced digital cartography engine, a sensor-fusion algorithm and powerful decision-support tools that help optimize operator workload. 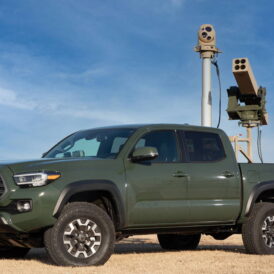