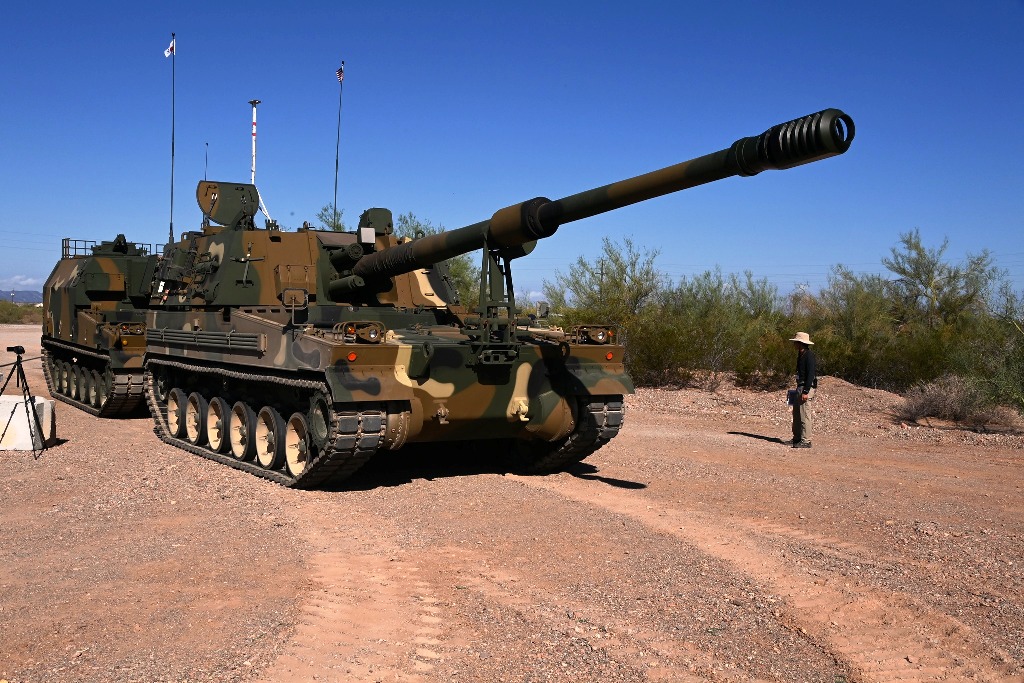 The demonstration consisted of three major events—automated resupply of U.S. projectiles by the K10 ARV; firing of M795 projectiles to demonstrate K9A1’s capabilities of Shoot-and-Scoot, Burst Fire, and Rapid Rate of Fire capabilities; and lastly, firing of XM1113 RAP from the K9A1 SPH.

The demonstration started with the automated loading of U.S. ammunitions into the K10 ARV, while the attendees witnessed the compatibility of both M795 and XM1113 with K10’s automated ammunition handling system, in addition to the efficient resupply of the self-propelled gun with no manual effort.

The K9A1 demonstrated its signature ‘Shoot-and-Scoot’ capability, where it fired multiple M795 projectiles and immediately moved to a different location, showcasing the vehicle’s agility to avoid potential counter-fire.

During the Burst Fire and Rate of Fire segments of the event, the 155mm/52-calibre artillery, operated by Hanwha gun crew, fired three rounds in 16 seconds, and six rounds in 45 seconds, respectively, with minimal physical effort. In the final segment of the event, the K9A1 fired XM1113 RAP that achieved a range in excess of 50 km.

This was the first time that the US Army had tested the XM1113 with a foreign artillery solution.

This live demonstration was conducted under the Cooperative Research and Development Agreement (CRADA) framework signed in 2021 with the aim of assessing the feasibility, performance, and capabilities of carrying and firing the US munitions by the Hanwha artillery platforms.

The demonstration successfully met all of its CRADA objectives, having shown the full interoperability of K9 and K10 vehicles with US munitions and charges, in addition to the extended range, shoot and scoot and high rate of fire of the K9 system. The collaboration with DEVCOM AC and the U.S. Army Test and Evaluation Command (ATEC) at Yuma has been excellent.

The vehicles used in the demonstration will be showcased at 2022 AUSA Annual Exhibition & Conference, in Washington DC alongside further discussions with DEVCOM AC and the Army about future cooperation opportunities.

The 155mm/52-calibre K9 Thunder is the world’s most popular tracked self-propelled howitzer with over 1,700 units are in service with nine countries around the globe. The howitzer can deliver consistent, accurate, rapid effects at +40km range with high rates and volumes of fire.

Following the modifications to the K9A1 version, the artillery system is being upgraded to the newerK9A2 variant equipped with a fully automatic ammunition handling system. The autoloading K9A2 can fire over nine rounds per minute, with just three crewmembers. 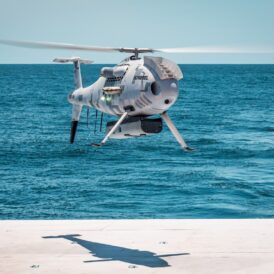