Military, government and industry stakeholders from the Special Operations Forces (SOF) community will come together in Warsaw, Poland, 26-28th October, 2021 to network and explore topical developments affecting the SOF community in Central and Eastern Europe and beyond.

The Global SOF Foundation is a non-profit organisation that aims to build and grow an international network of military, government, commercial and educational stakeholders in order to advance SOF capabilities and partnerships to confront global and networked threats.

Alongside an agenda of keynote speeches and panel discussions from high-ranking speakers, more than 60 industry participants – including Airbus, Leidos, Mag Aerospace, Bell, Spectra Group and Textron Aviation – will exhibit their latest products and services aimed at supporting SOF operatives and their missions around the globe.

With 2020 having marked 100 years since the Battle of Warsaw, day one of the symposium will kick-off with a session from Prof. Hubert Krolikowski, Department of Political and International Studies – University of Krakow on ‘the History of the 1920 Battle for Warsaw’, followed by the Senior Leader Address from Vice Admiral Timothy Szymanski, Deputy Commander, US Special Operations Command.

The final day will cover a range of issues, including a SOF slam event on ‘Using Leading KPIs within Human Performance to Improve Warfighter Readiness’, along with ‘Recruiting and Retaining SOF’ and ‘Prospects for Regional Intelligence Centres’.

The Global SOF Foundation is honoured to have official endorsement from the Polish Ministry of National Defence, and we have compiled an extremely engaging agenda that will allow attendees to come to grips with the security challenges facing our nations and the critical role SOF can play in overcoming them. I look forward to welcoming attendees to Warsaw to build relationships with local SOF, military and industry representatives from across Europe and further afield, so we can together build the capacity and capability needed to face the future fight.

With more than 40 percent of the audience comprised of active, serving military personnel as well as high-profile SOF commanders and defence ministers, attendees will have extensive networking opportunities with some of the brightest minds in the SOF industry, including international delegates from more than 20 countries. 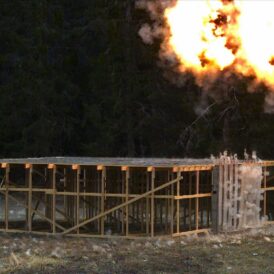