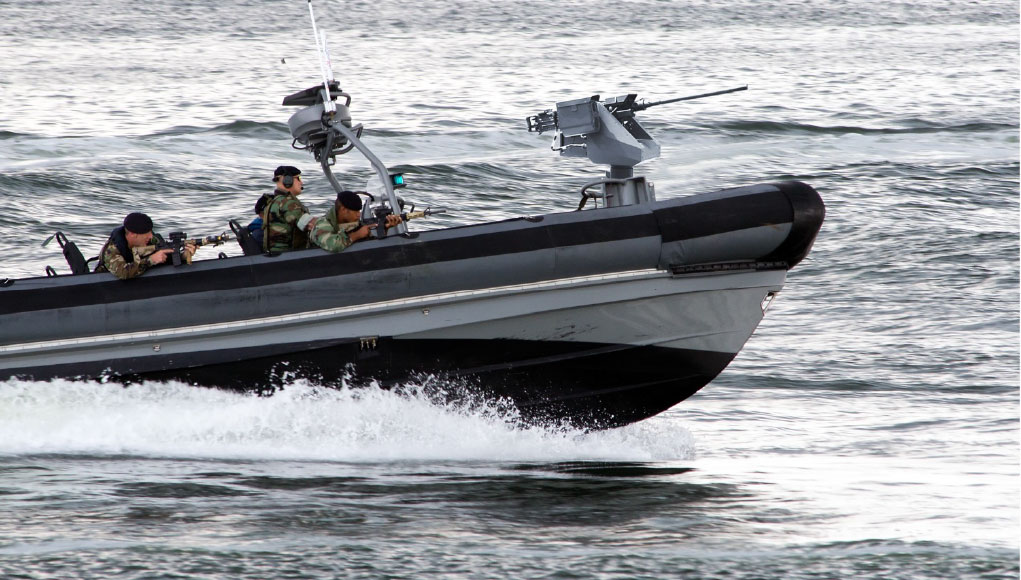 General Robotics has introduced a new version of its Remote Controlled Weapon Station optimized for naval applications. The new SHARK naval RCWS addresses the need for SOF to operate their weapons on small boats.

These compact boats move at high speed and agility. Yet, the constantly moving platform degrades fire accuracy with conventional weapon mounts, requiring operators to get dangerously close to the enemy to deliver the desired effects. Crews on larger boats often operate stabilized weapon stations to improve fire accuracy, but these systems are much larger and heavier for RHIBs. To meet this challenge, General Robotics has introduced the SHARK, a unique RCWS that applies to naval roles, from special operations to law enforcement interception, including interception, coastal security, counter-terror, and anti-piracy activities.

We designed SHARK to meet the specific requirements of naval commandos and SEALS. Addressing the most demanding needs of Naval Special Warfare (NSW), SHARK was designed and tested with users and experts from the local and international NSW community. SHARK fits on small manned and unmanned naval vessels, NSW boats, and raiding crafts to deliver versatile and accurate firepower. At a net weight of 85 kg (without weapons or ammunition), SHARK is much lighter and smaller than other naval weapon stations. Built as a rugged, robust, seaworthy system, it is versatile enough to operate remotely on a cluttered deck, scoring direct hits at a sea state up to 3, where the platform and targets constantly move.

The new SHARK is based on General Robotics’ combat-proven Pitbull RCWS.

We developed the SHARK prototype as a robust yet lightweight system offering seamless remote operation by a single operator with some special adaptations for naval use and NSW concepts of operation.

The prototype was further refined based on feedback from our customers and partners following extensive field trials, further maturing SHARK for fielding.

As a veteran of Israel’s navy, Gal is accustomed to the marine environment, a knowledge that shaped the system’s design optimization to increase operational flexibility, reduce the size and weight saving, and improve reliability.

At the bottom line, the reduced weight and size derive significant benefits. It means SHARK can be mounted on smaller boats and handle the recoil loads with less weight and energy. As a result, SHARK consumes less power and delivers higher accelerations, resulting in better accuracy and agility. It can be used as a stand-alone system with its sensors or integrated with other sensors onboard. In this way, we offer tailor-made combat solutions to meet the unique requirements of our customers. 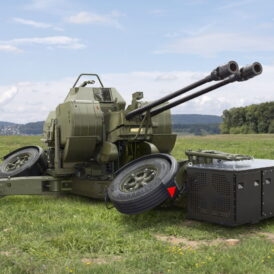