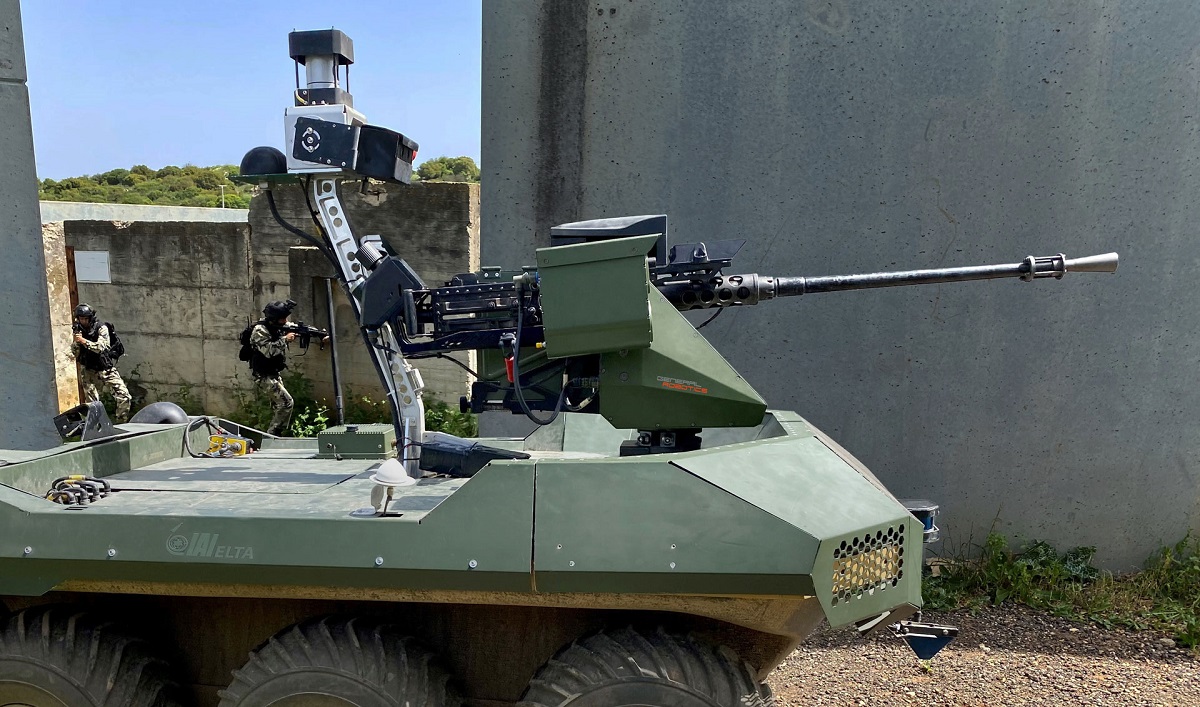 The baseline PITBULL is a lightweight RCWS designed to mount 7.62 mm or 12.7 mm machine guns, 40 mm Automatic Grenade Launcher (AGL) electro-optical sensors, and other payloads. Unlike other conventional remotely operated RCWS, the PITBULL with the new Smart-AI maintains constant, full awareness of its surrounding, regardless of the platform’s situation.

The Advantages of Smart AI

These advanced functions complement the human operator, enabling the human to be always in control and decide when to press the trigger. Processing the users’ ‘Point & Shoot™’ command and trigger pull in real-time, the system determines the right time to fire the gun upon the operator’s command, in the condition to score a perfect shot. This function is optional, and can be activated or disabled, as some users want to maintain full control of the weapon at all times.

PITBULL’s self-awareness functions optimize it for robotic systems applications, implemented on the IAI’s Jaguar Unmanned Ground Vehicle (UGV), operated by the Israel Defense Forces on the ‘smart and lethal border.’ The PITBULL RCWS can also be configured for counter-drone system (C-UAS) missions, equipped with soft and hard-kill measures.

New Versions for DOGO and CHAMELEON

Other new systems from General Robotics on display include the latest DOGO MKIII and smaller sibling, CHAMELEON. The latest version of the DOGO has improved cameras, target tracking, faster Point & Shoot™ capability, and is designed to accommodate additional weapons; DOGO has become a famous weaponized robot, operational by numerous special forces and SWAT units in high-risk situations. General Robotics backs the DOGO with the ‘Anti-Terror Warranty™,’ providing repair or replacement for DOGO units lost in combat.

The new CHAMELEON adds unique features for special operations, including MESH-based multi-robot operation and the ability to climb on vertical metallic surfaces. 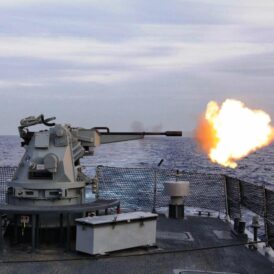