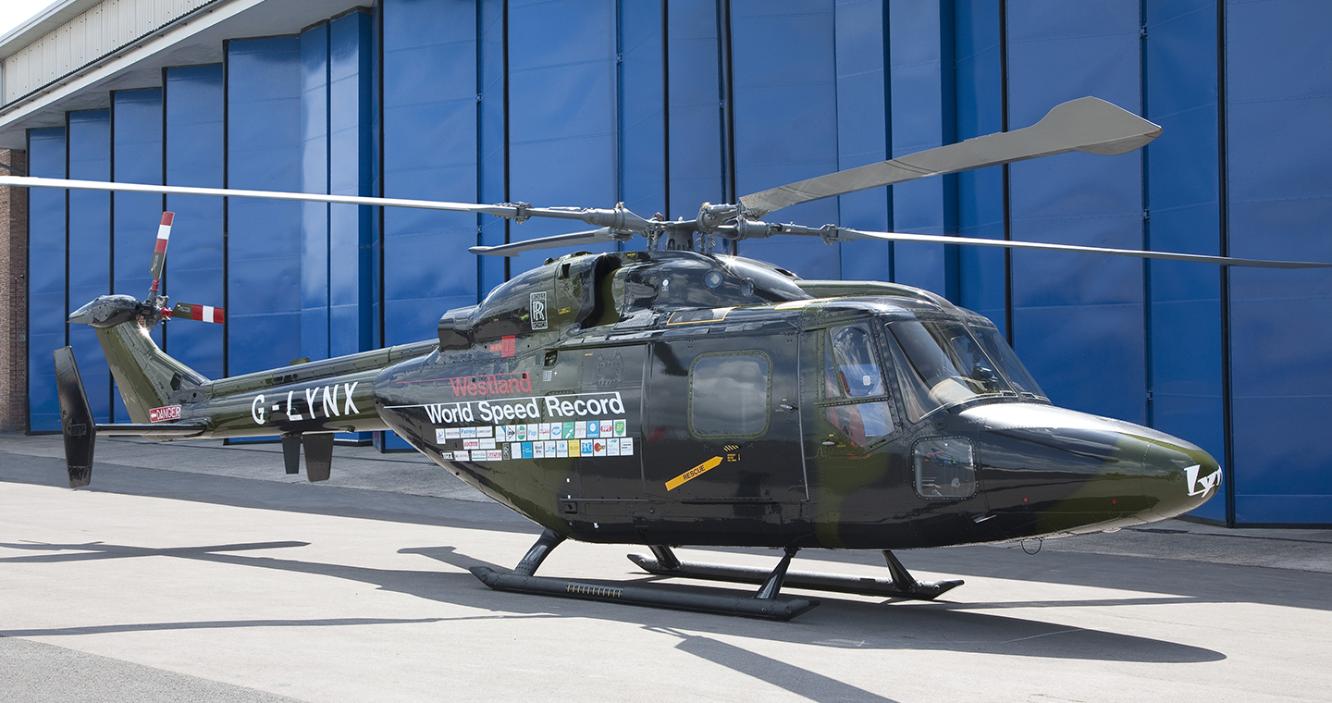 On 11th August, Leonardo celebrates the 35th anniversary of the Lynx helicopter’s absolute world speed record over the Somerset skyline in England.

In the evening of 11th August 1986, a Westland Lynx flew a 15 km course across the Somerset Levels. The aircraft achieved an average speed of 400.87 km/h (249.10 mph), which made it the world’s fastest helicopter. The crew comprised Trevor Egginton, the pilot, and Derek Clews, the Flight Test Engineer.

The Lynx helicopter, which achieved the record, is commonly referred to as “G-Lynx” in relation to its civil registration. At the time, the aircraft underwent a short modification programme to make it capable of high speeds, yet it retained the basic airframe, rotor and transmission system of the standard Lynx. The Lynx featured new technologies, including the British Experimental Rotor Programme (BERP) blades, which made it possible to increase maximum speed and enhance lifting capabilities and the blades were later adopted for all Lynx and Super Lynx variants and for the AW101 helicopters.

The new BERP blades were developed at the time by Westland, together with the UK Ministry of Defence, which thanks to their shape and geometry, allowed the G-Lynx to exceed the existing helicopter world speed record of 198 kt (367 km/h), proving once again the company’s capabilities.

The G-Lynx received the Heritage Engineering Award in 2014. The award was established in 1984 by the Institution of Mechanical Engineers (IMechE) 1984 to recognise pioneering engineering artefacts, locations, collections and landmarks. Among some of the most prestigious recipients are: the Tower Bridge in London, the Jaguar E-type and the Concorde. 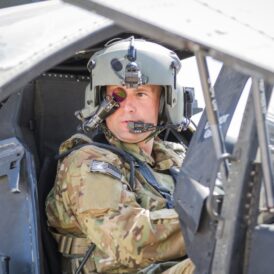