FN Herstal, the world’s leading designer and manufacturer of small calibre firearms and integrated weapon systems, will demonstrate its deFNder® Remote Weapon Station during the full live dynamic demonstrations that will take place every day, from Monday to Friday, at EUROSATORY 2022, from 13 through to 17 June. The deFNder® will also be shown on high spots during the fair.

Based on its long-standing expertise in firearms and more recent integrated electronics, optoelectronics, software and power-drive technologies, FN Herstal is one step ahead in designing, developing, manufacturing and integrating its world-class deFNder® family of remote weapon stations.

High visibility of the combat-proven deFNder® at EUROSATORY 2022

Available for land and naval applications, FN Herstal state-of-the-art Remote Weapon Station (RWS) is highly modular and accepts various types of armament. Each variant is available with an extensive range of customer-specified options and accessories to meet today’s operational requirements.

FN Herstal will display the deFNder® Light and the deFNder® Medium on the Belgian pavilion during Eurosatory 2022. The deFNder® Medium is capable of integrating and firing FN® machine guns from 7.62x51mm calibre, 30mm cannons, 40mm AGLs, as well as guided rockets or missiles, from static platforms or mobile, manned-driven and unmanned ground vehicles whilst remaining very compact and lightweight.

Alongside the Belgian pavilion, FN Herstal is partnering with MILREM ROBOTICS to demonstrate the deFNder® Medium integrated on the THeMIS Unmanned Ground Vehicle (UGV) during full live dynamic demonstrations that will happen every day from Monday to Friday. The RWS will feature a .50 cal FN® M2HB-QCB and will be controlled by a remote operator.

Thales Belgium (hall 6, booth 432) will present the deFNder® Medium featuring a .50 cal FN® M3R machine gun and Thales guided 2-tube rocket launcher. By integrating both types of armament for ground-to-ground applications, the deFNder® demonstrates the capability to provide complementary ranges and effects on target in a close combat role. In indirect fire support role, it delivers accuracy on static and mobile targets at longer ranges up to 6km.

The deFNder® will also be exhibited with French National Gendarmerie. The latter recently concluded a contract with French manufacturer SOFRAME (Booth EXT Pe6a-B430) for the supply of armoured 4×4 VBP vehicles (Véhicule Blindé Polyvalent – Multi Purpose Gendarmerie Vehicle) fitted with deFNder® Light remote weapon stations. The deFNder® Light will also be displayed onto the Natrix multi-mission UGV of the Brasa company’s booth (5A F803).

A world success for the deFNder®

The deFNder® portfolio recently proved its versatility with several commercial contracts around the world, for maritime or land applications, and military or law enforcement missions.

Amongst the most significant contracts concluded by FN Herstal, Nexter’s Griffon Multi Role Armoured Vehicle has been selected by both French and Belgian Land Forces and will integrate either the deFNder® Light or Medium.

The naval version of the deFNder® is not left behind. In Belgium, the Sea deFNder® already equips the Belgian Naval Forces’ Offshore Patrol Vessels (OPVs).

FN Herstal will also deliver two Sea deFNder® per vessel in conjunction with the contract awarded by Naval Group for the supply of Mine Counter Measures Vessels to the Belgian and Royal Netherlands Navies.

Finally, the Estonian Naval Forces has also integrated two Sea deFNder® on their 18m Fast Patrol Boats to mainly provide military protection for warships of NATO and allied countries visiting Estonia, at sea and in ports. 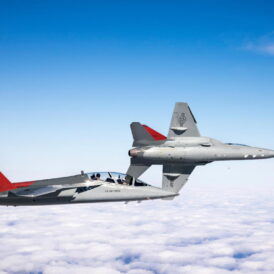