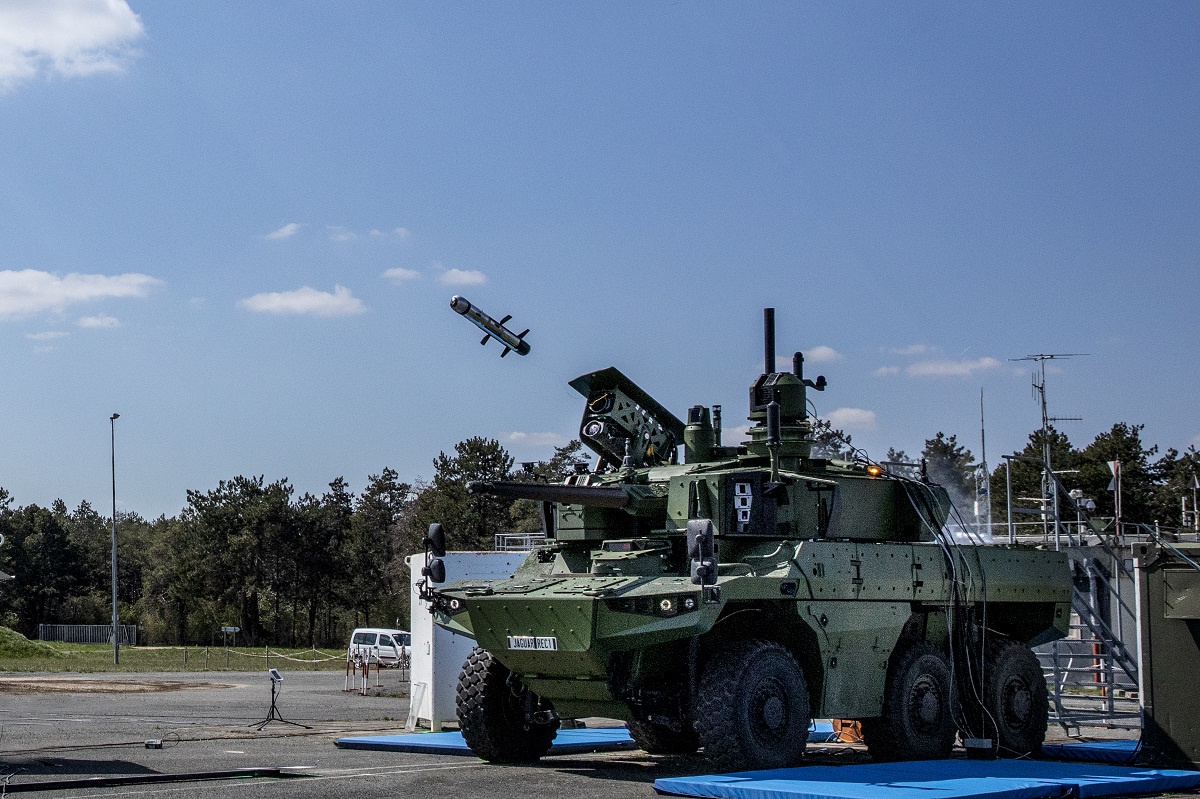 On 14 April, MBDA and Nexter participated in the first lock-on firing of an MMP medium-range missile from a Jaguar armoured reconnaissance and combat vehicle (EBRC). The French defence procurement agency (DGA) carried out the firing at their Land Techniques Test Centre as part of the JAGUAR qualification. Launched from the retractable pod on the Jaguar’s turret in two-missile configuration, the MMP successfully hit its target.

The integration of MMP onto JAGUAR is being carried out in stages during qualification. This firing is the first stage, successfully demonstrating hitting a fixed target. The system will offer the capability to destroy fixed or mobile hardened land targets, including up to the latest generation of tanks. Targeting will be direct or beyond-line-of-sight (BLOS). It will also be precise and with minimal collateral damage, qualities that characterise the MMP.

During this demonstration, the Optrolead PASEO battlefield surveillance sight interfaced with the missile system, offering real-time optronic acquisition by day and by night. This gives the Jaguar excellent long-range observation and identification capabilities.

This firing marks an important first step of the work conducted with Nexter to develop the Jaguar turret and integrate the MMP into a weapon system built on the latest technological solutions. This two-missile turret configuration considerably expands the vehicle’s firepower.

This marks a major milestone, demonstrating the technical skills of our teams in designing and developing an operational capability unlike any other in the world.