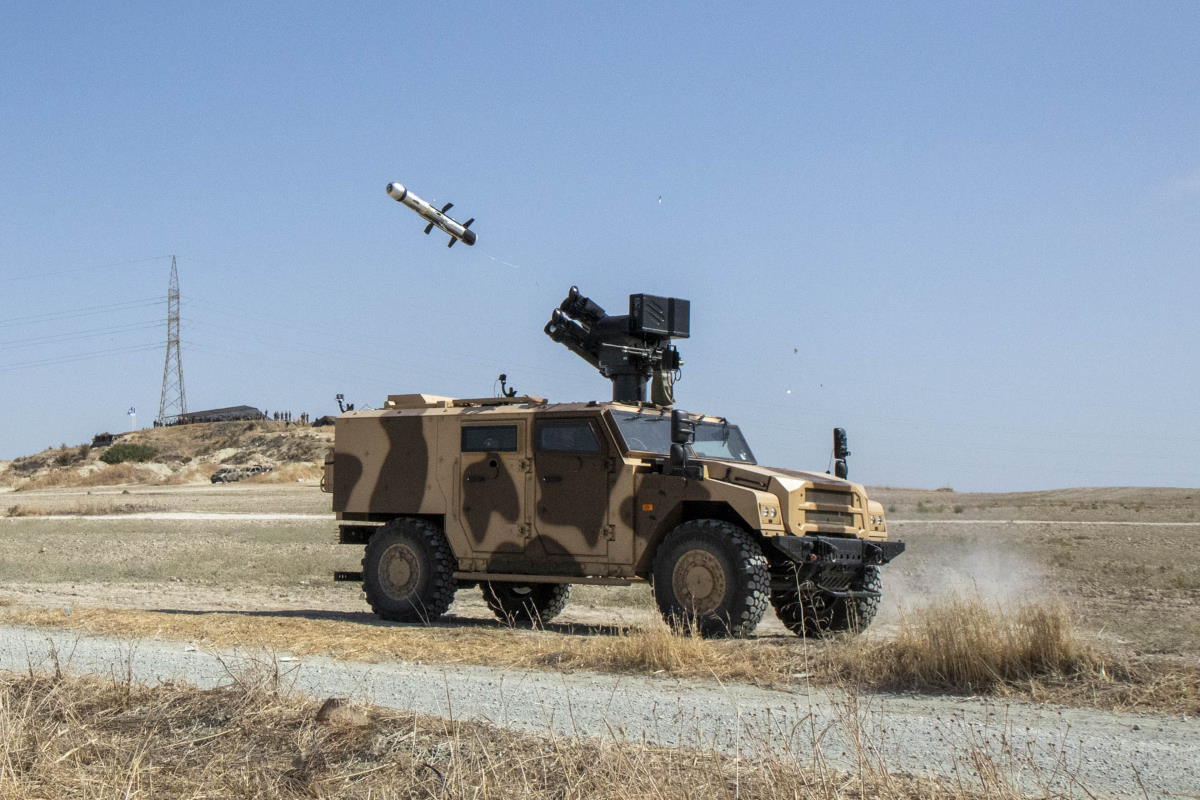 MBDA and its partners of the European Defence Industrial Development Programme (EDIDP) LynkEUs project gathered in Cyprus on the 28th and 29th of September to deliver static and dynamic presentations, and firing demonstrations.

The two AKERON MP firings were a success and a major step in the definition of an initial operational concept for a European beyond-line-of-sight (BLOS) capability.

It is the first time firings have been carried out using a full configuration of the BLOS functional chain with the battlefield missile system AKERON MP. Two missiles were fired from an IMPACT turret integrated onto a SHERPA vehicle, engaging a target designated by a micro unmanned aerial vehicle (UAV) via a cyber-secure link. It is also the first time that a BLOS firing has been performed from a vehicle.

On the 28th of September, on a National Guard Base in Cyprus, static and dynamic demonstrations presented and validated the capabilities developed by the different partners in the framework of the project. Among the static demonstrations were presentations on technologies such as sensors, navigation, 3D modelling, UAV landing and cyber protection. The LynkEUs consortium also performed dynamic demonstrations with different UAVs, including a micro-UAV fitted with new generation of European IR sensors and demonstrations with different unmanned ground vehicles (UGVs) equipped with observation-designation functions on gimbal sensors or with medium turret. Partners also presented a concept of a BLOS capability integration (AKERON MP and NX70 micro UAV) on a gun turret integrated on an armoured modular vehicle.

The success of these demonstrations and firings is the first concrete step in the implementation of a European autonomous BLOS land combat capability, which is critical in the geostrategic context at the borders of Europe. They also demonstrate the essential contribution of AKERON MP to this capability. The LynkEUs project attests of the ability of MBDA to implement complex projects and bring together skills and expertise from across Europe.

The two successful AKERON MP firings, carried out by MBDA and its partners with the support of the Cypriot Ministry of Defence, were performed on 29th September in two distinct operational configurations. One was with the UAV pilot installed in the SHERPA missile launch vehicle representing a full standalone capability. The second was with the UAV pilot installed in another vehicle one kilometre from the missile launch vehicle, typical of a collaborative engagement. 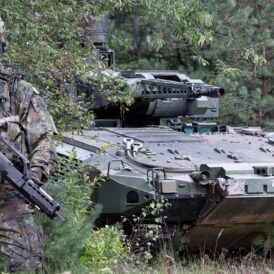