Australian Defence Minister Linda Reynolds announced that the replacement for armed reconnaissance helicopter (ARH) would be the Boeing AH-64E Apache Guardian. Australia will acquire 29 of the advanced Apaches from 2025, at a cost of A$4.5 billion, to replace 22 Tigers.

This new ARH capability will strengthen Australia’s armed reconnaissance force to better shape our strategic environment and deter actions against our national interest.

Defence considered a number of helicopters against key criteria of proven ability, maturity and an off-the-shelf operating system.

The Apache Guardian is the most lethal, most survivable and lowest risk option, meeting all of Defence’s capability, through-life support, security, and certification requirements.

By pursuing a proven and low-risk system offered by the Apache, Defence will avoid the ongoing cost and schedule risk typically associated with developmental platforms. 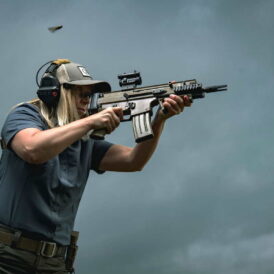