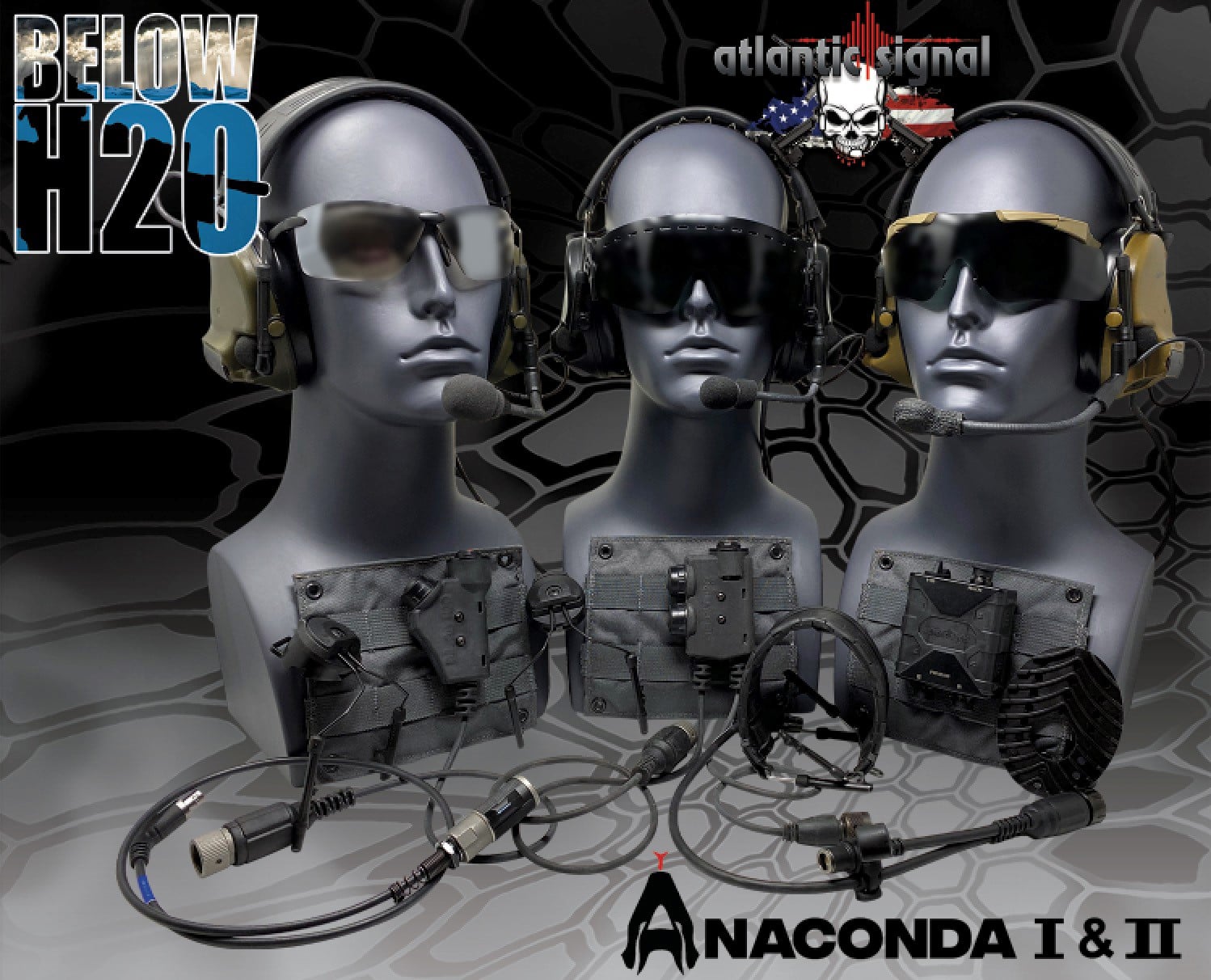 Atlantic Signal developed the Below H20 headset several years ago to meet the requirements established by USSOCOM for maritime communications and a Program of Record. Ultimately, the company was awarded a multi-year contract for the headset and accessories for Naval Special Warfare and MARSOC with deliveries beginning in 2018.

During the Below H20 headset’s development, the company began development of three all-new push-to-talk assemblies:

The company debuted an all-new Maritime multi-comm Push-to-Talk during the fourth quarter of 2020 known as the SHIELD. The SHIELD PTT was developed initially, specifically, for the Federal Bureau of Investigation’s nationwide Special Operations Units and Hostage Rescue Team. The PTT will be universally available to clients in early 2021.

USSOCOM’s maritime requirement changed several years ago for ancillary communication devices from a 2 hour / 20-meter exposure to 10 hours / 10 meters in both salt and freshwater.

While the initial orders from USSOCOM were specific to an interface to another company’s push-to-talk, the demand for alternative PTTs from non-program clients was overwhelming.

We were receiving sometimes weekly calls requesting alternative push-to-talks to the model the program office had chosen for one specific client at the time of the contract award which was Naval Special Warfare. We recognized at that point that the demand for a new maritime headset for the U.S. Military must include alternative push-to-talks. We reached out immediately to our select group of military and Federal law enforcement clients who assist us with the development of nearly every single product we eventually bring to market. The requirements were across the board and we therefore decided to design and manufacture multiple maritime push to talks simultaneously.

Lynq PRO™ Is a Rapidly Deployable Peer-To-Peer Network That Can Bring Enhanced Situational Awareness, Navigation, and Communications to the Edge

From meetings, to design, 3D model and functioning prototypes, re-works and eventual production – the total time was less than 90 days before products were completed and an initial purchase was made. This scenario is indicative of how we operate. There is a demand, we hold meetings with the client and assess marketability. Traditionally a decision is made internally within one week whether or not to move forward. Once a project is accepted, CAD drawings are created and sent to the client. After discussions with the client, non-functioning 3D models are generated and shipped out. Further meetings are held with the client and modifications made to the 3D model. Following ergonomic acceptance, functioning prototypes are created and shipped for user fielding.

Once accepted, first articles are produced, a bill of materials is generated, production time studies are completed and eventually a new product is born and introduced to the marketplace. I’ve literally seen concepts brought to the table by clients and a finished product ready for the market within 30 days. It is commonplace for us to be in the development, prototype and production phases of multiple products simultaneously. We have become highly adept at meeting customer expectations in a timeframe rarely achieved by others.

The Below H20 headset, PTTs and cables have proven to be highly sought after solutions for both the U.S. and foreign militaries as it has been over two decades since a new circum-aural maritime headset had been available. The company offers simple maritime PTT solutions all the way to PTTs that will interface up to four nets, various ICS platforms and smartphones all in EMI shielded designs with added cross banding capabilities. The company has developed and manufactures maritime radio cable assemblies for old school PRC 148 and 152 radios to modern day multi-band portables including manufacturers such as Trellisware, Silvus, Thales and Harris RF. 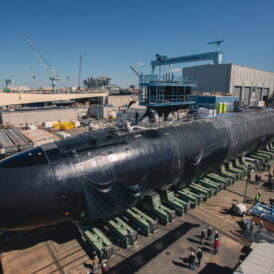