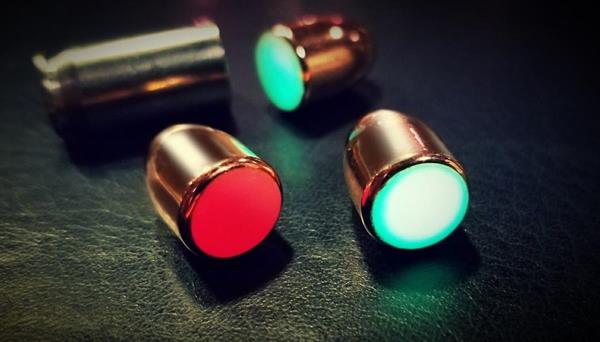 AMMO, Inc., the owner of GunBroker.com, the largest online marketplace serving the firearms and shooting sports industries, and a leading vertically integrated producer of high-performance ammunition and components, today announces the successful development and launch of its Green Streak® patented one-way luminescent ammunition.

The Streak™ is the next generation of visual ammunition featuring one-way luminescent technology (“O.W.L. Technology™), which has been offered by AMMO for a number of years in Red. Unlike its predecessors, this non-incendiary technology does not use any form of pyrotechnic to illuminate the trajectory of the projectile. Instead, it incorporates a patented non-toxic composite that utilizes the light emitted from the ignition of the gun powder to “flash charge” the rear of the projectile. As a result, the shooter has a visible trace as the round leaves the barrel of the gun, but is completely undetectable from the target’s viewpoint, masking the location of the firing position.

Due to its non-incendiary design characteristics, the technology does not generate heat nor lose mass in flight, which significantly improves accuracy and maintains consistent point of impact with other rounds. O.W.L. Technology™ via the Company’s Streak™ line of ammunition will be available on most lines of pistol ammunition manufactured by AMMO and is a safe and incredibly effective training tool to use on ranges and in environments where flammable tracers are prohibited. It may also be very effectively utilized in military and law enforcement training and combat applications.

Building upon the great success we have had with our Red Streak™ ammunition in the marketplace, our team has worked to expand our patent on the cutting-edge application process we utilize to apply the patented product to the round, resulting in the grant 18 months ago of additional patent protection.

At the same time, our engineering team has been working to develop this Green version of our O.W.L. Technology™ to offer the Streak™ rounds in that color variant because green is a top visibility color for the naked human eye. Based upon their hard work, we are excited to roll this color-enhanced product out to the commercial, military and law enforcement markets. 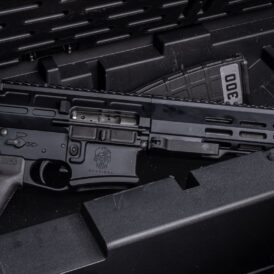