We are honoured to have Defence Minister Sajjan with us today, virtually, as we showcase the first of eight ACSV variants, the Troop Cargo Vehicle. Light Armoured Vehicles have protected Canada’s soldiers on missions abroad for over 40 years, and it is a privilege to continue this tradition with the roll-out of this first ACSV variant.

In August 2019, the Government of Canada awarded General Dynamics Land Systems-Canada a contract to design and produce 360 Armoured Combat Support Vehicles for the Canadian Army. Since then, General Dynamics’ ACSV team has been working to meet tight design and production deadlines, against a backdrop of challenges that comes with manufacturing safely in a global pandemic.

Armoured Combat Support Vehicles are an extension of the existing Light Armoured Vehicle (LAV) 6.0 family of vehicles in service with the Canadian Army. The Canadian-designed and Canadian-manufactured LAV 6.0 ACSV variants have a common baseline chassis with the Canadian Army’s in-service LAV 6.0 fleet and reflect the protection and mobility needed to successfully conduct operations in a high-threat environment. The ACSV contract provides for eight additional variants of the LAV 6.0 family of vehicles, including ambulances, command posts, maintenance and recovery vehicles, fitters and troop-carrying vehicles. Having a fleet of LAVs of a common baseline configuration reduces training and long-term maintenance costs. 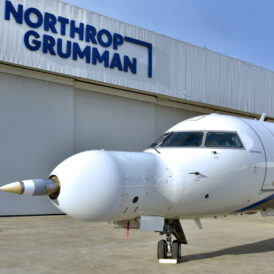